For more than twenty-five years, the illustrations in the extraordinary Mysteries of Harris Burdick by Chris Van Allsburg have intrigued and entertained readers of all ages. Thousands of children have been inspired to weave their own stories to go with these enigmatic pictures. Now we've asked some of our very best storytellers to spin the tales. Enter The Chronicles of Harris Burdick to gather this incredible compendium of stories: mysterious, funny, creepy, poignant, these are tales you won't soon forget. Benjamin Bloomswell is pleased to be staying with his uncle in America while his parents are off on another business trip. It’s like a vacation. But when a series of newspaper articles, telephone calls and mysterious disappearances result in his being sent to – and having to escape from – a sinister orphanage and the criminals who run it, he knows he’s somehow got to find a way back to Europe. He has to get to his sister’s boarding school before anyone else does. And
somehow, he has to find his parents, who are also in trouble. But how...


Posted by Mr Ripley's Enchanted Books on December 14, 2011 No comments: 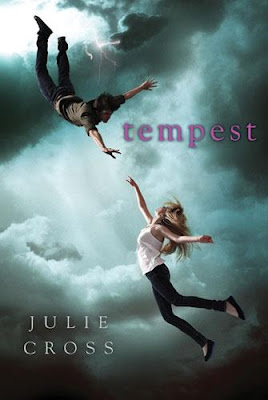 Jackson Meyer is hiding a secret. He can time-travel. But he doesn't know how he does it, how to control it or what it means. When Jackson, and his girlfriend Holly, find themselves in fatal danger, Jackson panics and catapaults himself two years into his past, further than he's ever managed before, and this time he can't find a way back to the future. All the rules of time-travel he's experienced so far have been broken and Jackson has no choice but to pretend to be his younger self whilst he figures out a solution. Jackson is tearing himself apart with guilt and frustration, wondering if Holly survived. He's also become the target of an unknown enemy force and it seems even his dad is lying to him. Jackson is racing against time to save the girl he loves, but to do that he must first discover the truth about his family and himself.

And stay alive.
Today - Jackson and Holly are in love
Tomorrow - She will lie dying in his arm
Yesterday - Jackson must undo it all


This is not necessarily a book that I would have picked up. However, I'm really pleased that I now have and to be honest at various stages, I found it really difficult to put down. You may be thinking (or perhaps you're not!) why I would not have automatically read this book? The reason why is that it's a teenage romantic love story with a mysterious theme. This is generally an area that I would normally steer away from - the paranormal-type romance which is a word that you certainly won't see very often on this blog! However, the secret agent part injects the story with both a male theme and perspective which, at times, helps to play down the romantic side.

I found the whole series of events to be rather well plotted. The nice Sci-Fi feel punched through at the end of the book which, whilst out of character, was well worth it. As a result, I feel that the author created a particularly well written debut book - two more books are due to be published within this series.

This book is fast paced and portrays a realistic teenage college-life. It features interesting science elements and some great characters. One such character is Adam, otherwise known as a computer geek and Holly, who will probably epitomise most teenage boys dream of an ideal girlfriend!

All in all this book was very enjoyable to read - it didn't feel like a book aimed at teenage girls. The sad, fresh and cool amalgamation of genres made this such a fantastic read, which I feel will be loved by all who can get their hands on a copy to read. I certainly hope that we get more of these successful ingredients within the next book.

Check out http://juliecross.blogspot.com/ for a bonus prequel short story which is available for free......

Many thanks to Sally for sending a copy of this book to me.
Posted by Mr Ripley's Enchanted Books on December 13, 2011 1 comment:

Finally Mr Ripley's book cover wars has now come to an end. After nearly two months of gruelling battles a final worthy winner can be announced.

As usual I would like to thank the many people who got behind this little idea of mine. Although this idea is now in its third year, I still find the whole process tremendously exciting and interesting. Therefore, I  hope you all had as much fun as I did - either as an observer or a contender.

This year over 698 votes were in the final alone. However, over two months around 3,000 votes hit the site, which just highlights the passion that this competition generates. Anyway, without further ado I'd like to award the title of 'Mr Ripleys Book Cover Wars 2011 book cover of the year' to . . . . . . .  CURTIS JOBLIN for the UK book cover - 'Werewolf: Shadow of the Hawk' published by Puffin January 2012.

Curtis now finds himself in the Ripley Hall of Fame where he accompanies the following two past winners:
2009 Jon Mayhew 'Mortlock'
2010 Darren Shan 'Birth of a Killer' illustrated by David Wyatt
2012 Curtis Joblin ''Werewolf: Shadow of the Hawk' illustrated by Andrew Farley


The winner of the competition will be picked either later today or tomorrow - thank you again, one and all for your support and enthusiasm over the last two months.
Posted by Mr Ripley's Enchanted Books on December 07, 2011 1 comment:

Max Pendragon is probably the worst squire in King Arthur's kingdom – he'd much rather train to be a wizard instead. So when he accidentally invents a spell that turns people into frogs, it seems his wish might come true.

But events take an unexpected turn when Max enters the Novices' Spell-Making Competition and finds himself helping Merlin fight an evil sorceress. There's no way Max's unpredictable frogspell could be of any use.


Published by Templar 1st Sep 2011
To find out more take a look at http://www.frogspell.co.uk/books


About The Author
C. J. Busby was brought up on boats and in caravans in the southeast of England and north Wales. She lived in south India for a year for her PhD, and then taught Social Anthropology at universities in Edinburgh, London and Kent. She lives in Devon and has three children and currently works on environmental issues with schools, and is a copyeditor for an academic press. Her first picture book text, The Thing, was shortlisted for the Nickelodeon Jr national Write a Bedtime Story competition. Frogspell is her first full-length book for children.

Posted by Mr Ripley's Enchanted Books on December 07, 2011 No comments:

Sarah Prineas - Winterling - Published by HarperCollins - January 3 2012
“We live here, my girl, because it is close to the Way, and echoes of its magic are felt in our world. The Way is a path leading to another place, where the people are governed by different rules. Magic runs through them and their land.”
With her boundless curiosity and wild spirit, Fer has always felt that she doesn’t belong. Not when the forest is calling to her, when the rush of wind through branches feels more real than school or the quiet farms near her house. Then she saves an injured creature—he looks like a boy, but he’s really something else. He knows who Fer truly is, and invites her through the Way, a passage to a strange, dangerous land.
Fer feels an instant attachment to this realm, where magic is real and oaths forge bonds stronger than iron. But a powerful huntress named the MÓr rules here, and Fer can sense that the land is perilously out of balance. Fer must unlock the secrets about the parents she never knew and claim her true place before the worlds on both sides of the Way descend into endless winter.

Anne Nesbet - The Cabinet of Earth - Published by HarperCollins - January 3 2012
To protect her baby brother James, 12-year-old Maya has to take on the magical underworld of Paris, in which houses have bronze salamanders for door handles, the most beautiful people are all hooked on the sweet-smelling “anbar,” and a shimmering glass Cabinet of Earths has chosen Maya to be its next keeper.
". . . All at once the world went very still. She was floating; she was underwater: all the room’s sound was replaced by a throbbing hum, light streaking slowly away from everything it touched. She stretched one hand out (the air was as thick as syrup; her arm moved with the slow grace of an aquatic plant) and tried to say something, but her voice was gone, too.
......Maya......
The cabinet itself was calling to her . . ."