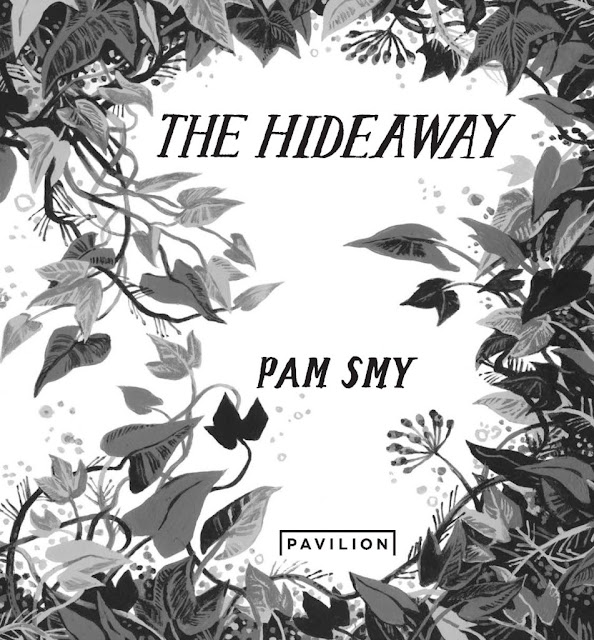 At Mr Ripley's Enchanted Books, this is one of our favourite books for September 2021 - The Hideaway by Pam Smy. It is an eagerly awaited novel since the author's first groundbreaking book - THORNHILL - which was published to great acclaim in 2017. The author and illustrator captured our imagination with the bold tonal black and white drawings which also feature in her new book. However, this is where the similarities stop as the novel is based on a brilliantly original and captivating story that conveys powerful themes which have been expertly incorporated into this middle-grade read.

The story follows a young boy called Billy who runs away from home and seeks out a place of refuge.  He remembers an overgrown graveyard and hides out in an old disused pillbox (a concrete dug-in guard post that was used in World War 2). The book is powerfully woven using two narratives: one filled with mystery and full of escapism whilst the second conveys a family life filled with domestic abuse and loneliness. This is a book that charters new waters with a huge emotional paddle. It highlights the thought-provoking reality for some families but is told with great understanding and sensitivity.

There is also a lighter side which cuts through the seriousness of the story. Again, this has been expertly and skillfully done through both the narrative and the wonderful illustrations. Whilst Billy McKenna is hiding in the graveyard, he meets a mysterious elderly man who is tending the graves in preparation for a special day. It's All Souls’ Eve in November when something magical is set to happen. This captures brilliant moments and the empathy that Billy has for the gravestones and the dead. It ties the story together and helps cut through the serious situation in the plot that the children and their families are dealing with.

This is a fantastically compelling story that is told from the heart. It's a book to absorb long after you finish the last page as it's not just a story but a journey. It's a discovery and uncovering that will both touch and tug at your emotions. Yet, the lighter side of the story is a really welcomed and refreshing touch that will let your imagination fly as the supernatural ability brings things together in a black and white illustrated world. This is an important book to seek out and read as it may give some readers, both old and young, some comfort and solace when times are hard. It's our recommendation for this year and beyond. We hope you will take this journey and that it will have an impact on your life like it did ours. 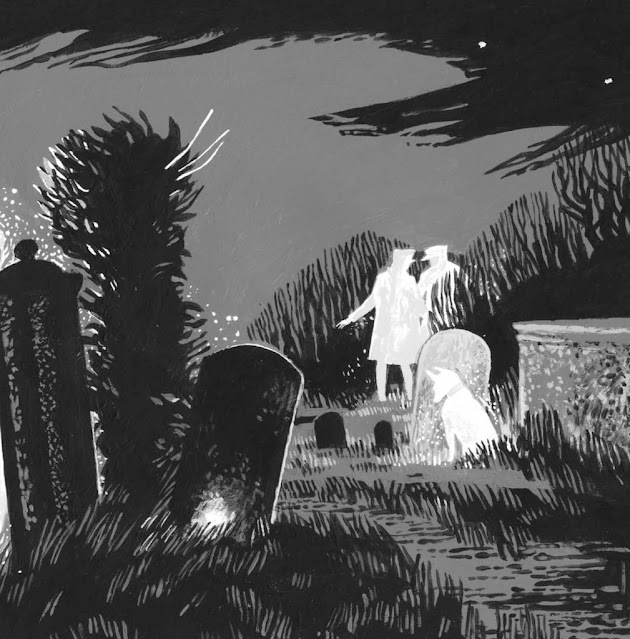 Posted by Mr Ripley's Enchanted Books on September 13, 2021 No comments: