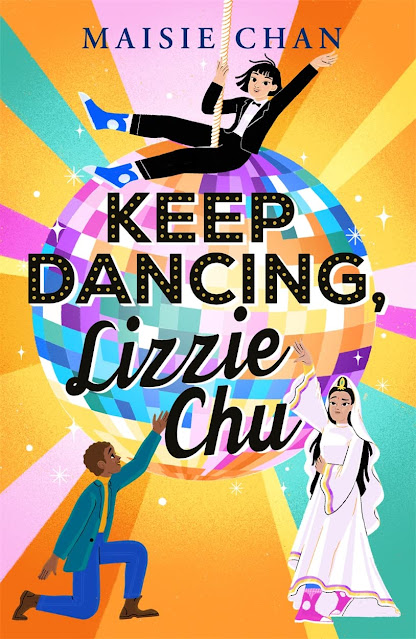 Hello Everybody! This week we have another wonderful interview; I'm delighted to introduce Maisie Chan, who is the author of Danny Chung Does Not Do Maths. Her latest book is Keep Dancing Lizzie Chu and was only published this month (June 2022) by Piccadilly Press. In this interview, we are given a fantastic insight into the author, her relationship with her stories, and the characters of the books. I have really enjoyed reading the author's responses to the questions and hope these inspire you to pick up a copy of the book, which can be purchased here (BUY BOOKS HERE.)
When I sold Danny Chung Does Not Do Maths I had to pitch a second book. I wrote down a one page pitch about a Chinese goddess who comes to earth but she's had enough with being a goddess and wants to be human. That book isn't Keep Dancing, Lizzie Chu! However, I did want to keep the aspect of having a Chinese goddess in a more contemporary story. I had also written a teen novel about a girl who looks after her grandfather who has dementia, so I tried to put the two ideas together. I then wanted to infuse it with popular culture as I felt that TV and films had been a blessing over the lockdowns.
Well, I have some experience of being a young adult carer who looks after an older man, so I guess Lizzie has some links to me. Chi and Tyler her best friends aren't based on people I know. I did name some characters in the book using the names of my friends but the characters aren't them. Wai Gong (grandfather) is loosely based on my dad Ron, who had dementia and used to see someone he called 'Angel' so that sort of made it into the plot!
Lizzie loves roast dinners, so I reckon she would like roast chicken (with the skin on) on some white crusty bread with butter, maybe with a smear of mayo.
I used to go to British seaside towns a lot as a child. We didn't have money to go to fancy places like....Benidorm! We would go to Blackpool on the coach and see the illuminations. We also went to Rhyl and Barry Island a lot. I remember there was a swarm of flying ants one summer. It was my worst nightmare!
(Maybe that could be a good topic in a future book?) 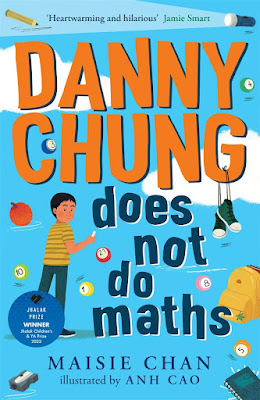 I had much less time to write Keep Dancing, Lizzie Chu than I did Danny Chung. My editor was there from the beginning, which wasn't the case during the early drafts of Danny Chung. I think having an expert there in the early stages really helps so there are fewer drafts needed as they can steer you in the right direction a bit earlier. What I did differently with Lizzie Chu was to have a much stronger opening chapter where there is more action and tension.
There are fewer British Chinese cultural elements in Keep Dancing, Lizzie Chu and this was because unlike Danny Chung, I wasn't trying to introduce British Chinese culture to those who didn't know much about it. I wanted the story to be about a girl who really wants to do a nice thing for her grandad, and they're fairly British in the sense that they speak English to each other and aren't always eating 'Chinese' food (which to Chinese people is just called 'food'!). There are aspects of Chinese stories in the book. I used to dress up as Guan Yin when I was a storyteller, she's the goddess of compassion and mercy. So there are stories about her that are Chinese. She's one of the most beloved Chinese deities. Later on, I put in the Journey to the West story which is one of the most famous Chinese novels of all time. So the journey of Lizzie and the gang, mirrors the journey in that famous story which has the Monkey King in it.
I think Lizzie would dance to Cha-Cha-Slide which has elements of the cha cha cha but also is funky! I really like all kinds of music, old-school hip hop, RNB, Soul, Pop, World Music and Classical music. I like dancing, but I'm definitely not great at it! I can't do routines! But I can freestyle!
Writing books for children is very special. I think there are multiple levels of things going on when you write for children. The most important is the story. Then books can promote empathy. Some children can see themselves for the first time when reading my book. That's important to me as I didn't have a book like Danny Chung or Lizzie Chu when I was growing up. There was nothing at all, and they still remain very few books like mine out there which is a shame. I've had many adults tell me that they enjoyed Danny Chung and I think Keep Dancing, Lizzie Chu will appeal to adults too, especially if they like Strictly Come Dancing!

Posted by Mr Ripley's Enchanted Books on June 21, 2022 No comments: