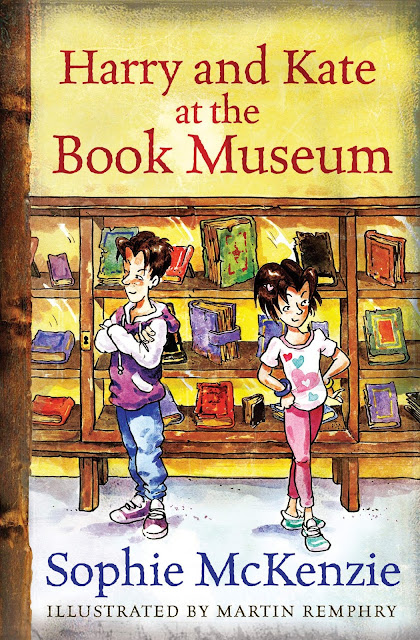 The old books in the museum are worth a lot of money. So, when Harry and Kate spot a man acting oddly, they decide to investigate! A brilliantly accessible short story with a reading age of 6, Harry and Kate at the Book Museum is designed to help severely struggling, reluctant and dyslexic readers aged 8+ 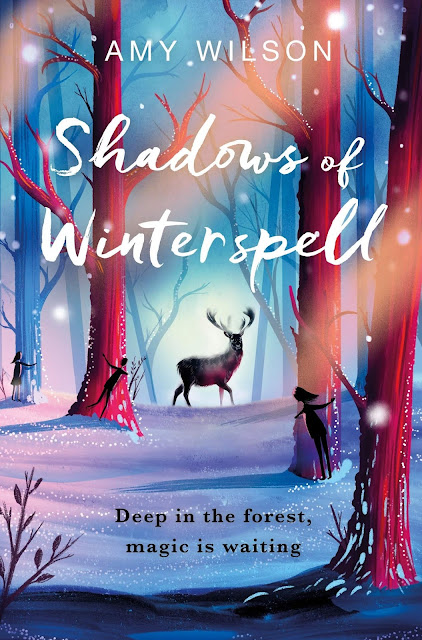 Deep in the forest, magic is waiting . . .
Sparkling with frost and magic, Shadows of Winterspell will sweep you up in a world of friendship and magic, to uncover family secrets and find out who you really are.
Stella has been living behind the magic of the forest for most of her life. Lonely, she enrolls at the local school, and as she begins to make friends, she discovers that she is even more different than she thought. But as autumn turns to magical winter, Stella realizes that uncovering her own family secret is the only way to release the forest from the grip of a dark and old magic.
A wintery magical adventure from the critically-acclaimed Amy Wilson, author of A Girl Called Owl. 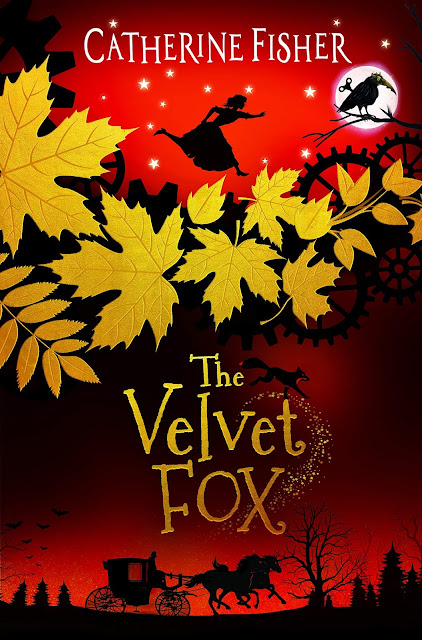 After rescuing Tomas from enchantment, orphan Seren Rhys is enjoying her first summer at Plas-y-Fran. But as autumn arrives, it brings with it a mysterious new governess who seems intent on drawing Tomas away from Seren and his family. Dangerous figures from a bewitched toy carousel stalk the house and, fearing the worst, Seren calls on the clockwork crow to help her. But can he reach her in time, and will Tomas be able to escape the magical creatures threatening to ensnare him, led by the Velvet Fox? 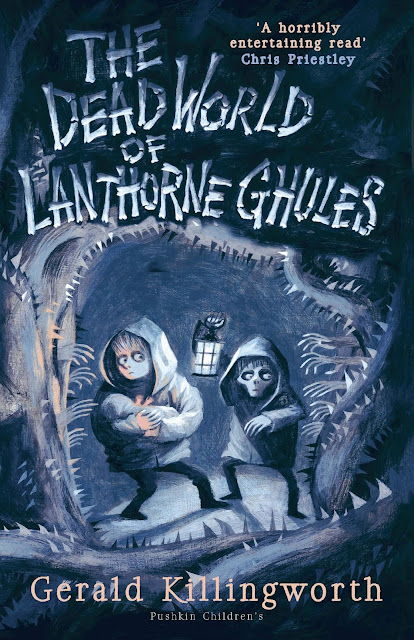 Do you dare to enter the Dead World?
Welcome to the Dead World of Lanthorne Ghules - a place just on the other side of that door, a grey place with a dreadful secret. A boy called Edwin stumbles from our shiny world into this twilit one in search of something very precious to him. The only person who can help him is Lanthorne Ghules, a frightened boy his own age who is trying to escape the horrifying old ways.

In this inventive, funny and at times scary book, author Gerald Killingworth plunges us into a land of thrilling horror, full of menacing creatures and rotten surprises. It is a dangerous place, but there is kindness too - you just need to find it. 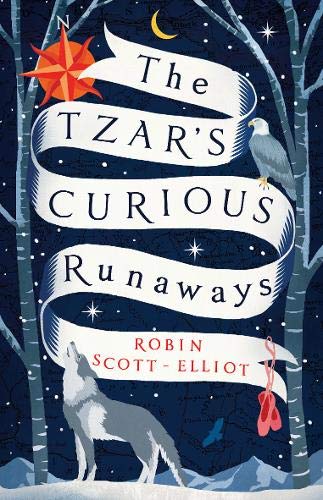 A magical, captivating tale of adventure set in imperial Russia. St Petersburg, Russia 1725. Katinka Dashkova is running for her life because everything she knows is changing. Katinka, a dazzling ballerina with a hunched back, and her friends Alexei the Giant and Nikolai the dwarf are different. That's why they are part of Peter the Great's Circus of Curiosities. But the Tzar is dead and they must flee the Winter Palace. Guided by a special map, they set out across Russia running for their lives. An enthralling and delicious blend of history and fiction.
Posted by Mr Ripley's Enchanted Books on September 17, 2019 No comments: 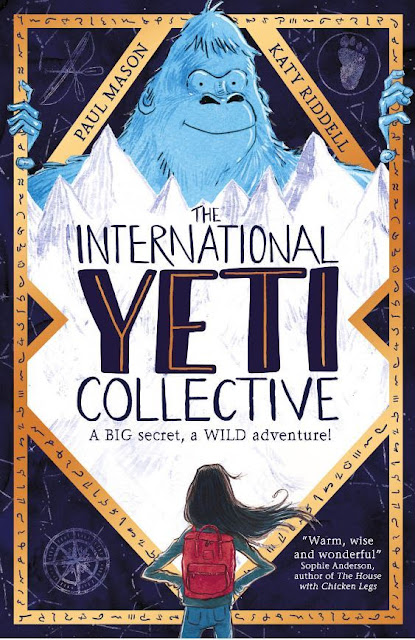 The International Yeti Collective is the first installment in a brand new series by Paul Mason. The book will swing its way from fantasy into reality on 17th October, 2019. It is being published by the mighty Stripes Publishing Company. The finished copy has been beautifully illustrated by Katy Riddell, daughter of the former Children's Laureate, Chris Riddell. Unfortunately, the illustrations are missing from my advanced copy, however, the book cover image is absolutely fantastic. It invites the reader into a wild adventure that is a real delight and a joy to read.

The story instantly transports the reader to the fantastic backdrop of the Himalayas in search of the elusive Yeti. The author draws upon these mythical creatures to whip up the fantasy and get the reader galloping through the pages. He has crafted a brilliant backdrop which may have been inspired from his home (an island in New Zealand). As you follow Ella and her broadcasting explorer uncle, you will be hurtled into a thrilling action-adventure that covers many themes that are incredibly relevant and topical today. The story playfully brings attention to climate change, habitat destruction, and other ecological themes. This underlying message is cleverly woven into the fabric of the story and will resonate with many readers.

The split narrative will cleverly show you both sides of the story as the rolling mist and the snap of twigs take you into a land of escapism.  You only have to turn the first pages before being introduced to the main character Tick and the secretive collective. Unfortunately, the lovable character and his inquisitive mind put all of the Yetis in danger. When humans arrive on the mountainside, he finds himself peering through the trees to get a closer look. Tick knows it's against Yeti law to approach humans as it threatens the existence of Yeti all over the world and the natural balance of nature they bring to the planet. However, he just can't help himself!

This is a fantastic family read full of hairy warmth, hope, friendship and putting things right within the world. You will experience an uplifting and heartfelt plot packed full of excitement and exhilarating moments. The story is easy to read and full of wit, empathy, and humour. The story is imaginative and very cleverly written. I loved the broadcasting angle of the story which brings it all neatly together and creates some fantastically surreal moments. I also loved the reference and introduction to some of the nineteen different Yeti setts as highlighted in the Encyclopedia Yetannica! This is a great book for discussion both in the classroom and at home. I certainly can't wait for the next book in the series - I'm eagerly anticipating a fantastic sequel.

View this post on Instagram
The International Yeti Collective has been sent off to print today! Had so much fun working on this book
A post shared by Katy Riddell (@katyriddell_illustration) on Aug 9, 2019 at 9:07am PDT

Posted by Mr Ripley's Enchanted Books on September 16, 2019 No comments: 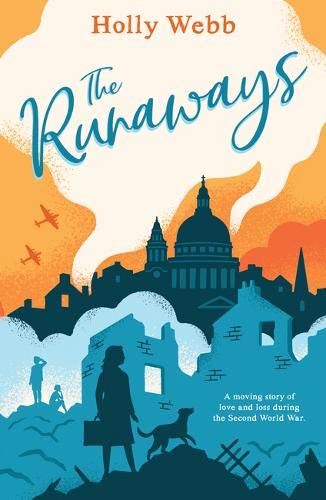 It's London in the late 1930s, and the Second World War is imminent. When a young Londoner called Molly hears that the children in her neighbourhood are being evacuated, she feels relieved. The war scares her, and living in the city means living in the heart of danger.
However, Molly's relief is short-lived because her mum refuses to let her go, telling her that she has to stay and help with the war effort. And that's not all - times are tough, and food is already being rationed, which means there's not enough for people, let alone pets. This means that Molly's beloved dog Bertie is now considered "surplus to requirement".
So Molly decides to escape.
Stowing away on a train, Molly makes it to the country, but once there the reality of her situation dawns on her: she doesn't know where she is or who to trust. It's not until Molly comes across two other runaways that she starts to feel safe again. Maybe, just maybe, with each other's help, they have a chance of overcoming the trials put in front of them. 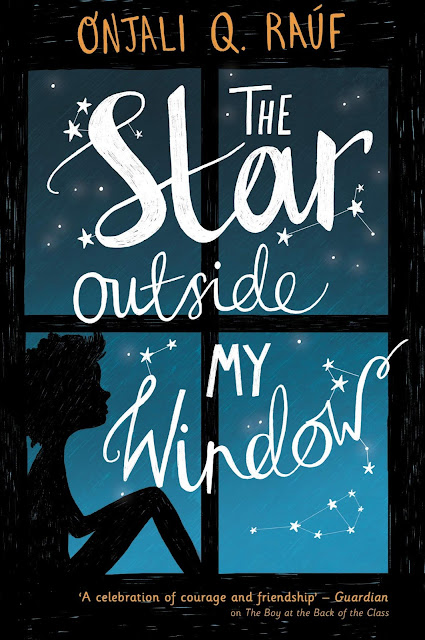 Onjali Rauf - The Star Outside my Window - Published by Orion Children's Books (3 Oct. 2019)

Following the disappearance of her mum, 10-year-old Aniyah suddenly finds herself living in foster care. With her life in disarray, she knows just one thing for sure: her mum isn't gone forever. Because people with the brightest hearts never truly leave. They become stars.
So when a new star is spotted acting strangely in the sky, Aniyah is sure it's her mum, and she embarks on the adventure of a lifetime to make sure everyone else knows too -- an adventure that involves breaking into the Royal Observatory of London, a mischievous scurry of squirrels and the biggest star in Hollywood... 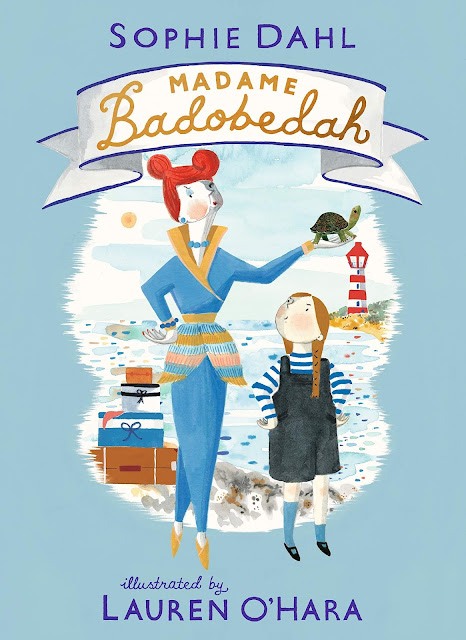 A timeless story celebrating friendship and imagination, from an exciting new voice in children's literature.
Mabel lives with her parents in The Mermaid Hotel, by the sea. Mabel likes to keep an eye on the comings and goings of all the guests. Then one day a particularly in-ter-est-ing old lady comes to stay. There is something very suspicious about her, with her growly voice and her heavy trunks and her beady-eyed tortoise. And why does no one know her REAL name? There can only be one answer, Mabel decides ... this guest is a SUPERVILLAIN. 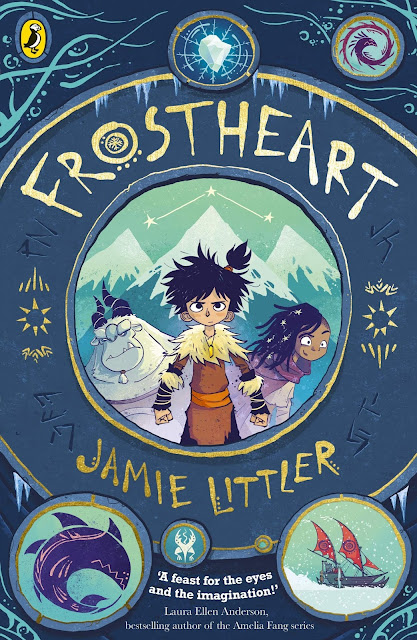 Jamie Littler - Frostheart - Published by Puffin (3 Oct. 2019)
Bursting with brilliant characters, heart-stopping adventure and tons of laughs, this magical tale is perfect for fans of Nevermoor, Frozen and How to Train Your Dragon!
Way out in the furthest part of the known world, a tiny stronghold exists all on its own, cut off from the rest of human-kin by monsters that lurk beneath the Snow Sea.
There, a little boy called Ash waits for the return of his parents, singing a forbidden lullaby to remind him of them... and doing his best to avoid his very, VERY grumpy yeti guardian, Tobu.
But life is about to get a whole lot more crazy-adventurous for Ash.
When a brave rescue attempt reveals he has amazing magical powers, he's whisked aboard the Frostheart, a sleigh packed full of daring explorers who could use his help. But can they help him find his family . . . ?
Posted by Mr Ripley's Enchanted Books on September 05, 2019 No comments: