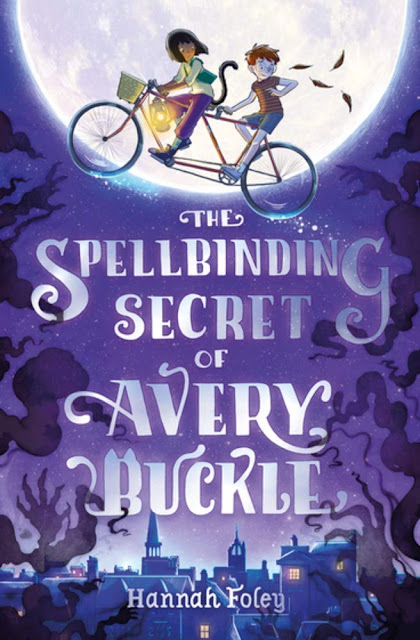 Part-girl, part-cat, Avery Buckle has always known she's a little different (after all, her tail is a bit of a giveaway). What Avery doesn't know is that she is the only one who can uncover a forgotten magical secret and bring back a great lost wizard. Teaming up with shape-shifting best friend Low, and with help from her witch guardians, Avery is plunged into a haphazard world of shadowy monsters, bewitched libraries and flying bicycles. Grab your enchanted tandem bike and hold on tight! Wildly inventive and packed with fantastical thrills, The Spellbinding Secret of Avery Buckle is a warm and quirky whirlwind of an adventure, full of magical heart. 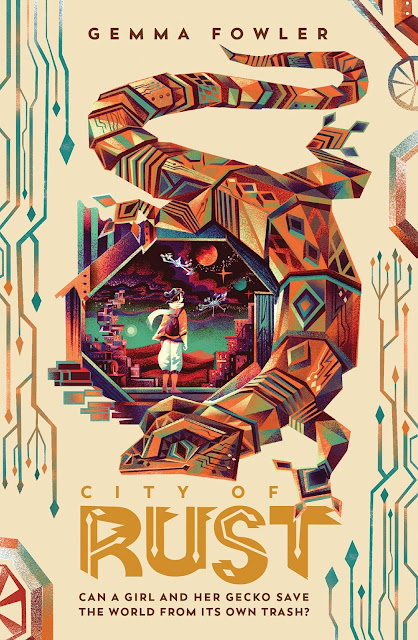 An out-of-this-world sci-fi adventure for a new generation!

Railey dreams of winning the drone races with her bio-robotic gecko friend, Atti. But when a bounty hunter crashes their biggest race yet, the pair are forced to flee to the feared Junker clans who mine the rubbish orbiting the Earth.Rescued by a couple of Junker kids, they discover a danger bigger than anything they'd imagined - but can three kids, a gecko and an ancient computer save the world against the huge trash bomb (and its power-crazed creator) threatening to destroy the world?The fun, original and thrilling middle-grade debut from Gemma Fowler. 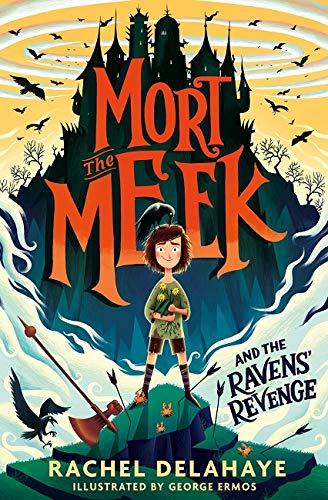 Rachel Delahaye (Author), George Ermos (Illustrator) - Mort the Meek and the Ravens' Revenge - Published by Stripes Publishing (4 Mar. 2021)
The first in a wickedly funny new series about an aspiring pacifist in a brutal kingdom!
On Brutalia violence is a way of life. Ravenous ravens circle overhead, monstrous grot bears cause chaos and the streets are bulging with brawls. But Mort isn’t like the other islanders – he’s determined to live peacefully. His struggle is made even tougher when the cruel queen appoints Mort as Royal Executioner. No one has challenged the royals and lived to tell the tale. Can Mort keep his head and outwit the queen?
Perfect for fans of the HOW TO TRAIN YOUR DRAGON series, FROSTHEART and THE NOTHING TO SEE HERE HOTEL. 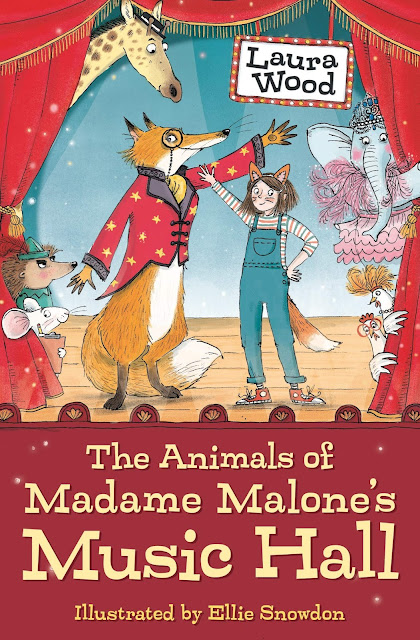 Summer by the seaside with Gran isn't exactly what Callie expected. Instead of sunshine and ice cream, she's stuck helping Gran's drama group save their local theatre. Worst of all, they've asked her to star in their play. But when she goes exploring backstage, Callie stumbles into an altogether different world - another theatre, run by a wise fox and her troupe of talking animals. And the strangest part of all? Callie's set to play the lead in their show too. Forced to face her fears will Callie be up to the challenge of saving Madame Malone's Music Hall? A cast of creative creatures take centre stage in this theatrical Barrington Stoke debut from Blue Peter Book Award shortlisted author Laura Wood. Particularly suitable for struggling, reluctant or dyslexic readers aged 8+
Posted by Mr Ripley's Enchanted Books on March 01, 2021 No comments: 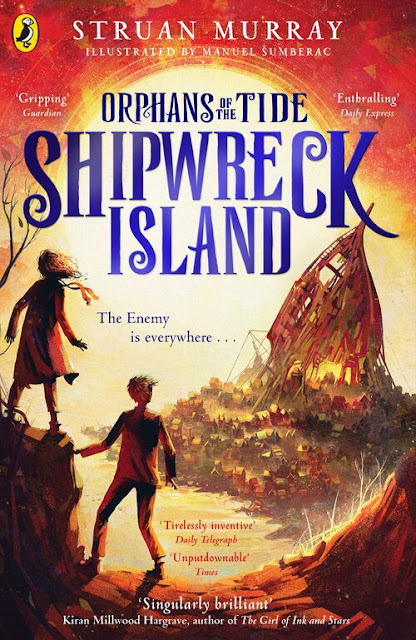 Ellie and Seth's breathtaking magical adventure continues in the sequel to the much-loved Orphans of the Tide.

After defeating the Enemy and escaping the Inquisition, Ellie and Seth have fled the City and crossed the endless ocean in search of peace and the truth about Seth's lost memories.

Arriving on the shores of a colourful tropical island ruled by a mysterious queen, it seems their hardships may be behind them. But there is trouble brewing in paradise, and soon Ellie and Seth find themselves caught up in a dangerous struggle for power - and forced to confront terrible truths from the past . . . 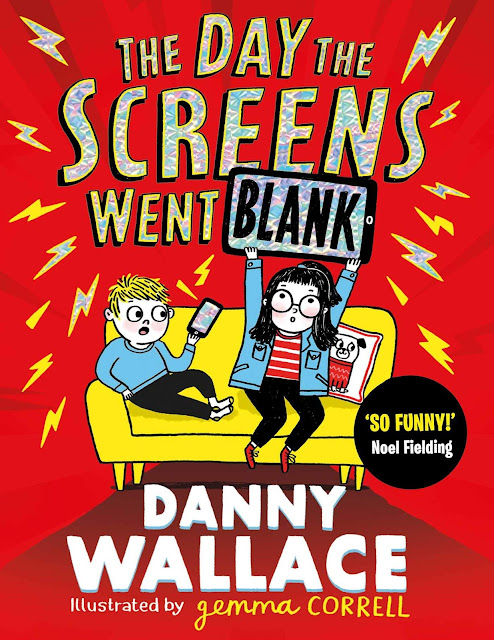 Danny Wallace & Gemma Correll -  The Day the Screens Went Blank - Published by Simon & Schuster Children's UK (18 Mar. 2021)
A hilarious middle-grade road-trip adventure from bestselling author, comedian, and presenter Danny Wallace, with illustrations throughout from Gemma Correll. Perfect for fans of Liz Pichon and David Baddiel!Imagine if all the technology in the world just . . . STOPPED.When ten-year-old Stella wakes up to discover a world full of BLANK screens, her family, town, and in fact, the whole world seems to have been thrown into chaos. And what about poor Grandma who is stranded at the other end of the country?Cue a rollicking madcap road trip, full of driving disasters and family fallouts, as they set off on a rescue mission. And along the way Stella and her family discover that being away from screens might not be the Worst Thing Ever, and even though they might not be able to rely on technology anymore, they can rely on each other instead. 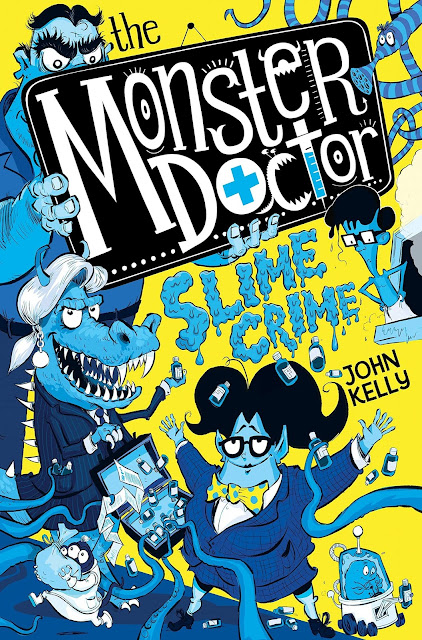 John Kelly - The Monster Doctor: Slime Crime - Published by Macmillan Children's Books  (4 Mar. 2021)
Are you looking for the best monster medicine EVER?Then look no further! FIXITALL will heal tentacle pain, fix leaky noses and stop your limbs falling off – in fact, it will heal practically any common monster illness. (It must be true, because it says so right there on the packet.)When an annoying saleswoman called Ms Diagnosis arrives at the monster doctor surgery, she swears that her new wonder medicine can cure any monster malady. Ozzy and the monster doctor aren't so sure, and their suspicions are raised when the patients try the unusually slimy samples and strange things start happening . . . Laughter is the best medicine, so give yourself a healthy dose of fun and silliness with Monster Doctor: Slime Crime. The third in a spectacularly slimy series of monster adventures written and illustrated by John Kelly that will have you roaring with laughter 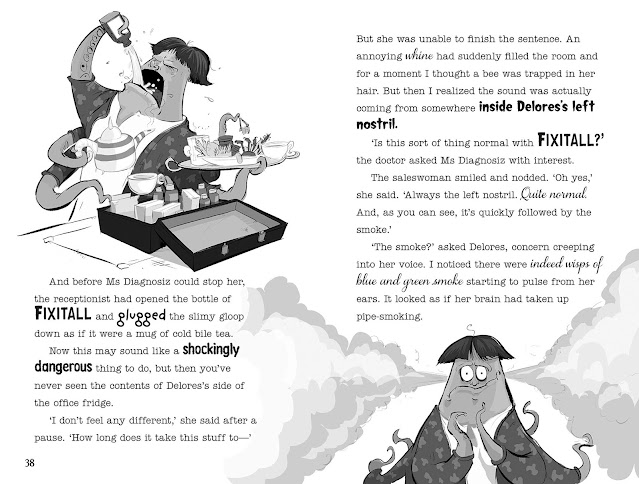 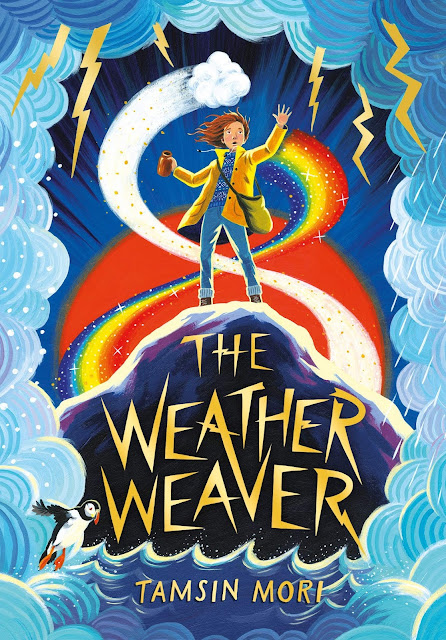 What if you could befriend a cloud?

What weather would you choose?

What if the weather matched itself to your mood, whether you wanted it to, or not?

11-year-old Stella has returned home to Shetland to spend the summer with her Grandpa, but it's nothing like she remembers. Grandpa is lost in his grief for Gran, the island is bleak and Stella feels trapped, until she encounters an old woman, Tamar, who can spin rainbows and call hurricanes. With the help of Nimbus, a feisty young storm cloud, Stella begins to learn the craft of weather weaving. But when her cloud brain-fogs Grandpa and The Haken (a sea witch) starts to close in, she realises that magic comes with big responsibilities. It will take all her heart and courage to face the coming storm...

Posted by Mr Ripley's Enchanted Books on February 20, 2021 No comments: