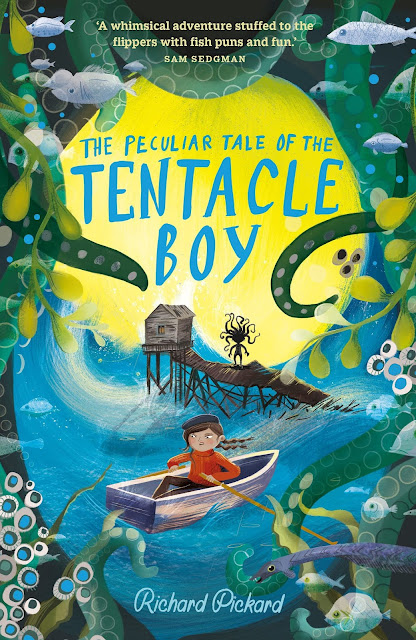 Marina lives in Merlington, a fish-obsessed seaside town. Unfortunately, she doesn't care for fish; she loves telling stories.Marina finds her best story yet when she explores the ruined, haunted pier: a boy called William with a head of tentacles and crab claws for hands. He has lived on the pier all his life, cared for by a fisherman who has since disappeared and who warned him always to remain hidden.Together, the pair resolve to unravel the mystery of his past – but danger isn't far away ... 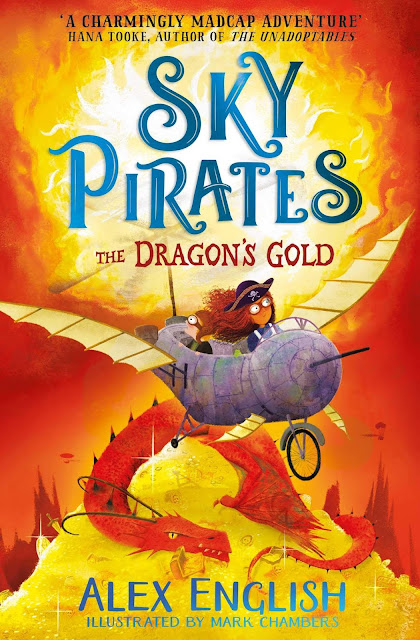 Alex English (Author), Mark Chambers (Illustrated) - Sky Pirates: The Dragon's Gold - Published by Simon & Schuster Children's UK (5 Aug. 2021) - Paperback
Echo Quickthorn has been reunited with her sky-pirate mother, Indigo Lil, and is now a fully-fledged member of the Black Sky Wolves. So when Lil is summoned to the Alliance of the Seven Skies, Echo decides to sneak along with her friend Horace. There, Horace is captured by the dastardly Thunder Sharks, a rival pirate clan, who present Echo with an ultimatum: they’ll release her friend in exchange for the legendary dragon’s gold ...Echo must journey – through underwater libraries and active volcanoes – to the inhospitable Dragonlands, in order to find the dragon’s lair. But can she find the treasure and prove herself to be a true-sky pirate? 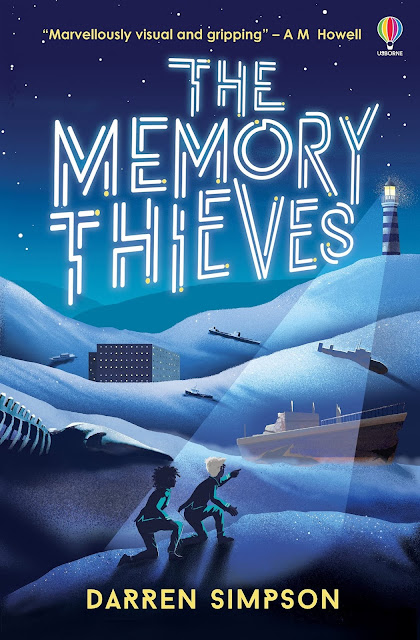 What you don't remember can't hurt you... Cyan has lived at the Elsewhere Sanctuary for as long as he can remember, freed by Dr Haven from dark memories of his past life. But when Cyan finds a mysterious warning carved into the bones of a whale skeleton, he starts to wonder what he had to forget to be so happy. New resident, Jonquil, begins to resist the sanctuary's treatment, preferring to hold on to her memories - even the bad ones. So when Dr Haven resorts to harsher measures, Cyan embarks on a secret mission to discover the truth about the sanctuary...and himself. 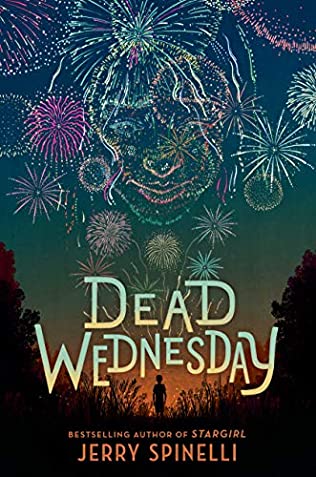 Worm Tarnauer has spent most of the eighth grade living down to his nickname. He prefers to be out of sight, underground. He walked the world unseen. He’s happy to let his best friend, Eddie, lead the way and rule the day. And this day―Dead Wednesday―is going to be awesome. The school thinks assigning each eighth grader the name of a teenager who died in the past year and having them don black shirts and become “invisible” will make them contemplate their own mortality. Yeah, sure. The kids know that being invisible to teachers really means you can get away with anything. It’s a day to go wild! But Worm didn’t count on Becca Finch (17, car crash). Letting this girl into his head is about to change everything. Jerry Spinelli tells the story of the unexpected, heart\-breaking, hilarious, truly epic day when Worm Tarnauer discovers his own life. 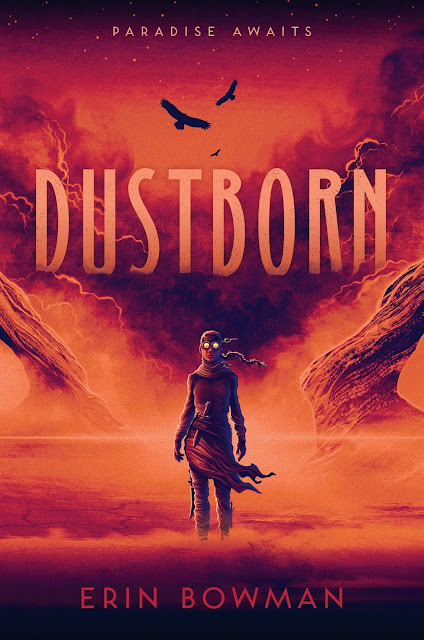 Erin Bowman - Dustborn - Published by HMH Books for Young Readers (April 20, 2021)
Delta of Dead River sets out to rescue her family from a ruthless dictator rising to power in the Wastes and discovers a secret that will reshape her world in this postapocalyptic Western mashup for fans of Mad Max and Gunslinger Girl.

Delta of Dead River has always been told to hide her back, where a map is branded on her skin to a rumored paradise called the Verdant. In a wasteland plagued by dust squalls, geomagnetic storms, and solar flares, many would kill for it—even if no one can read it. So when raiders sent by a man known as the General attack her village, Delta suspects he is searching for her.

Delta sets out to rescue her family but quickly learns that in the Wastes no one can be trusted—perhaps not even her childhood friend, Asher, who has been missing for nearly a decade. If Delta can trust Asher, she just might decode the map and trade evidence of the Verdant to the General for her family. What Delta doesn’t count on is what waits at the Verdant: a long-forgotten secret that will shake the foundation of her entire world.
Richly drawn, with harrowing escapes from dust storms across parched land and a general sense of blistering doom…Readers will be left to ponder the sometimes warring forces of hope and truth—right after they find a cool drink of water. 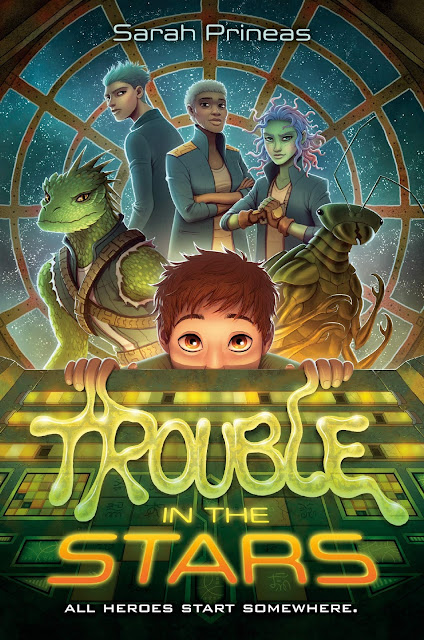 Sarah Prineas - Trouble in the Stars - Published by Philomel Books (April 27, 2021)
Trouble knows two things: they are a shapeshifter, and they are running from something--but they don't know what. So when the StarLeague--shows up, Trouble figures it's time to flee.Changing from blob of goo form, to adorable puppy form, to human boy form, Trouble stows away on the Hindsight, a ship crewed by the best navigators and engineers in the galaxy, led by the fearsome Captain Astra. As the ship travels, Trouble uses the time to figure out how to be a good human boy, and starts to feel safe. But when a young StarLeague cadet shows up to capture Trouble, things get complicated, especially when Trouble reveals a shapeshifter form that none of them could have expected. Soon a chase across the galaxy begins. Safety, freedom, and home are at stake, and not just for Trouble.From acclaimed author Sarah Prineas comes a rip-roaring outer space adventure about an oddball hero, a crew of misfits, and finding family where you least expect it. 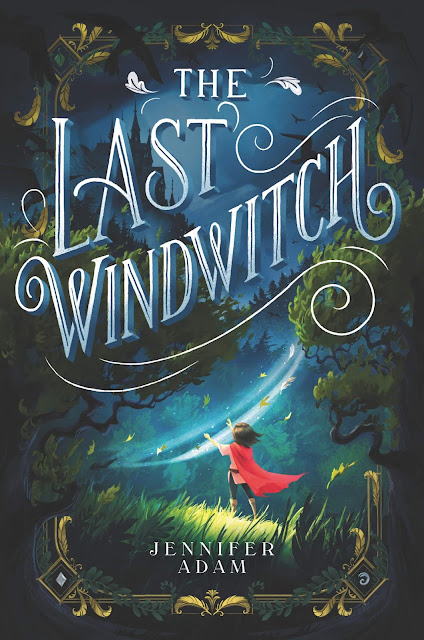 Fans of Shannon Hale and Kelly Barnhill will delight in this charming and richly imagined middle-grade fantasy debut, featuring a wicked queen, magical animals, a henchman with a golden heart, and a small girl with a great destiny.

Many years ago, in the kingdom of Fenwood Reach, there was a powerful Windwitch who wove the seasons, keeping the land bountiful and the people happy. But then a dark magic drove her from the realm, and the world fell into chaos.

Brida is content in her small village of Oak Hollow. There, she’s plenty occupied trying to convince her fickle magic to actually do what it’s meant to in her work as a hedgewitch’s apprentice—until she accidentally catches the attention of the wicked queen.

On the run from the queen’s huntsman and her all-seeing Crow spies, Brida discovers the truth about her family, her magic, and who she is destined to be—and that she may hold the power to defeating the wicked queen and setting the kingdom right again. 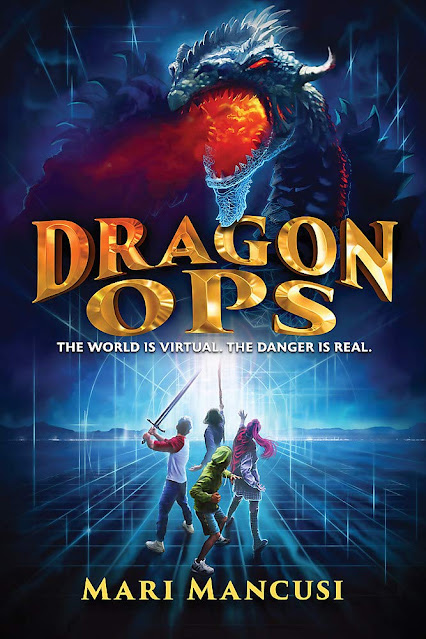 Mari Mancusi - Dragon Ops - Published by Little, Brown Books for Young Readers (April 13, 2021)
From the beloved author of The Once and Future Geek comes this action-packed adventure set in a futuristic world filled with magic, monsters, and high-tech video gaming.

One wrong move, and its game over.

Welcome to Dragon Ops, the world's first augmented-reality video-game theme park. Set on a once-deserted island, our three beta players—classic-gamer geek Ian; his adventure-seeking sister, Lily; and their too-cool-for-gaming cousin, Derek—have been lucky enough to score an invite to play before the fully immersive experience opens to the public.

But once inside, they find themselves trapped in a game taken over by a rogue AI dragon called Atreus, and suddenly the stakes go beyond the virtual world. With no cheat codes, guidebooks, save points, or do-overs, they'll need all their cunning and video-game hacks to beat the game . . . and survive in real life.

Action-packed and unputdownable, Dragon Ops will thrill gamers and reluctant readers alike with high-tech adventure and electrifying twists and turns.
By Mr Ripley's Enchanted Books on April 11, 2021 No comments: