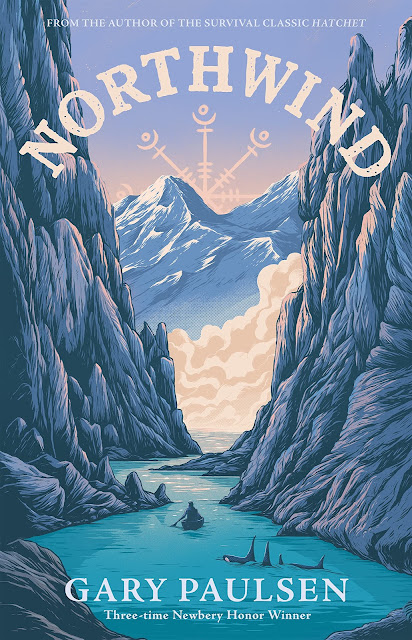 This stunning novel from the survival story master, set along a rugged coastline centuries ago, does for the ocean what Hatchet does for the woods, as it relates the story of a young person’s battle to stay alive against the odds, where the high seas meet a coastal wilderness.

When a deadly plague reaches the small fish camp where he lives, an orphan named Leif is forced to take to the water in a cedar canoe. He flees northward, following a wild, fjord-riven shore, navigating from one danger to the next, unsure of his destination. Yet the deeper into his journey he paddles, the closer he comes to his truest self as he connects to “the heartbeat of the ocean . . . the pulse of the sea.” With hints of Nordic mythology and an irresistible narrative pull, Northwind is Gary Paulsen at his captivating, adventuresome best. 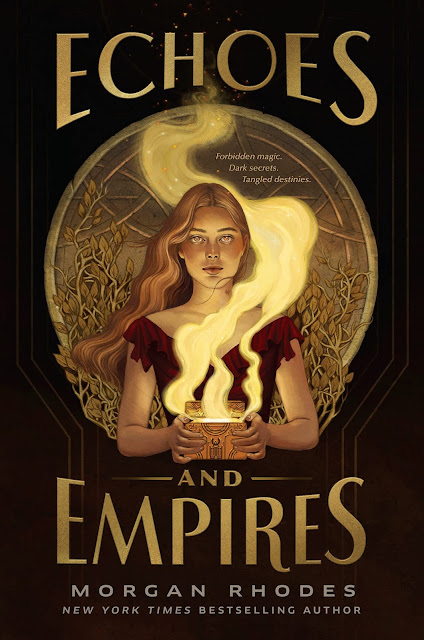 From the New York Times bestselling author of the Falling Kingdoms series comes the first book in a brand-new duology about forbidden magic and dangerous secrets, for readers of Victoria Aveyard and Margaret Rogerson.Josslyn Drake knows only three things about magic: it’s rare, illegal, and always deadly. So when she’s caught up in a robbery gone wrong at the Queen’s Gala and infected by a dangerous piece of magic—one that allows her to step into the memories of an infamously evil warlock—she finds herself living her worst nightmare. Joss needs the magic removed before it corrupts her soul and kills her. But in Ironport, the cost of doing magic is death, and seeking help might mean scheduling her own execution. There’s nobody she can trust. Nobody, that is, except wanted criminal Jericho Nox, who offers her a deal: his help extracting the magic in exchange for the magic itself. And though she’s not thrilled to be working with a thief, especially one as infuriating (and infuriatingly handsome) as Jericho, Joss is desperate enough to accept. But Jericho is nothing like Joss expects. The closer she grows to Jericho and the more she sees of the world outside her pampered life in the city, the more Joss begins to question the beliefs she’s always taken for granted—beliefs about right and wrong, about power and magic, and even about herself. In an empire built on lies, the truth may be her greatest weapon. 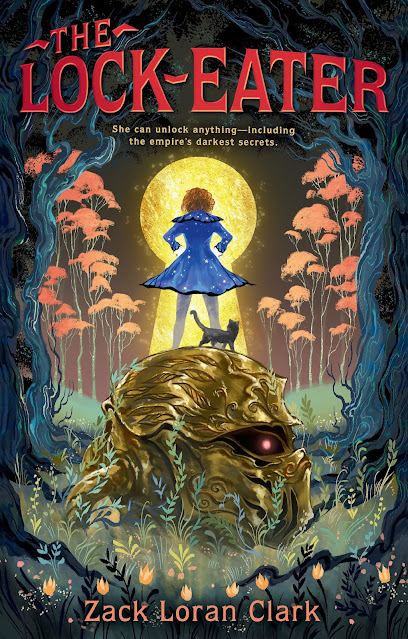 For fans of Nevermoor and Howl's Moving Castle comes an epic fantasy about a girl with the ability to unlock anything—including the empire's darkest secrets.

Melanie Gate is a foundling with a peculiar talent for opening the unopenable—any lock releases at the touch of her hand. One night, her orphanage is visited by Traveler, a gearling automaton there on behalf of his magical mistress, who needs an apprentice pronto. When Melanie is selected because of her gift, her life changes in a flash, and in more ways than she knows—because Traveler is not at all what he seems. But then, neither is Melanie Gate.  So begins an epic adventure sparkling with magic, wit, secret identities, stinky cats, fierce orphan girls, impostor boys, and a foundling and gearling hotly pursued by the most powerful and dangerous wizard in the land. Action-packed yet layered, The Lock-Eater is a mix of lush world-building, high stakes, humor, and emotional heft—a page-turner and so much more. 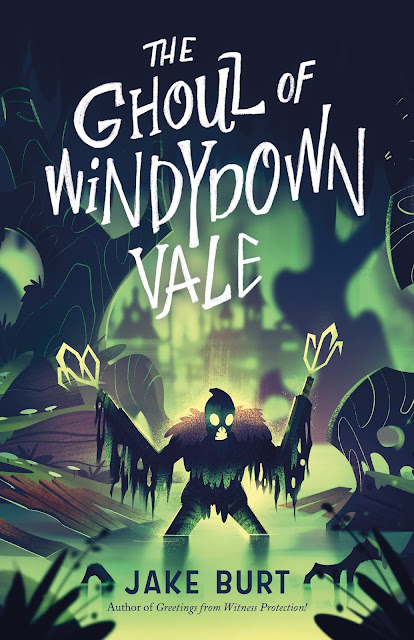 “Don't miss this book! It takes you to another world―and then terrifies you with surprise after surprise. Great ghoulish fun!” ―R. L. Stine, author of Goosebumps and Fear Street In this action-packed mystery from award-winning author Jake Burt, Copper Inskeep holds Windydown Vale's deepest and darkest secret: he is the ghoul that haunts the Vale, donning a gruesome costume to scare travelers and townsfolk away from the dangers of the surrounding swamps. When a terrified girl claims she and her father were attacked by a creature - one that could not have been Copper - it threatens not just Copper's secret, but the fate of all Windydown.

Posted by Mr Ripley's Enchanted Books on January 28, 2022 No comments:

This year we had an amazing book cover competition; one of the best for a long time. Therefore, we would like to thank every voter and supporter, illustrator, author, and publisher who got behind our little competition - the newly named Children's Book Cover Friendly Tussle. We've had five superb rounds of which you voted in your thousands (about six thousand votes in total) for 25 brilliant book covers. These truly reflect the wealth and talent of the many amazing illustrators who, at times, do not always get the credit they really deserve. The final managed to gather great momentum gaining an amazing 2913 votes. In the end, any of the top four book covers could have won due to the high number of votes they each received. So well done to everyone who supported the illustrators - you have done them proud.

The final came to a fantastic conclusion last night where we found another excellent winner... I'm delighted to announce that the winning book cover that caught the wind to success was by CHAAYA PRABHAT for the debut book by Michael Mann - GHOSTCLOUD. Check out more of her brilliant work on her website HERE. The book was published by Hodder Children's Books (7 October 2021) - well done to Samuel Perrett and the team for producing such a wonderful book. It really does deserve to join the hall of fame with all the past winners across the years. Many congratulations!

Welcome everybody to the GRAND FINAL of Mr Ripley's Enchanted Books favourite book cover. We have already run five fantastic heats so all the winners/highest runners-up are now ready for your VOTES once again. This is your chance to choose your favourite to be crowned the ultimate winner. So get your finger ready as it all starts NOW. Who will win this YEAR?

This week's voters prize is a £10 National Book Token, a book (Some Places More Than Others by Renee Watson) and a bar of chocolate. (Sorry open to the UK Only)

If you are interested all you need to do is:
So here are all seven book covers to vote for: 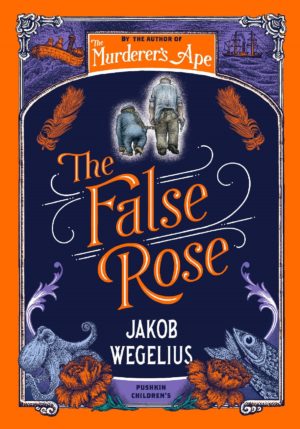 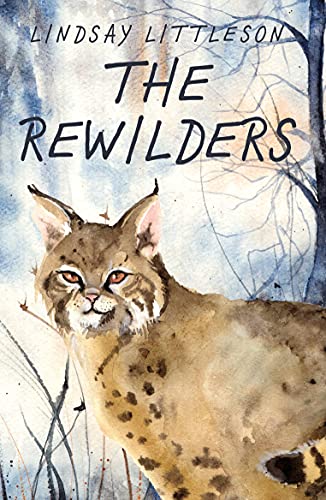 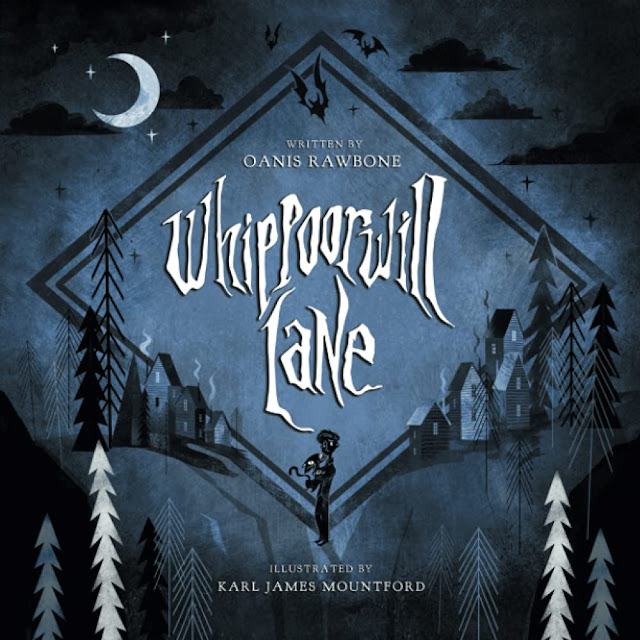 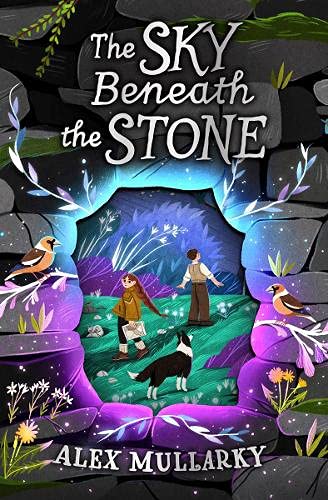 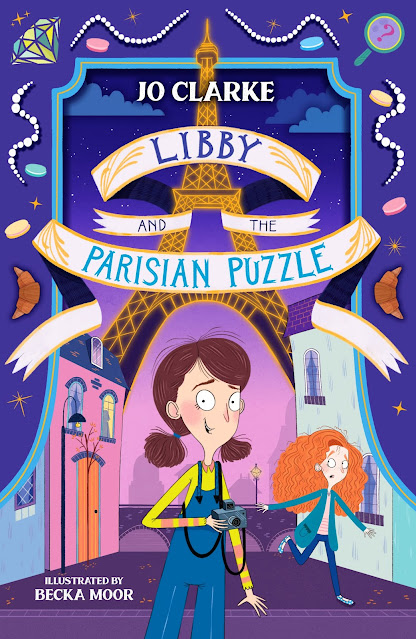 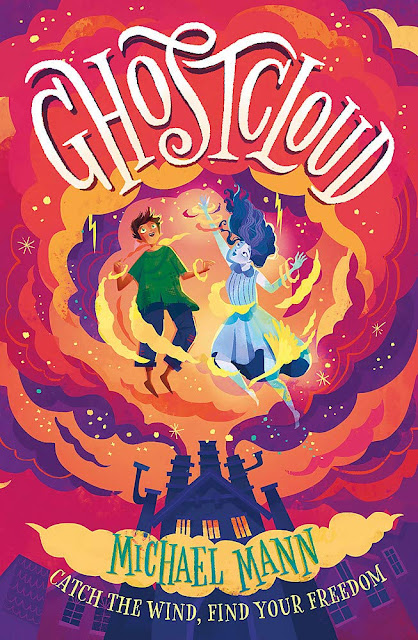 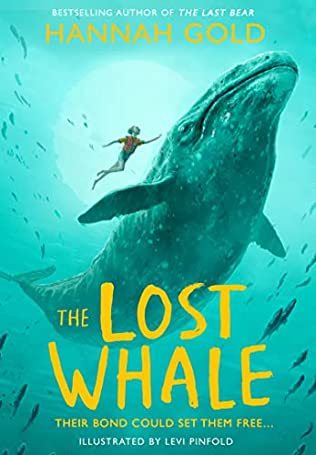 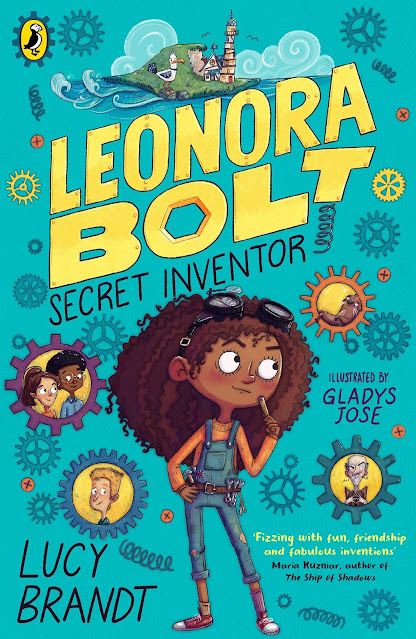 WARNING: EPIC INVENTIONS AND SECRET SOCITIES AHEAD . . .Leonora Bolt spends her days creating incredible inventions in her TOP SECRET laboratory, under the watchful eye of her terrifying uncle.Everything changes one day when a strange boy washes up on an inflatable lobster and reveals that Uncle Luther has been stealing her inventions and selling them on the mainland. Leonora, armed with her most important inventions, must leave Crabby Island for the first time EVER to embark on an unforgettable journey that will test her brainpower to its limits.With the help of an otter with a special skilll, a questionable cook and a singing sea captain, can Leonora dream up an invention that will defeat her evil uncle once and for all? 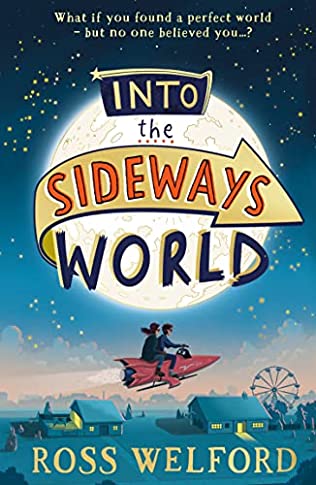 Ross Welford - Into the Sideways World - Published by ‎HarperCollins Children’s Books (20 Jan. 2022) - Paperback
The moving, funny, thrilling and adventured-filled new novel for readers of 10 and up from bestselling author Ross Welford.

When twelve-year-olds Willa and Manny hear of a mysterious animal prowling their town, they are determined to prove it is real. Following the creature into a cave one full moon, they are swept into an alternate, ideal, world – one where pollution and conflict have been conquered decades ago and even their own families seem happier.

But when they return, no one believes them. So, with a global war looming in their own world, their quest for proof of the Sideways World becomes ever-more urgent, in a nail-biting race against time.

And Willa and Manny will have to make an impossible decision: because once you find a perfect world, can you ever leave it behind . . .? 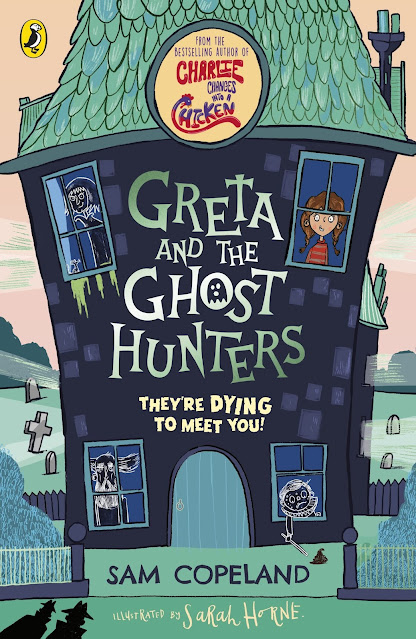 The hilarious tale of a family coming to terms with its ghosts - literally.Greta Woebegone did not believe in ghosts until the day she was knocked over by a car and almost died. Then everything changed...Now Greta can not only see the spirits that haunt her ancestral home, she can talk to them too - from her grumpy Grandpa Woebegone and Percy the poo-pushing plague victim to the sinister spook in the cellar.Can Greta help the ghosts avoid being exorcised (a fate worse than undeath)? Can the ghosts help Greta stop her beloved Grandma being put in a home? And can they all help each other overcome the pain in their past that's holding them back from the future? 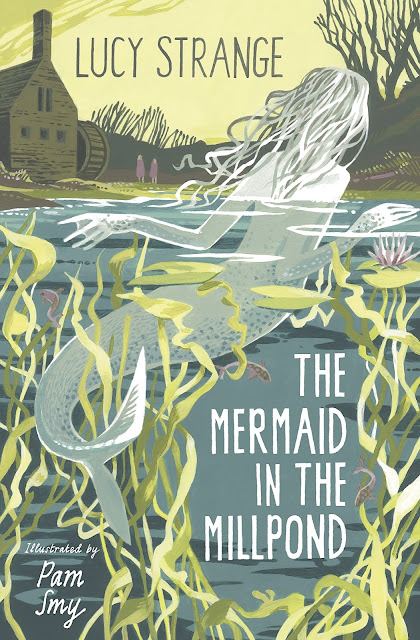 History and myth entwine in this atmospheric tale of freedom and friendship from bestselling author Lucy Strange, and acclaimed illustrator Pam Smy.

Bess has left the London workhouse behind for a job at a rural cotton mill. But life at the mill is hard and cruel– a far cry from the fresh start Bess hoped for. The only way to survive is to escape, but the mill is like a prison, with no way out. Meanwhile, rumours are spreading about a vicious creature that lurks in the millpond. Bess is sure it’s all nonsense, until one night she sees something stir in the murky water. But is it really a monster that lives in the depths of the pond? Or a creature trapped and alone, just like Bess, desperate to escape?

Posted by Mr Ripley's Enchanted Books on January 09, 2022 No comments: