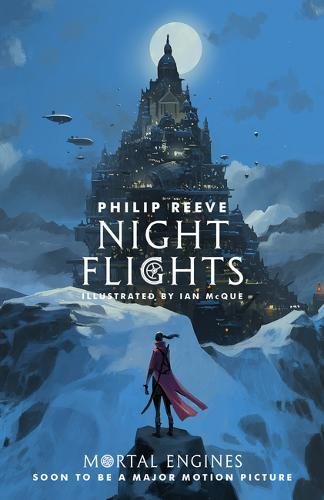 In the dangerous future world of MORTAL ENGINES, huge motorized cities hunt, attack and devour each other. It is there that Anna's home was consumed by Arkangel, the great predator city. She was separated from her parents and kept as a slave in the dark belly of Arkangel - but Anna is determined to be free again.
Check out the Philip Reeve post about Night Flights it's very interesting.
http://www.philip-reeve.com/night-flights/ 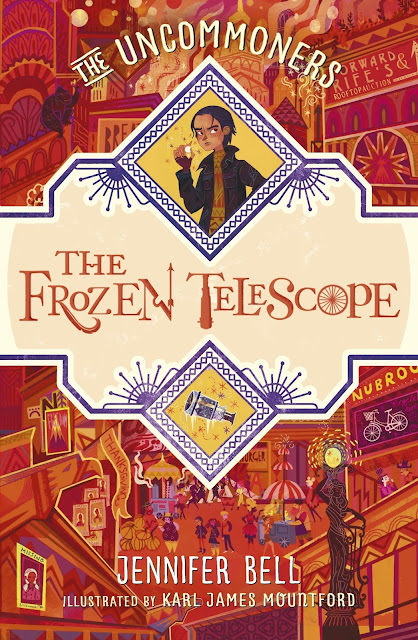 Jennifer Bell (Author) & Karl James Mountford (Illustrator) - The Frozen Telescope (THE UNCOMMONERS) Published by Corgi Childrens (5 July 2018) - ISBN-13: 978-0552572910 - Paperback
After the thrilling events which concluded The Smoking Hourglass, Ivy, Seb and Valian think they've vanquished their enemies, and those of Lundinor, forever. It turns out their adventure was only just beginning . . .

Ivy and Seb can't wait to join Valian for their first ever overseas uncommon adventure - they're meeting in Nubrook, the completely astonishing and totally-different-to-Ludinor trading market hidden underneath New York. But there's no time to enjoy looking round all the incredible sights - they're on a mission to find Valian's long-lost sister, Rosie.

But it seems they're not the only ones looking for her. Once again the Dirge rear their terrifying heads, and it appears they're after not only Rosie, but another enormously powerful Great Uncommon Good object. But what do they want it for? And can Ivy, Seb and Valian stop them from finding it? 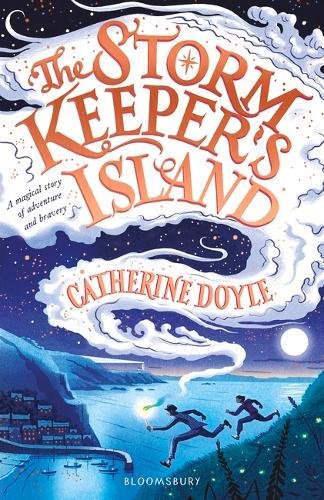 When Fionn Boyle sets foot on Arranmore Island, it begins to stir beneath his feet ...
Once in a generation, Arranmore Island chooses a new Storm Keeper to wield its power and keep its magic safe from enemies. The time has come for Fionn's grandfather, a secretive and eccentric old man, to step down. Soon, a new Keeper will rise.
But, deep underground, someone has been waiting for Fionn. As the battle to become the island's next champion rages, a more sinister magic is waking up, intent on rekindling an ancient war. 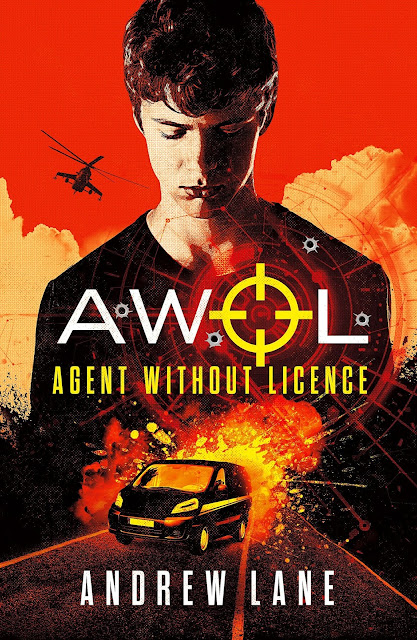 Young Bond and James Bond meet Alex Rider and Cherub in this brilliantly written, fast-paced spy action thriller. All credibly delivered from somebody who knows all about counter-intelligence...

Kieron and his friend Sam are shocked to see a man kidnapped in a Newcastle shopping centre right in front of their eyes. The boys quickly realise that the kidnapped man left something behind in the scuffle - an earpiece and glasses. Kieron puts them on and realises he can see not what is front of him, but a busy, tourist city, somewhere very hot - in Mumbai...

Kieron has accidentally stumbled upon the undercover world of Rebecca 'Bex' Wilson - a freelance agent working for the British Secret Intelligence Service. And without her handler Bradley (the man who was kidnapped), Bex is in trouble. She doesn't know who of her usual contacts she can trust, and like it or not, she is going to have to use teenage Kieron to get her out of danger. Before Kieron and Sam know it, they are part of a mission to stop a weapon of mass destruction from falling into the wrong hands...
SaveSave
By Mr Ripley's Enchanted Books on July 04, 2018