Wordery 12 Books Of Christmas - What Books Have YOU Bought for Christmas 2018? 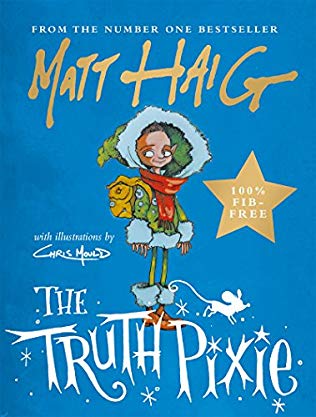 12 Books Of Christmas:
New research reveals the 12 books you’re most likely to get under your tree
Wordery unveil the nations best-selling books in the run-up to Christmas

13th December 2018: Findings released today from Wordery reveal the top 12 bestselling books over the past month. Based on  sales data from the previous month we can reveal the books that are most likely to end up under your Christmas tree.
With nearly 63 million books typically sold in the run-up to Christmas in the UK, which is a third of the market’s annual volume, it comes as no shock that new titles such as ‘Becoming’ by Michelle Obama are in the race to secure the number one slot in the festive book charts.
With the big day nearing closer, Wordery reveal which 12 best selling books could be under your Christmas tree this year. View the full graphic here.
Wordery’s top 12 selling books:


The number one seller ‘Becoming’ by Michelle Obama, the former First Lady of the United States is a memoir which was published in November 2018. It details her upbringing in Chicago, motherhood, and her time in the White House alongside lighthearted personal and public moments.
It’s not really Christmas without ‘The Snowman’ taking the silver baton, as this 40th anniversary gift edition comes with a letter from the author Raymond Briggs and also a limited edition illustrative print. This is one for everyone as it’s a true Christmas tradition for generations of children.
The book coming in third is ‘The Tattooist of Auschwitz’ by Heather Morris, which tells the story of a Slovakian Jewish man who is captured and put to work as a tattooist marking his fellow prisoners. It’s a harrowing tale during the time of the Holocaust and a good read for those bookworms out there.
Barry Magennis, spokesperson for Wordery, comments

“The outcome provides a diverse insight into what people in the UK are buying in the run up to Christmas. It’s great to see with no surprise two festive books making the cut with the classic literary ‘The Snowman’ being our second best seller. Wordery are looking forward to seeing which books do end up as Christmas gifts this year.”
For more information on the best selling books for Christmas, visit Wordery
Posted by Mr Ripley's Enchanted Books on December 15, 2018