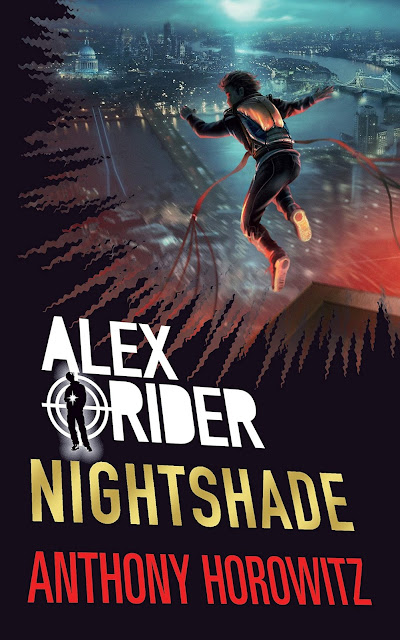 This is my first post for some of the best new children's books being published this April 2020. Through these extraordinary times, we are encouraging you to support small independent book shops up and down the country. The sad thing is that, if we don't, we might lose some at a time like this. Therefore, if you fancy reading any of the below books and are thinking of buying a book or two then why not support them - buy directly and let us do our part to support them in these difficult times. They need our love. Check out Twitter for an idea as to which bookshops are posting out @IndieBookshopUK or visit the website which has a handy map for you to look at http://www.indiebookshops.com Thanks for reading and stay safe.

Anthony Horowitz - Nightshade (Alex Rider) - Published by Walker Books (2 April 2020) - ISBN-13: 978-1406389296 - Hardback - Age: 9+
Get ready for action, adrenaline, and adventure in this explosive, brand new Alex Rider mission by bestselling author, Anthony Horowitz.In this adrenaline-fuelled adventure in the number one bestselling series, Alex Rider is sent by MI6 Special Operations to infiltrate a new and sinister organization known only as Nightshade. Alex is on his own, with the fate of thousands of people resting in his hands. 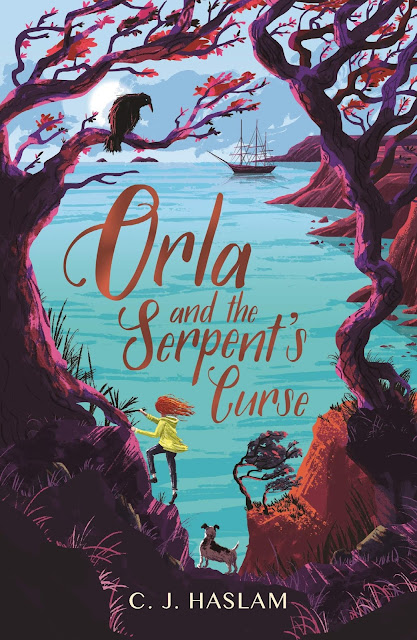 A spooky and darkly comic adventure set in Cornwall - Famous Five with a twist.
Orla thought she was in for a relaxing family holiday, but when she finds a mysterious glowing necklace in the woods, it turns out there is a slight possibility she may have uncovered an ancient curse. After meeting a coven of old ladies, it becomes clear that Orla's arrival in Poldevel is no longer a coincidence. She's the only one who can solve this mystery, and she'll need help from the only other member of the family with good instincts - Dave the dog. 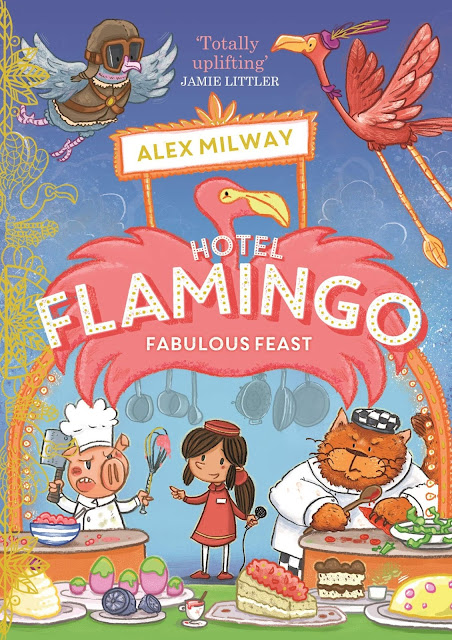 On Animal Boulevard the snow is finally melting after a long, quiet winter and Hotel Flamingo is ready to embrace the new season and new guests. Anna knows she needs to come up with a plan to get the hotel buzzing again! And what does Hotel Flamingo have that no one else has? One of the best chefs in town - Madame Le Pig! In a stroke of inspiration, Anna decides that the hotel will put on a Battle of the Chefs. Madame Le Pig will go head to head with prestigious Animal Boulevard chefs Peston Crumbletart and Laurence Toot-Toot in a thrilling live cooking show - and there will be an accompanying feast for all who attend. But as ever Anna has a lot to contend with - not just grumpy, demanding chefs but a host of new guests with ever-changing needs, from Simon Suckerlot the flamboyant octopus to Alfonso Fastbeak the stunt pigeon. And when taking centre stage proves harder than expected for Madame Le Pig, the whole team must pull together to buoy her up and pull off the most Fabulous Feast that Hotel Flamingo has ever seen. 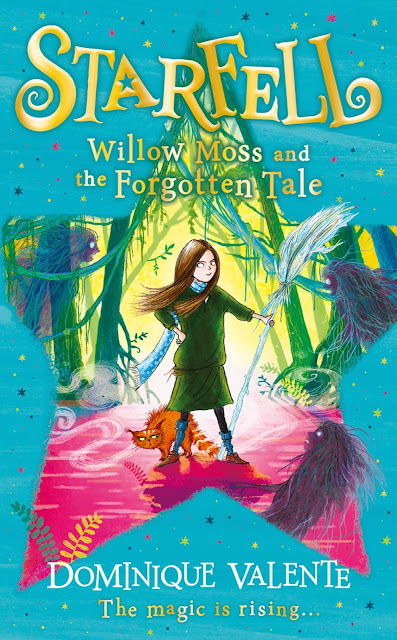 The anticipated second book in 2019’s breakout magical fantasy series, Starfell, starring misfit witch Willow Moss. Perfect for readers of 8+ and beautifully illustrated throughout by Sarah Warburton.
Willow Moss, the youngest and least powerful sister in a family of witches, recently saved the world. The problem is, nobody can remember it – and, to make matters worse, her magical ability seems broken. Instead of finding lost things, objects keep disappearing against her will … which is especially troubling now that her friend Sometimes needs her help!
Sometimes has discovered how to see ten minutes into the future. Unfortunately, that’s only enough time to find out that his kidnappers are on their way! His only hope is to write an urgent letter to Willow, asking if she wouldn’t mind trying to find him.
As Willow and her friends piece together what has happened to Sometimes, their adventure takes them from an enchanted tower to the magical forest of Wisperia and into dangerous new realms… Can Willow save Sometimes when her own powers are out of control? 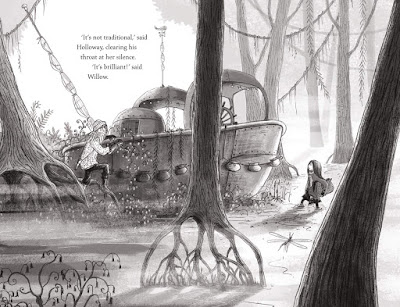