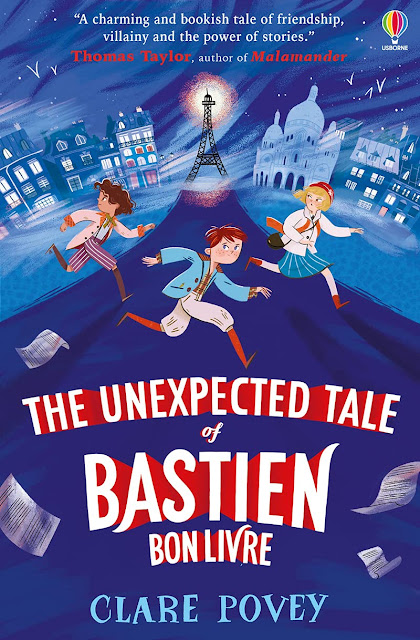 The open door felt like an invitation, or a trap. Bastien wasn't sure which, but with no other choice, he stepped inside...and hoped he'd make it out again alive.

Bastien Bonlivre is a boy with a big imagination, determined to finish the story his parents started, left to him in a red notebook. On the other side of Paris, bestselling author Olivier Odieux is struggling to complete his latest novel. Along with his villainous brothers, he is masterminding his greatest plot yet...one that will spread fear throughout the city and beyond.

What connects these two stories is a dangerous secret, a hidden mystery and an unexpected race across Paris for the truth. Can Bastien and his friends Alice, Theo and Sami be brave enough to stop Olivier from stealing the ending they deserve? 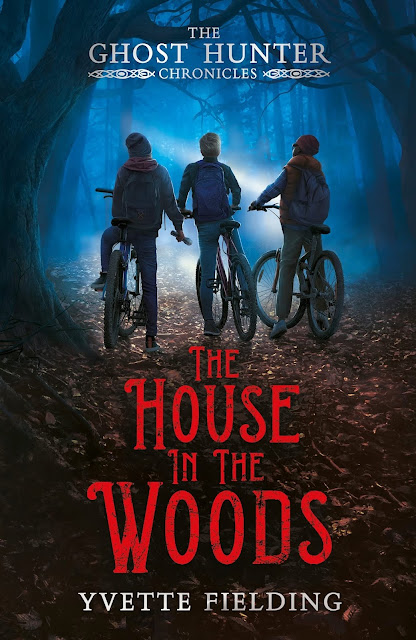 Yvette Fielding - The House in the Woods (The Ghost Hunter Chronicles, 1) - Published by Andersen Press (30 Sept. 2021) - Paperback
Stranger Things meets Point Horror in the first of a brilliant new series for readers aged 11+ from Yvette Fielding, British television's first lady of the paranormal and presenter of Most Haunted.When Clovis, Eve and Tom decide to play with a ouija board in an old abandoned house on Halloween, none of them foresees the horrors they’re about to unleash. What starts out as a bit of fun, soon transcends into something far more terrifying when a distressed and determined spirit follows them home. Before long the friends are caught up in a series of events beyond their wildest imaginings and their journey as ghost hunters begins . . . 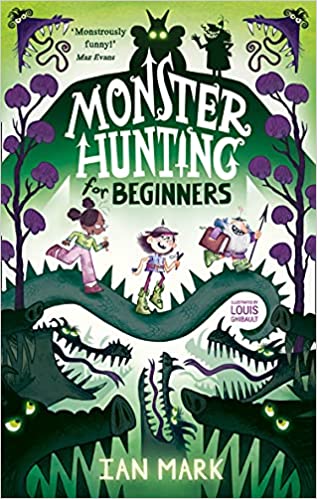 A monstrously funny new adventure series. Readers of 8+ and fans of Mega Monster and Shrek will adore the first in the brand new fantasy series from Irish debut author, Ian Mark

Every hero has to start somewhere . . .

Monster Hunting isn’t as easy as it looks. And Jack should know. Because an ogre has just appeared in his garden and tried to EAT HIS AUNT. (She was the winner of the World’s Worst Aunt competition, but that’s Not The Point).

After (sort of accidentally) defeating the ogre, Jack finds himself apprenticed to a grumpy, 200-year-old monster hunter called Stoop and heading off to Cornwall, where more ogres are causing havoc.

All he has are his wits, his catapult and a magical – sometimes unreliable – book called Monster Hunting for Beginners.
Jack’s a bit worried he might not be the hero everyone’s waiting for. But then again, how many terrifying, bloodthirsty monsters can there really be?

A hilarious and accessible story, packed full of illustrations – that gives a twist to all your favourite fairytales and will change everything you thought you knew about monsters! Perfect for apprentice monster hunters aged 8 to 800. 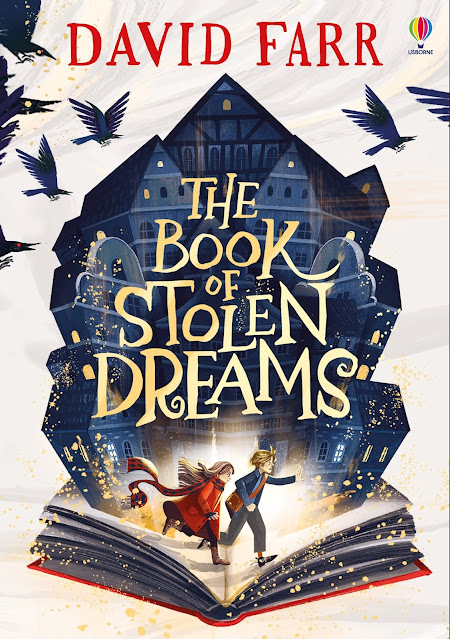 An exhilarating, awe-inspiring debut from a master storyteller writing for children for the first time, perfect for fans of Philip Pullman, Katherine Rundell and Eva Ibbotson.

When Rachel and Robert are passed a stolen book by their librarian father, they have to go on the run and protect it at all costs. With their father captured and everyone hunting for the Book, they must uncover its secrets and track down the final, missing page.
But the cruel and calculating Charles Malstain is on their trail. When the children discover the astonishing, magical truth about the Book, they resolve to do everything in their power to stop it falling into his hands. For if it does, he could rule forever.

Step inside the pages of an immortal adventure and discover a truly unforgettable journey of wonder, courage and magic... 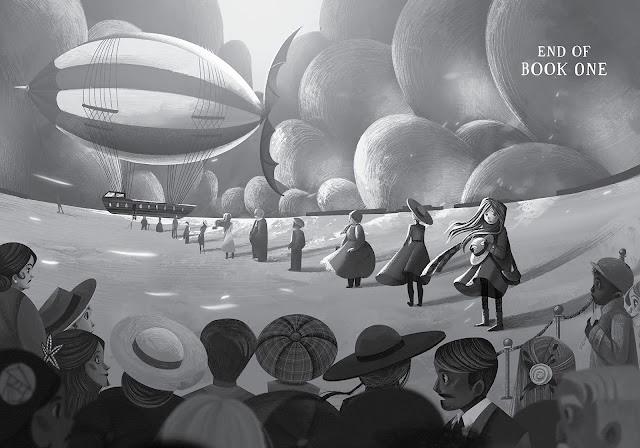 These books all sound great, must check them out