Hannah Moffatt - SMALL! BLOG TOUR - What Next For Harvey Small? (Everything With Words) 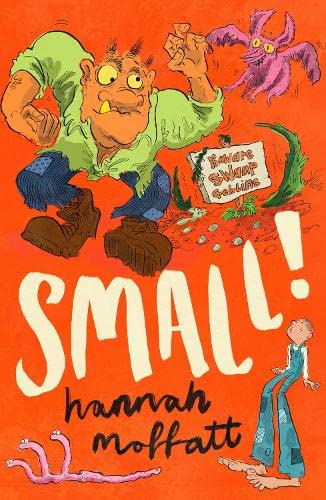 Hello everybody! Welcome to the final stop on the Hannah Moffatt blog tour. This post is about the main character Harvey Small and WHAT NEXT? This brilliant book is now available to buy and READ.  However, if you need any more encouragement to purchase a copy then you can check out our BOOK REVIEW HERE. All the stops for the blog tour are at the bottom of the post if you have not had the chance to check these out already. Anyway, without any further ado, if you are sitting comfortably and ready for unspeakable trouble then you have come to the right place!

Hmm, what next for Harvey Small? That’s a hard question to answer without giving away lots of spoilers! So, what can I say?

First up, don’t worry. Book one doesn’t leave you hanging. Stories that end on ‘you’ll never guess who was at the door’ moments feel unfair on readers who’ve picked up a book expecting a complete story. So, although I drop a big hint about what might come next, I hope you’ll feel excited rather than frustrated.

With that in mind, here are some ways I’ve tried to pave the way for a sequel without putting readers off. (If you’re writing a series, feel free to try them, too.)

The Stinking Sinking Swamp is a big place. One of the reasons I don’t feel done with Harvey yet is that I want to visit more of the world beyond Madame Bogbrush’s School for Gifted Giants. A second story gives me room to roam. I hope you’ll come with me.

Create characters you want to hang out with

I love Harvey’s relationship with his giant best friend, Walloping Toenail. A sequel gives that friendship time to grow. So far, we’ve seen Harvey struggling to fit in a giant’s world. But what will Walloping do if his lifelong wish to be an explorer is scarier than he expected? How will he cope if the rest of the world really is too small for him?

Whatever happens, I know Harvey and Walloping will stick together, no matter what scrapes they get in.

Build a boomerang problem that can keep coming back

There are two levels of problem in Small! There are the one-off problems, that have to wrap up nicely to make the end feel satisfying. They include answering the obvious questions:

Then there’s what I’m calling the boomerang problem: the one that goes away when the book ends but could easily come back to clonk Harvey on the head if he’s not careful.

In Small! the child-stealing threat from the Unspeakable Circus is that boomerang. So, expect lots more unspeakable trouble in Harvey’s next adventure. You’ve been warned! 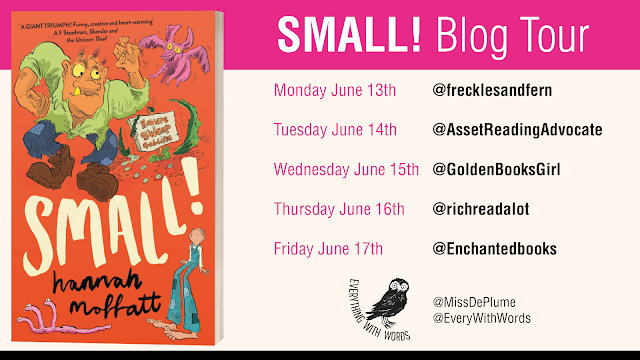