New Children's Book - Picks For The Month Of June 2010 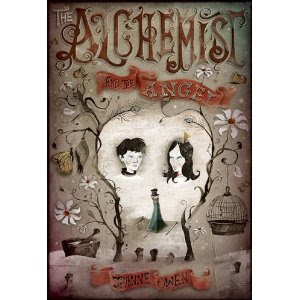 Joanne Owen - The Alchemist and the Angel - Published by Orion Children's - 3 June  2010 - P/B
Everything changes for orphaned Jan when his beloved uncle, Gustav - anatomist, natural scientist and aspiring alchemist - enlists his help in a quest to create a life-generating serum. To test the serum, they must follow a set of ancient instructions and play a dangerous game of bringing the inanimate to life... When Gustav dies suddenly, it's up to Jan to continue his work - little does he know that his beautiful, calculating aunt dreams of using the serum for her own purposes - eternal life. Under the facade of her grief, she convinces Jan they must move from Vienna to Prague, and when she mysteriously disappears, Jan searches for her. In the plague-ridden ghettos and the court of the mad Emperor Rudolf, he must pit his wits against an extraordinary cast of characters and events. His only ally is Zuzana, a girl with secrets of her own. Set against the vivid backdrop of 16th century Prague and the equally breathtaking Vienna, a magical, historical adventure from a talented author. 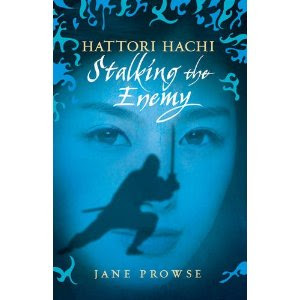 
A summer camp in the heart of Kielder forest that's not what it seems, a village flooded to make a reservoir, and a toiling bell that sounds underwater on dark nights to warn of a mighty war, predicted in the legend of the three Diamond Daggers - how will Hattie, Mad Dog and Neena make sense of it all?
In her second thrilling adventure, Hattie Jackson discovers more about the history that has led the underground Kataki to the point of war against her legitimate Ninjutsu family... a family so full of dark secrets, not even her parents could have predicted what's in store... 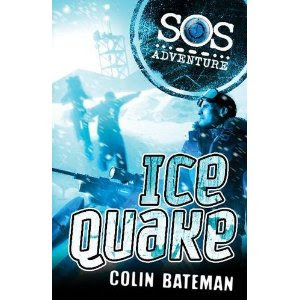 Colin Bateman - Ice Quake (SOS Adventure) - Published by Hodder Children's - 3 June 2010 - P/B
Baring Island, the Canadian Arctic.
Michael and Katya are alone, in the middle of a blizzard.
There are wolves snapping at their heels, and somewhere ahead of them, a gigantic polar bear with the taste for human blood.
They’ve come with the SOS team in search of a missing satellite, but nowthey’re just struggling to stay alive. 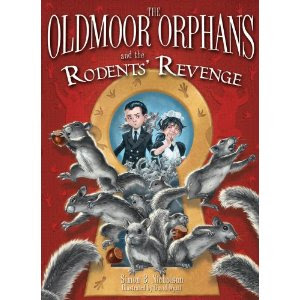 Simon B Nicholson - The Oldmoor Orphans and the Rodents' Revenge - Published by TicTock books - 30 June 2010 H/B
Oldmoor Hotel is a rickety hotel in the middle of a bleak, foggy moor. Two children, Ernest and Daisy, manage it because their grandmother has mysteriously disappeared. But why are the guests so odd? And what draws them to this strange and isolated hotel?
Rodents' Revenge is the first in the Oldmoor Orphans six-book series and features squirrels, a mad parrot, secret passageways and a whole load of nutty goings-on.
Posted by Mr Ripley's Enchanted Books on May 22, 2010

How cool is that A & A cover? Fantastic!

Ok so you just upped my TBR pile even more! The Oldmoor Orphans sounds really good and love the cover.

Hello Jill, I am glad you like the look of this book. It also has some great illustrations by one of my all time favourite illustrators - David Wyatt.