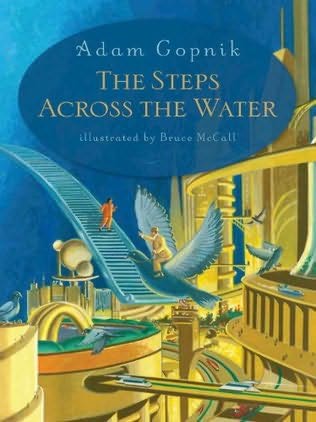 Katherine Langrish - The Shadow Hunt - Published by HarperCollins - 1, June 2010
In this medieval fantasy, Wolf runs away from a monastery after years of mistreatment by his master, Brother Thomas. As he's fleeing across Welsh moors inhabited by ghosts and demons, he comes across a girl elfchild being chased by a pack of hunters' dogs. Wolf captures her and offers her to Lord Hugo, the head hunter. Lord Hugo is obsessed with the idea that his dead wife is actually alive and being held by the Demon Lord of the Underground, and he is convinced that the elfchild can lead him to her. He allows Wolf to accompany him home on the condition that Wolf make the mute elfchild speak. Nest, Lord Hugo's daughter, is soon to marry a man she's rarely seen but been betrothed to since she was five. To Wolf's horror, her fiancé arrives with Brother Thomas, who is furious to see him. In revenge, Wolf and Halewyn, a visiting jester, make a fool of the man, but Nest doesn't trust Halewyn. She suspects he's a demon in disguise, determined to lure her father underground in search of his dead wife. Can she and Wolf save Lord Hugo and the elfchild? This atmospheric story, set in a land inhabited by terrifying and benign magical creatures, combines fast-paced action with sensitive insights into the characters' inner fears and desires. Supernatural fantasy fans will enjoy this tale that effectively explores magic, mystery, and the struggle between good and evil.


Michael Grant - The Magnificent 12: The Call - Published by Katherine Tegen Books - 24, August 2010
Twelve-year-old Mack MacAvoy suffers from a serious case of mediumness. Medium looks. Medium grades. Medium parents who barely notice him. With a list of phobias that could make anyone crazy, Mack never would have guessed that he is destined for a more-than-medium life.
And then, one day, something incredibly strange happens to Mack. A three-thousand-year-old man named Grimluk appears in the boys’ bathroom to deliver some startling news: Mack is one of the Magnificent Twelve, called the Magnifica in ancient times, whatever that means. An evil force is on its way, and it’s up to Mack to track down eleven other twelve-year-olds in order to stop it. He must travel across the world to battle the wicked Pale Queen’s dangerous daughter, Ereskigal—also known as Risky. But Risky sounds a little scary, and Mack doesn’t want to be a hero. Will he answer the call?
A laugh-out-loud story filled with excitement and magic, The Magnificent Twelve: The Call is the first book in bestselling author Michael Grant’s hilarious new fantasy adventure series.

Erin Bow - Plain Kate - Published by Arthur A. Levine Books - 1st September, 2010
Plain Kate lives in a world of superstitions and curses, where a song can heal a wound and a shadow can work deep magic. As the wood-carver's daughter, Kate held a carving knife before a spoon, and her wooden charms are so fine that some even call her "witch-blade" -- a dangerous nickname in a town where witches are hunted and burned in the square.For Kate and her village have fallen on hard times. Kate's father has died, leaving her alone in the world. And a mysterious fog now covers the countryside, ruining crops and spreading fear of hunger and sickness. The townspeople are looking for someone to blame, and their eyes have fallen on Kate.

Enter Linay, a stranger with a proposition: In exchange for her shadow, he'll give Kate the means to escape the town that seems set to burn her, and what's more, he'll grant her heart's wish. It's a chance for her to start over, to find a home, a family, a place to belong. But Kate soon realizes that she can't live shadowless forever -- and that Linay's designs are darker than she ever dreamed.

Ten-year-old Rose lives in New York, the city of bright lights and excitement, and a seemingly endless variety of people, architecture, and food--where extraordinary things happen every day on every block. But Rose wasn't born in New York; she was adopted as an infant from a far-away country. Though Rose loves her home and her adopted family, sometimes she can't help but feel different, like she's meant to be somewhere else.

Arthur Slade - The Dark Deeps - The Hunch Back Assignments: 2 - Published by Wendy Lamb Books - 14, September 2010
A fantastic Steampunk adventure in the deeps

Transforming his appearance and stealing secret documents from the French is all in a day’s work for fourteen-year-old Modo, a British secret agent. But his latest mission—to uncover the underwater mystery of something called the Ictíneo—seems impossible. There are rumors of a sea monster and a fish as big as a ship. French spies are after it, and Mr. Socrates, Modo’s master, wants to find it first. Modo and his fellow secret agent, Octavia, begin their mission in New York City, then take a steamship across the North Atlantic. During the voyage, Modo uncovers an astounding secret.

It's the second book in Arthur Slade’s Hunchback Assignments series, is set in a fascinating Steampunk Victorian world. Modo’s underwater adventures and his encounters with the young French spy Colette Brunet, the fearless Captain Monturiol, and the dreaded Clockwork Guild guarantee a gripping read filled with danger, suspense, and brilliant inventions.

Adam Gopnik - The Steps Across The Water - Published by Hyperion Books - 23, November 2010
Then one day in Central Park, Rose sees something truly extraordinary: a crystal staircase rising out of the lake, and two small figures climbing the shimmering steps before vanishing like a mirage. Only it's wasn't a mirage. Rose is being watched--recruited--by representatives of U Nork, a hidden city far more spectacular than its sister city New York. In U Nork, Dirigibles and zeppelins skirt dazzling skyscrapers that would dwarf the Crysler building. Impeccably dressed U Norkers glide along the sidewalks in roller skates. Rose can hardly take it all in.
Then she learns the most astonishing thing about U Nork. Its citizens are in danger, and they need Rose's help, and hers alone...
In a masterful new fantasy evocative of Alice in Wonderland, the brilliant novelist, essayist and critic, Adam Gopnik, explores the powerful themes of identity and the meaning of home, with stunning illustrations from Bruce McCall.

Wow what a great selection. Look forward to your reviews :D Happy reading

Loved the blog name so had to skip on to see it. Enjoy the reads :)

Here's your invite to Aisle B
http://aisleb.tumblr.com/post/1234388612/mailbox-monday-in-my-mailbox