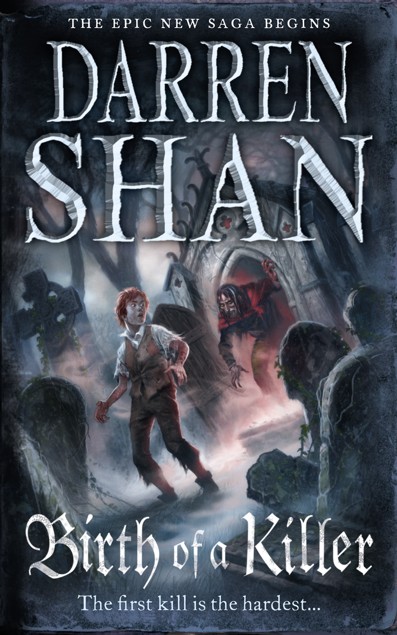 
Over the last six weeks or so, there has been tremendous support for "Mr Ripley's Book Cover Wars". Now, in its second year, there have been some really gripping and memorable clashes. Authors have been drumming up support for their book covers through many different forums and groups. Apparently, one person even went to great lengths by asking random people in the street to vote for a particular book in the book cover wars. Extreme (some might say) but we like the individual style and unique display of enthusiasm.


I would like to thank the many people who got behind this little idea of mine. I hope you all had as much fun as I did, either as an observer or a contender.


Over 2100 votes were cast just in the final alone - making this a battle until the very last second. There were some tense and nail biting moments. However, the mighty army behind Darren Shan finally clinched the title with a massive surge at the end. In fact, it nearly sent my stat counter to the grave itself. David Wyatt, illustrator of this years winning book cover, now has his artwork joining the cover of last years winner 'Mortlock', written by Jon Mayhew.


I have pasted some words, from the man himself, thanking all those who voted for him in both heats.
"Birth Of A Killer” WON the Mr Ripleys Covers War with 51% of the vote! Hurrah!!! It was neck and neck most of the way—in fact, I trailed for much of the time, only taking the lead and consolidating it near the end when I started hitting up all of my contacts through my various online channels!! Many thanks to everyone who voted!!

The winner of the competition will be picked later today - thank you again, one and all.
Posted by Mr Ripley's Enchanted Books on December 10, 2010

It was a pleasure to be part of such a fun competition! Let's do it all again next year!!!! :-) Darren.

It was well worth harassing everyone on Facebook/MSN and even my landlords to vote! We did it everyone!

In the end the true deserver won. Congratulations, Darren. Your fanbase is behind you every step of the way.