The shortlist for the Waterstone's Children's Book Prize 2011 was announced yesterday. As a result, I have compiled a list of the final nine books which can be found below. This year is one of the strongest line-ups of debut talent with some of the best writing seen yet. I would love to hear which are your favourite books from this list.

Candy Gourlay - Tall Story - Published By David Fickling Books - 27  May 2010
Be careful what you wish for . . .
Andi is short. And she has lots of wishes. She wishes she could play on the school basketball team, she wishes for her own bedroom, but most of all she wishes that her long lost half brother, Bernardo, could come and live in London, where he belongs.
Then Andi's biggest wish comes true and she's minutes away from becoming someone's little sister. As she waits anxiously for Bernardo to arrive from the Philippines, she hopes he'll turn out to be tall and just as mad as she is about basketball. When he finally arrives, he's tall all right. But he's not just tall ... he's a GIANT.
In a novel packed with humour and quirkiness, Gourlay explores a touching sibling relationship and the clash of two very different cultures.

Jon Mayhew - Mortlock - Published By Bloomsbury - 5 Apr 2010
The sister is a knife-thrower in a magician's stage act, the brother an undertaker's assistant. Neither orphan knows of the other's existence. Until, that is, three terrible Aunts descend on the girl's house and imprison her guardian, the Great Cardamom. His dying act is to pass the girl a note with clues to the secret he carries to his grave. Cardamom was one of three explorers on an expedition to locate the legendary Amarant, a plant with power over life and death. Now, pursued by flesh-eating crow-like ghuls, brother and sister must decode the message and save themselves from its sinister legacy.

Ruth Eastham - The Memory Cage - Published By Scholastic - 3 Jan 2011
Alex's grandfather keeps forgetting things, and Alex has overheard his adoptive parents say that they're going to put granddad in a home. His grandfather begs Alex to save him from that, and it's a promise Alex is desperate to keep But Alex once promised his little brother that he would save him, and in the terror of the Bosnian war, he failed As Alex struggles to protect his grandfather, he uncovers secrets that his family and the village have kept for two generations.nravelling them will cause grief, but will they save grandfather, and perhaps help Alex come to terms with his own private war.


An extraordinarily rich debut novel, set in India in 1947 at the time of Partition. Although the backdrop is this key event in Indian history, the novel is even more far-reaching, touching on the importance of tolerance, love and family. The main character is Bilal, a boy determined to protect his dying father from the news of Partition - news that he knows will break his father's heart. With great spirit and determination, and with the help of his good friends, Bilal persuades others to collude with him in this deception, even printing false pages of the local newspaper to hide the ravages of unrest from his father. All that Bilal wants is for his father to die in peace. But that means Bilal has a very complicated relationship with the truth...

Anna Kemp - Fantastic Frankie and the Brain-drain Machine - Published By Simon & Schuster -  6 Jan 2011
When Frankie Blewitt brings home yet another F-for-failure school report it's the last straw for his overachieving parents and they decide to send him to the Crammar Grammar boarding school. At first he is just relieved to be away from home, but he soon realises that there's something really weird going on at Crammer Grammar...As Frankie tries to find out the secrets of the school he discovers that the headmaster, Dr Gore, has plans to turn all the students into robot-like super-brains using his Brain-drain machine! With the help of his new friends Neet and Wes, Alphonsine his crazy French nanny and a poodle named Colette, can Frankie save the day before it's too late and change the F-for- failure to F-for-fantastic? 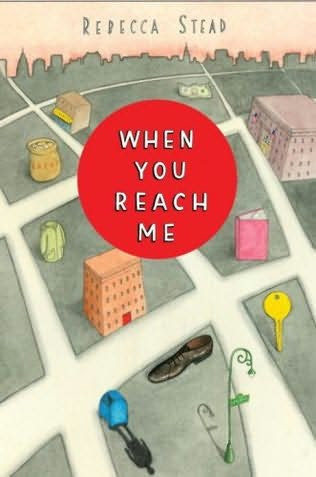 Rebecca Stead - When You Reach Me - Published By Andersen - 6 Jan 2011
Four mysterious letters change Miranda’s world forever.By sixth grade, Miranda and her best friend, Sal, know how to navigate their New York City neighborhood. They know where it’s safe to go, like the local grocery store, and they know whom to avoid, like the crazy guy on the corner.

But things start to unravel. Sal gets punched by a new kid for what seems like no reason, and he shuts Miranda out of his life. The apartment key that Miranda’s mom keeps hidden for emergencies is stolen. And then Miranda finds a mysterious note scrawled on a tiny slip of paper:

I am coming to save your friend’s life, and my own.
I must ask two favors. First, you must write me a letter.
The notes keep coming, and Miranda slowly realizes that whoever is leaving them knows all about her, including things that have not even happened yet. Each message brings her closer to believing that only she can prevent a tragic death. Until the final note makes her think she’s too late.

Curtis Jobling - Wereworld:Rise of the Wolf - Published By Puffin - 6 Jan 2011

YOU’RE THE LAST OF THE WEREWOLVES SON. DON’T FIGHT IT . . . CONQUER IT.’ When the air is clear, sixteen year-old Drew Ferran can pick up the scent of a predator. When the moon breaks through the clouds, a terrifying fever grips him. And when a vicious beast invades his home, his flesh tears, his fingers become claws, and Drew transforms . . . Forced to flee the family he loves, Drew seeks refuge in the most godforsaken parts of Lyssia. But when he is captured by Lord Bergan’s men, Drew must prove he is not the enemy. Can Drew battle the werecreatures determined to destroy him – and master the animal within? 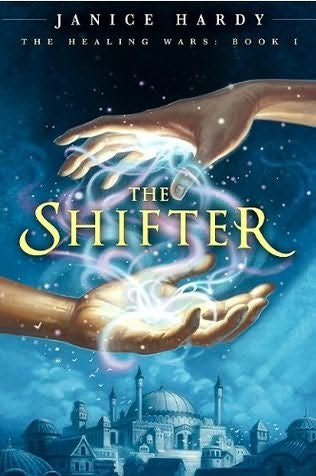 Janice Hardy - The Healing Wars 1 - The Pain Merchants - Published By HarperCollins - 6 Jan 2011
Nya has a secret she must never share…
A gift she must never use…
And a sister whose life depends on both.This astonishing debut novel is the first in the epic dystopian fantasy adventure trilogy, THE HEALING WARS.
Fifteen-year-old Nya is one of Geveg’s many orphans; she survives on odd jobs and optimism in a city crippled by a failed war for independence.
Nya has a deadly secret. She is a Taker, someone who can extract pain and injury from others, but with unusual differences. Her sister Tali and other normal Takers become Healer’s League apprentices and put their extracted pain into enchanted metal, pynvium. But Nya can’t dump pain in this way. All she can do is shift it from person to person.
When Nya’s secret is revealed to the pain merchants and the Healer’s League she is flung into danger. Then a ferry accident floods the city with injured, Takers start disappearing from the Healer’s League and Nya’s strange abilities are suddenly in demand. Her principles and endurance are tested to the limit when Nya’s deadly powers become the only thing that can save her sister's life.

Twelve-year-old Mira comes from a chaotic, artistic and outspoken family where it’s not always easy to be heard. As her beloved Nana Josie's health declines, Mira begins to discover the secrets of those around her, and also starts to keep some of her own. She is drawn to mysterious Jide, a boy who is clearly hiding a troubled past and has grown hardened layers - like those of an artichoke - around his heart. As Mira is experiencing grief for the first time, she is also discovering the wondrous and often mystical world around her.

Terrific list. I have only read Wereworld but have a few of the others on my wishlist