This is the second festive interview with many more fantastic ones to come. This one comes care of Daniel Whelan, who some of you might know from Harry Potter or maybe not :). He is the author of one of my personal favourite books The Box of Demons. It's a fantastic fantasy-fuelled story full of great humour that all young kids will really enjoy. The book cover above displays Chris Riddell's talent and who also features in the below Q&A.

Thank you, Daniel, for taking part in the festive interview and welcome to Mr Ripley's Enchanted Books.

The Box of Demons is fantastic book, what comes next?
Thank you! I’m not sure what’ll be out next. I’ve got two books on the go, one a bit more YA than The Box of Demons and one very firmly in Middle Grade. The YA-ish one is nearest to completion, but I keep cheating on it with the MG which has been a bit more fun to write. I’d hope to have one out in 2019, but that isn’t really down to me.
If your next book was illustrated, and you could choose any illustrator, who would it be and why?
If it were down to me, I’d pick Chris Riddell every time because he made the characters in The Box of Demons look better than I imagined them, and now it's quite hard when thinking of new ones not to wonder what Chris would make of them. Unfortunately for me Chris is very busy, so I can’t imagine I’d be lucky enough to work with him again.
I tend to favour quite cartoony or comicky illustrations. I love Sarah McIntyre’s stuff. There’s an author called Tatum Flynn who is also an artist, I’d love to work with her one day. And Marc Simonetti, who does the French covers for Terry Pratchett’s Discworld, he’s great.
I’ve been a part of the Save Hari campaign to save Haringey’s Children’s Librarians - I live in Wales now, but as I’m Patron of Reading at North Harringay Primary School it’s part of my job to protect access to books for those kids - and all our artwork for that was done by Emer Stamp, who I think is marvellous. 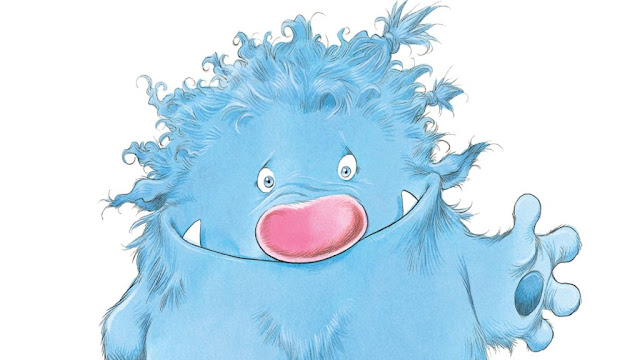 Which book monsters/authors would you have at a literary New Year dinner party and why? (or actor maybe?)
This Christmas belongs to one monster and one monster alone: Mr. Underbed. Hopefully he’d bring his creator Chris Riddell along with him, because Chris is such fantastic company.
Actor-wise, Morven Christie would have to be first on the guest list. She’s one of my best friends, and one of the few people I trust with early drafts of things. We don’t see each other nearly enough: she’s in Scotland, I’m in Wales, so we have an entire country between us! I’d also have Charlie Hotson, Stephen Wight and his wife Chloe, and Sophie Angelson and her husband, the director James Kemp.
Finally - and I hope this isn’t stretching the question too much - I’d like to have Charles Dickens’s Mr. Fezziwig along. That guy knows how to party. If he could come in his Mr. Fozzywig aspect from The Muppets Christmas Carol, that’d be super. 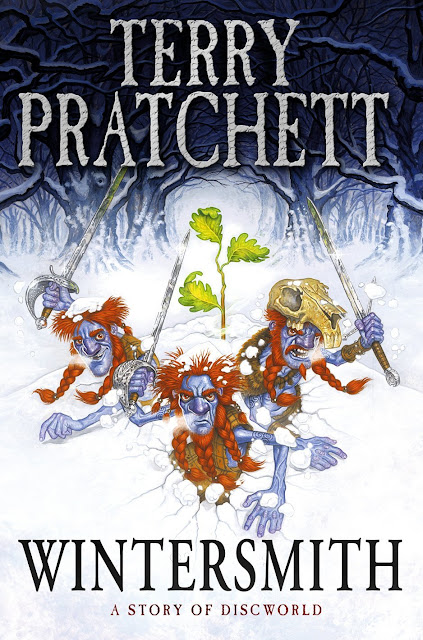 What book would you recommend to readers to get them into the winter/festive spirit?
Terry Pratchett is a big influence on me, so I’d say check out Wintersmith, the third book in his Tiffany Aching sequence. He wrote a Christmas-ish Discworld too, The Hogfather, but I’m less keen on that one.
Everyone loves books as gifts which book would you like to receive this Christmas?
I’ve asked Father Christmas for Norse Mythology by Neil Gaiman, a couple of Thames and Hudson’s books on myth, and The Ultimate Visual History of Labyrinth, one of my all-time favourite films. We shall see if I have been nice enough this year!
What's the meaning of Christmas for you and your characters?
For me, it’s about warmth against the cold. Christmas falls just after the shortest and therefore darkest day of the year, and I think the collective brightness and joy of it lets us pull each other out of the gloom. Humans have always needed a Winter festival. Before Christianity, we celebrated the Winter Solstice; the Ancient Romans had Saturnalia. It’s rooted deep within us.
For my characters, I think Kartofel would be grumpy and cynical about Christmas while secretly loving it; the excessive food consumption would be right up Djinn’s street: and Orff would complain about the cold and what the darkness does to the Seasonal Affected Disorder he doesn’t really have.
What's your favourite thing about Christmas?
Mince Pies. They are so firmly attached to my Christmas experience I think I would throw up if I had to eat one between January and November. I moved back to Wales at the beginning of this year, so 2017 will be my first Christmas in over a decade without my favourite mince pies of all time: the Mince Pie Selection Box from Dunn’s of Crouch End, London.
Do you think the book cover has an important role in potential readers buying your book?
I can only speak from experience, and my experience is there are quite a lot of people who wouldn’t have looked twice at The Box of Demons if it didn’t have a Chris Riddell cover. I can only hope they have enjoyed the inside as much as the outside. A good cover is vital.
What is the strangest question you have been asked as an author?
I am often asked if I know Ron Weasley. When I was an actor, I once got a call from the Harry Potter and the Goblet of Fire production office about playing one of the older Weasley brothers. They asked a few questions, and I never heard from them again. (It became clear why when the film came out: the character in question was cut). I put this story on my website to illustrate how spectacularly unsuccessful my acting career was, and somehow it keeps being filtered into me having some sort of association with Rupert Grint. (I don’t).
I once did an in-store signing where the poster they put up to advertise my appearance said ‘he could have been Ron Weasley!’, which I thought was an interesting, if inaccurate, selling point.
What has inspired you the most to write?
That’s a tough one. I really don’t know. It just sort of happens. I liked a lot of fantasy-type things when I was younger, which I suppose helps. I went to a Catholic school, and Catholicism is essentially all stories so there was that too. And I’ve always liked to write, and read.
Whenever I’m asked the classic author question "where do you get your ideas from?", I always say the swimming pool. There’s something about doing those repetitive laps that allows me to think of new stuff, make new connections to things I’m working on. So let’s say ‘swimming’.
By Mr Ripley's Enchanted Books on December 03, 2017