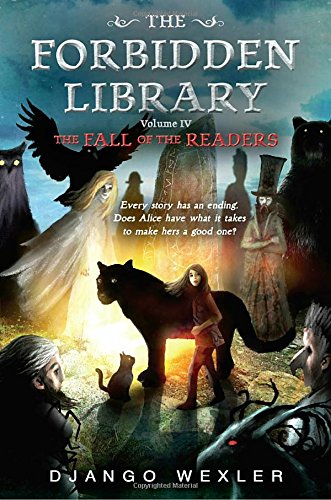 In this thrilling conclusion to Alice's adventures in The Forbidden Library she must lead her band of friends, magical beings, and creatures against the collected might of the Old Readers--perfect for fans of Story Thieves, Inkheart, Coraline, and Harry Potter.


When Alice defeated her uncle Geryon and declared war on the totalitarian ways of the Old Readers, she knew she would have a hard fight ahead. What she didn't anticipate was the ruthlessness of the Old Reader--who can control magic and enter worlds through books. All the creatures she promised to liberate and protect are being threatened, and slowly all of Alice's defenses are being worn away. So when Ending (the giant cat-like creature who guards the magical labyrinth in Geryon's library) hints at a dangerous final solution, Alice jumps at the chance, no matter the cost to her life. She and her friends--a fire sprite, Ashes the cat, and the other apprentice Readers she met during her previous adventures--go on a quest to free the one creature possibly strong enough to overturn the Old Readers once and for all.
But before it's all over, Alice will be betrayed, her true identity will be revealed, and she'll have to be willing to give up the person she loves the most. 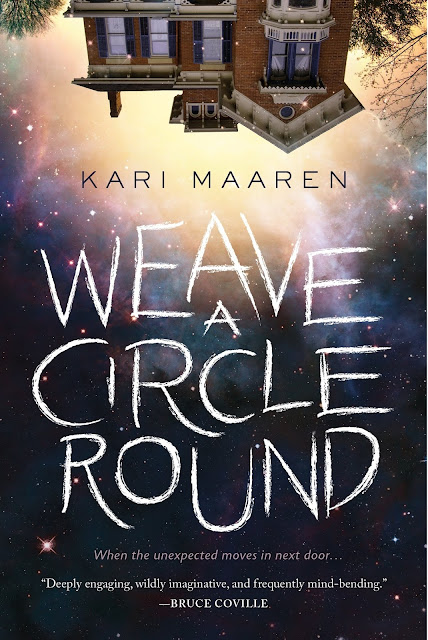 When the unexpected moves in next door, anything can happen in Weave a Circle Round, Kari Maaren's debut in this YA-friendly fantasy adventure.
Freddy doesn't want people to think she's weird. Her family makes that difficult, though: her deaf stepbrother Roland's a major geek, and her genius little sister Mel's training to be the next Sherlock Holmes. All Freddy wants is to survive high school.
Then two extremely odd neighbors move in next door.
Cuerva Lachance and Josiah definitely aren't normal. Neither is their house, which defies the laws of physics. Neither is Freddy's situation, when she suddenly finds herself stuck thousands of years in the past with her very, very weird neighbors. And that's only the beginning.
"I adored this brilliant book from start to finish. It left me reeling with delight and I can't wait for the rest of the world to get as lost in its pages as I was." --Charles de Lint
"I'd have loved this book when I was twelve, and I love it now." --Nebula, Hugo, and World Fantasy-Award winning author Jo Walton 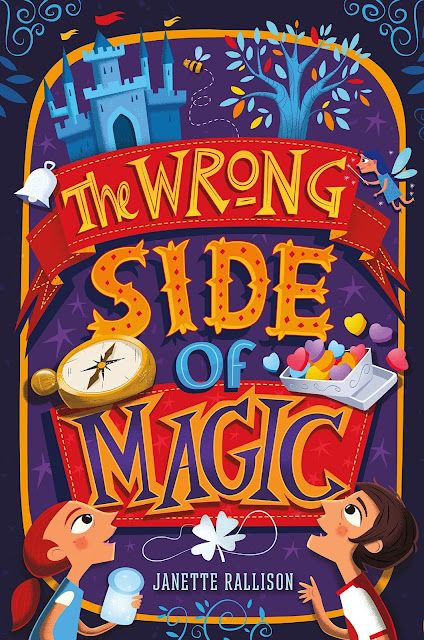 "Whimsical, exciting, funny, adventurous--all the things I loved about books growing up."--James Dashner, New York Times-bestselling author of the Maze Runner series
Hudson Brown stopped believing in magic long ago. That is, until the day he is whisked away to the magical land of Logos by a curious compass given to him by his off-beat neighbor, Charlotte.
Hudson discovers that Logos is a land ruled by words, thoughts, and memories. A fairy might ferry you across the river for the price of one memory. But be sure to look out for snarky unicorns, as they will see through those who are not pure of heart.
Not understanding the many rules of Logos, Hudson is quickly saddled with a troll curse. Charlotte, who, along with her father, was banished from Logos, can help get rid of the curse--but only if he agrees to find the lost Princess of Logos in return. 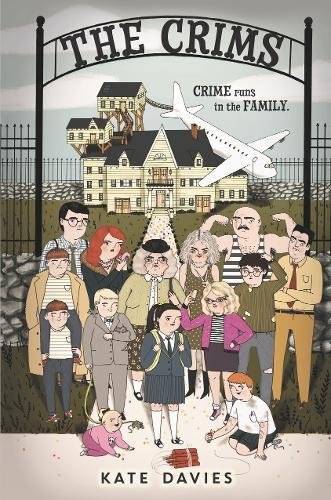 Kate Davies - The Crims - Published by HarperCollins (December 5, 2017) - ISBN-13: 978-0062494092
The Addams Family meets Despicable Me in the first book of this new trilogy, perfect for fans of Lemony Snicket and Pseudonymous Bosch!The Crim family is full of notorious criminals. Notoriously inept, that is. Uncle Knuckles once tried to steal a carnival. Great-Uncle Bernard held himself hostage by accident. Aunt Drusilla died slipping on a banana peel. But Imogen is different. She was born with a skill for scandal. A knack for the nefarious. A mastery of misdemeanors.Despite her natural talent for all things unlawful, Imogen got out of the family business years ago. But when the rest of the Crims are accused of pulling off a major heist-which seems doubtful, to say the least-Imogen is forced to step in to clear their names. Because only a truly skilled criminal can prove the bumbling family's innocence....