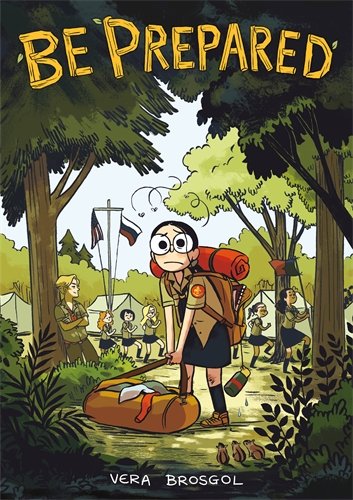 "Beautifully drawn, brutally funny, brilliantly honest. Vera is such a good cartoonist I almost can’t stand it.” ―Raina Telgemeier, author of Smile
All Vera wants to do is fit in―but that’s not easy for a Russian girl in the suburbs. Her friends live in fancy houses and their parents can afford to send them to the best summer camps. Vera’s single mother can’t afford that sort of luxury, but there's one summer camp in her price range―Russian summer camp.
Vera is sure she's found the one place she can fit in, but camp is far from what she imagined. And nothing could prepare her for all the "cool girl" drama, endless Russian history lessons, and outhouses straight out of nightmares! 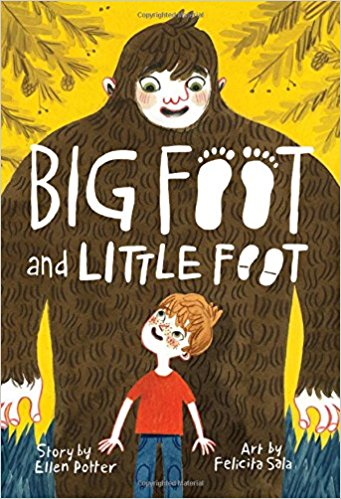 Hugo is a young Sasquatch who longs for adventure. Boone is young boy who longs to see a Sasquatch. When their worlds collide, they become the unlikeliest pair of best friends.

At the Academy for Curious Squidges, Hugo learns all manner of Sneaking—after all, the most important part of being a Sasquatch is staying hidden from humans. But Hugo dreams of roaming free in the Big Wide World rather than staying cooped up in caves. When he has an unexpected run-in with a young human boy, Hugo seizes the opportunity for a grand adventure. Soon, the two team up to search high and low for mythical beasts, like Ogopogos and Snoot-Nosed Gints. Through discovering these new creatures, together, Big Foot and Little Foot explore the ins and outs of each other’s very different worlds but learn that, deep down, maybe they’re not so different after all. 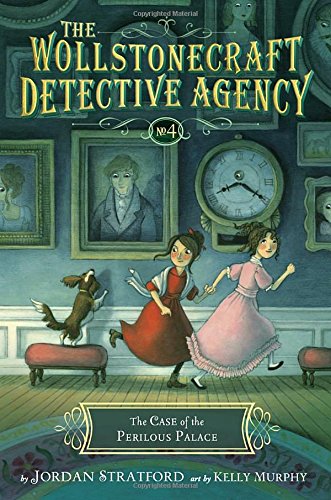 The history-mystery-science series concludes as the Wollstonecraft Detectives--Ada Byron Lovelace and Mary Shelley--take on a case by royal request.

Ada's imperious grandmother has absolutely shut the Wollstonecraft Detective Agency down--until they get a case from a princess, that is.

The princess Alexandrina Victoria, age 9 (who will grow up to be Queeen Victoria), is the most closely watched girl in England. She is never alone. Every morsel she eats is catalogued. Every visitor overseen. Every move noted down. She has but one thing of her own--a sketchbook she uses as a secret diary, where she records her private thoughts in code. But now, somehow, that sketchbook has disappeared.

And so the princess enlists Ada and Mary to figure out what has happened to the sketchbook without arousing the suspicions of her minders. A most clandestine case indeed! One that will involve breaking into Kensington Palace and uncovering a host of surprising royal secrets...

This funny, Christmas-time romp of a caper will delight history and mystery fans alike. 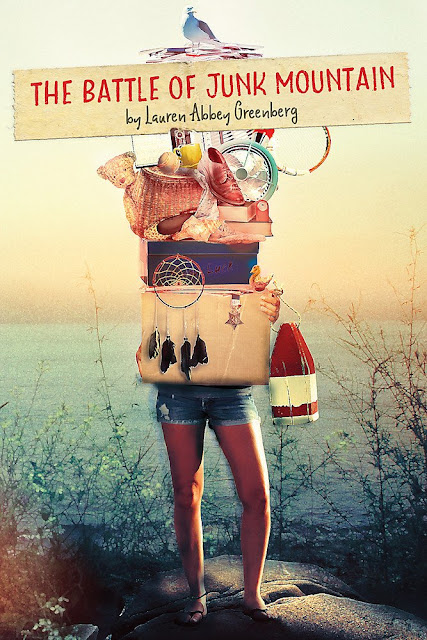 Twelve-year-old Shayne Whittaker has always spent summers on the Maine coast, visiting her grandmother Bea and playing with her BFF Poppy. Both Shayne and Bea are collectors, in their own ways: Shayne revels in golden memories of searching for sea glass and weaving friendship bracelets with Poppy, while Bea scours flea markets for valuable finds, much of which she adds to a growing pile in her house that Shayne jokingly calls Junk Mountain.

This summer, though, everything has changed. Poppy would rather talk about boys than bracelets, and Bea's collecting mania has morphed into hoarding. Only Linc, the weird Civil War-obsessed kid next door, pays attention to her. Turns out Linc's collected a secret of his own, one that could enrage the meanest lobsterman on the planet, his grandpa. What begins as the worst summer of Shayne's life becomes the most meaningful, as she wages an all-out battle to save her friendships, rescue her grandmother, and protect the memories she loves the most.
Posted by Mr Ripley's Enchanted Books on April 26, 2018