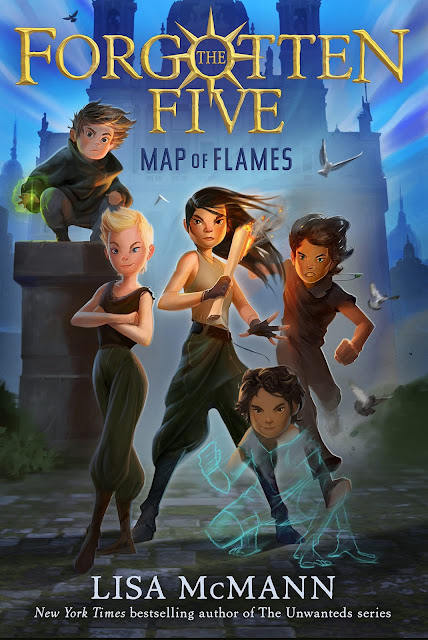 Fifteen years ago, eight supernatural criminals fled Estero City to make a new life in an isolated tropical hideout. Over time, seven of them disappeared without a trace, presumed captured or killed. And now, the remaining one has died. Left behind to fend for themselves are the criminals’ five children, each with superpowers of their own: Birdie can communicate with animals. Brix has athletic abilities and can heal quickly. Tenner can swim like a fish and can see in the dark and hear from a distance. Seven’s skin camouflages to match whatever is around him. Cabot hasn’t shown signs of any unusual power—yet.Then one day Birdie finds a map among her father’s things that leads to a secret stash. There is also a note:   Go to Estero, find your mother,and give her the map. The five have lived their entire lives in isolation. What would it mean to follow the map to a strange world full of things they’ve only heard about, like cell phones, cars, and electricity? A world where, thanks to their parents, being supernatural is a crime? 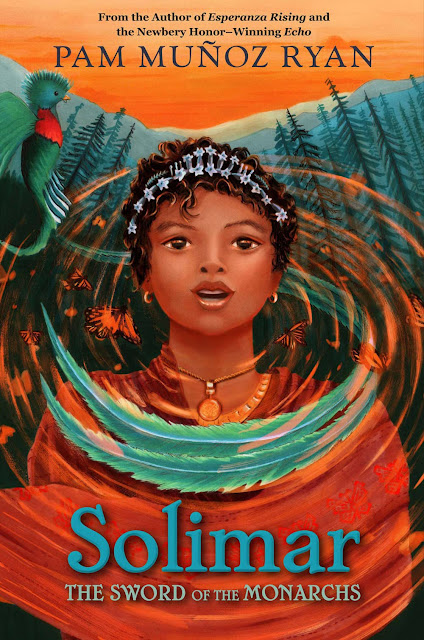 Pam Muñoz Ryan - Solimar: The Sword of the Monarchs - Published by  Disney-Hyperion (February 15, 2022) - ISBN-13 ‏ : ‎ 978-1484728352 - Hardback
Middle-grade fans of Pam Muñoz Ryan’s Esperanza Rising, will find a new Mexican heroine to love in Solimar and a fresh, magical story! On the brink of her Quinceañera, and her official coronation, Solimar visits the oyamel forest to sit among the monarch butterflies. There, the sun pierces through a sword-shaped crevice in a boulder, which shines on her and sends the butterflies humming and swirling around her. After the magical frenzy, she realizes she's been given a gift―and a burden: she can predict the near future! She has also become a protector of the young and weak butterflies. This alone would be a huge responsibility, but tragedy strikes when a neighboring king invades while her father and brother and many others are away. The remaining villagers are taken hostage―all except Solimar. Can this princess-to-be save her family, the kingdom, and the future of the monarch butterflies from a greedy and dangerous king? 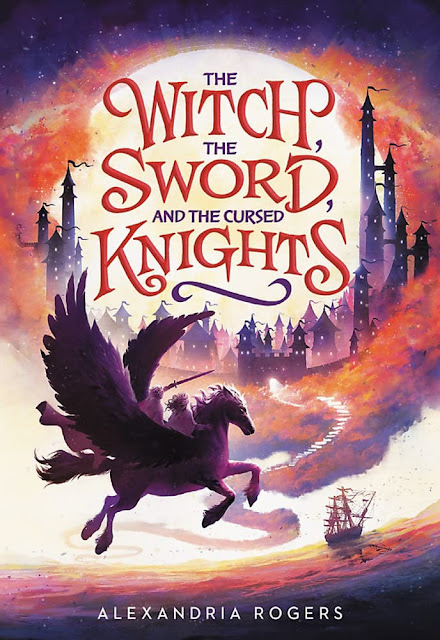 Alexandria Rogers - The Witch, The Sword, and the Cursed Knights - Little, Brown Books for Young Readers (February 8, 2022) - ISBN-13 ‏ : ‎ 978-0759554580 - Hardback
Perfect for fans of The School for Good and Evil and A Tale of Magic…, this Scout Life “Read It” pick and Amazon Best Book of the Month is a charming fantasy debut that puts a new spin on the legend of Camelot. Twelve-year-old Ellie can’t help that she’s a witch, the most hated member of society. Determined to prove her worth and eschew her heritage, Ellie applies to the Fairy Godmother Academy—her golden ticket to societal acceptance. But Ellie’s dreams are squashed when she receives the dreaded draft letter to serve as a knight of King Arthur’s legendary Round Table. She can get out of the draft—but only if she saves a lost cause. Enter Caedmon, a boy from Wisconsin struggling with the death of his best friend. He first dismisses the draft as ridiculous; magic can’t possibly exist. But when Merlin’s ancient magic foretells his family’s death if he doesn’t follow through, he travels to the knights’ castle, where he learns of a wicked curse leeching the knights of their power.  To break the curse, Ellie and Caedmon must pass a series of deathly trials and reforge the lost, shattered sword of Excalibur. And unless Ellie accepts her witch magic and Caedmon rises to become the knight he’s meant to be, they will both fail—and the world will fall to the same darkness that brought King Arthur and Camelot to ruin. 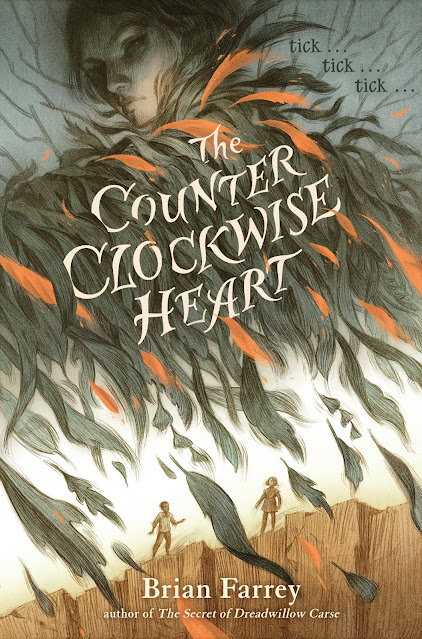 Brian Farrey - The Counterclockwise Heart - Published by  Algonquin Young Readers (February 1, 2022) - ISBN-13 ‏ : ‎ 978-1616205065 - Hardback
Tick . . . tick . . . tick . . . Time is running out in the empire of Rheinvelt. The sudden appearance of a strange and frightening statue foretells darkness. The Hierophants—magic users of the highest order—have fled the land. And the shadowy beasts of the nearby Hinterlands are gathering near the borders, preparing for an attack. Young Prince Alphonsus is sent by his mother, the Empress Sabine, to reassure the people while she works to quell the threat of war. But Alphonsus has other problems on his mind, including a great secret: He has a clock in his chest where his heart should be—and it’s begun to run backwards, counting down to his unknown fate. Searching for answers about the clock, Alphonsus meets Esme, a Hierophant girl who has returned to the empire in search of a sorceress known as the Nachtfrau. When riddles from their shared past threaten the future of the empire, Alphonsus and Esme must learn to trust each other and work together to save it—or see the destruction of everything they both love.
Email Post
Labels: Action Adventure Family Fantasy Feb 2022 Funny Horror Middle Grade Books New Book Picks US 2022 new books US Kids Books