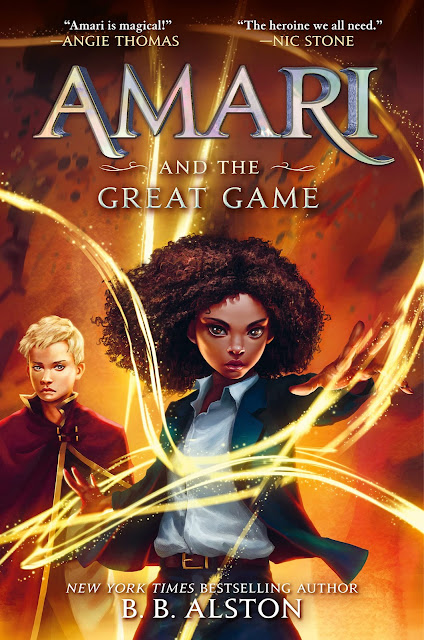 After finding her brother and saving the entire supernatural world, Amari Peters is convinced her first full summer as a Junior Agent will be a breeze.

But between the fearsome new Head Minister’s strict anti-magician agenda, fierce Junior Agent rivalries, and her brother Quinton’s curse steadily worsening, Amari’s plate is full. So when the secretive League of Magicians offers her a chance to stand up for magiciankind as its new leader, she declines. She’s got enough to worry about!

But her refusal allows someone else to step forward, a magician with dangerous plans for the League. This challenge sparks the start of the Great Game, a competition to decide who will become the Night Brothers’ successor and determine the future of magiciankind.

The Great Game is both mysterious and deadly, but among the winner’s magical rewards is Quinton’s last hope—so how can Amari refuse? 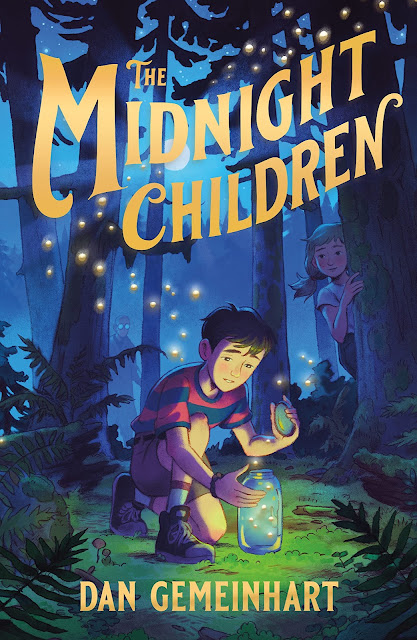 In the dead of night, a truck arrives in Slaughterville, a small town curiously named after its windowless slaughterhouse. Seven mysterious kids with suitcases step out of the vehicle and into an abandoned home on a dead-end street, looking over their shoulders to make sure they aren't noticed.

But Ravani Foster covertly witnesses their arrival from his bedroom window. Timid and lonely, Ravani is eager to learn everything he can about his new neighbors: What secrets are they hiding? And most mysterious of all...where are the adults?Yet amid this shadowy group of children, Ravani finds an unexpected friend in the warm and gutsy Virginia. But with this friendship comes secrets revealed―and danger. When Ravani learns of a threat to his new friends, he must fight to keep them safe, or lose the only person who has ever understood him. Full of wonder, friendship, and mystery, The Midnight Children explores the meaning of "home," what makes a family, and what it takes to find the courage to believe in yourself.

Return to the world of Nightbooks . . . if you dare. Dead stories—and dead witches—are back to haunt Alex and Yasmin. To find a happy ending, Alex will have to write it, in this sequel to Nightbooks from acclaimed author J. A. White.

Alex thought he was done with witches. But when Natacha, the witch who held him captive for scary stories, appears again one night, Alex realizes he’s trapped in a nightmare—literally. She’s found a way to enter his dreams with a new, terrifying familiar named Simeon. And they once again want Alex to write. Transported to a story graveyard with best friend Yasmin, Alex will have to complete an original scary story each night.

But what does Natacha plan to do with his finished stories? And what makes a story good enough? While Natacha might have control of the beginnings, only Alex has the power to write the ending.

Readers can delight in a spooky story while also exploring the craft of writing alongside Alex. As he writes his own scary tales, he learns about plot twists, active characters, identifying originality, and accepting feedback, as well as dealing with writer’s block—making this an ideal book to read for fun or use in classrooms. 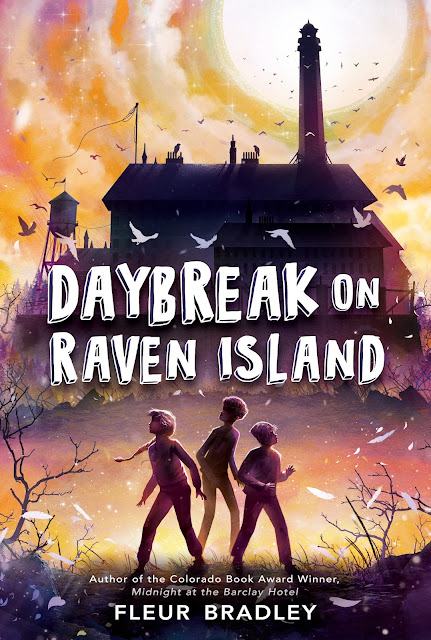 From the critically acclaimed author of Midnight at the Barclay Hotel comes a thrilling new middle-grade mystery novel inspired by Alcatraz Prison.

Tori, Marvin, and Noah would rather be anywhere else than on the seventh-grade class field trip to Raven Island prison. Tori would rather be on the soccer field, but her bad grades have benched her until further notice; Marvin would rather be at the first day of a film festival with his best friend, Kevin; and Noah isn't looking forward to having to make small talk with his classmates at this new school. But when the three of them stumble upon a dead body in the woods, miss the last ferry back home, and then have to spend the night on Raven Island, they find that they need each other now more than ever. They must work together to uncover a killer, outrun a motley ghost-hunting crew, and expose the age-old secrets of the island all before daybreak.