New Hardback Books For May 2009 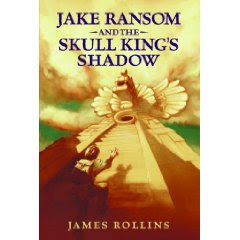 I have a had quick look into the new books coming out in May and picked some of the best titles to be published.

Huge armoured fortress are advancing towards London.Buried in the city's past is a terrible secret that may safe it from destruction.Only one key can unlock it-an odd-looking orphan named Fever Crumb.

We were in the square, in the square where I’d run, holding her, carrying her, telling her to stay alive, stay alive till we got safe, till we got to Haven so I could save her - But there weren’t no safety, no safety at all, there was just him and his men…


'Just listen,' Adam says with a voice that sounds like shrapnel. I open my eyes wide now. I sit up as much as I can. And I listen. 'Stay,' he says. Everybody has to make choices. Some might break you. For seventeen-year-old Mia, surrounded by a wonderful family, friends and a gorgeous boyfriend decisions might seem tough, but they're all about a future full of music and love, a future that's brimming with hope. But life can change in an instant. A cold February morning ...a snowy road ...and suddenly all of Mia's choices are gone. Except one. As alone as she'll ever be, Mia must make the most difficult choice of all. Gripping, heartrending and ultimately life-affirming, "If I Stay" will make you appreciate all that you have, all that you've lost - and all that might be.

Anax is about to face her examination for the Academy, the institution which safeguards her society. The subject is close to her heart: Adam, a man whose struggle transformed the course of her country. But the examination by the panel will reveal new twists to Adam's history. Twists that will undermine Anax's assumptions about her country and who she is. But why is the Academy allowing Anax to open up the enigma at its heart? All young people will identify with Anax as she faces the most important examination of her life; she is on the brink of her future and discovering a new world. Beckett unlocks this beautifully wrought story about the human soul and artificial intelligence in an ingenious and devastating denouement.

Conn's quest to save his city's magic has become urgent: his power stone is lost and Shadowmen, ruthless assassins, are stalking the city's people. But when Conn blows up Wizard Nevery's beloved home, he is banished by his own master. Determined to return and save Wellmet, he travels to Desh, a glittering city in the desert, home to the Shadowmen and run by a mysterious Sorcerer-King.

When a mysterious envelope arrives for Jake Ransom, he and his older sister, Kady, are plunged into a gripping chain of events. An artifact found by their parents - on the expedition from which they never returned - leads Jake and Kady to a strange world inhabited by a peculiar mix of long-lost civilizations, a world that may hold the key to their parents' disappearance.

But even as they enter the gate to this extraordinary place, savage grackyls soar across the sky, diving to attack. Jake's new friends, the pretty Mayan girl Marika and the Roman Pindor, say the grackyls were created by an evil alchemist - the Skull King. And as Jake struggles to find a way home, it becomes obvious that what the Skull King wants most is Jake and Kady - dead or alive

Some good reading to look forward to in May.I will also list the best paperbacks to be released in May Soon.
By Mr Ripley's Enchanted Books on March 12, 2009