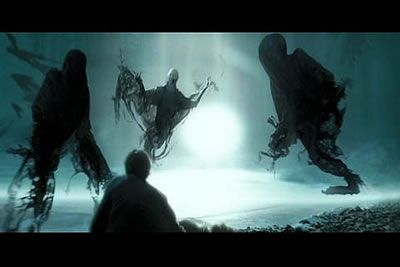 BLOOMSBURY LAUNCHES POLL TO FIND  FAVOURITE HARRY POTTER CHARACTER
Wizard?   Muggle?   Dementor! - Who would you choose?
J.K ROWLING would choose: ‘Harry, although I believe I am unusual in this, Ron is generally more popular (I love him too, though) Now that I have finished writing the books, the character I would most like to meet for dinner is Dumbledore.  We would have a lot to discuss, and I would love his advice; I think that everyone would like a Dumbledore in their lives’
Bloomsbury Publishing is launching the first official global search to find the world’s favourite character from the Harry Potter books.
Over the course of seven bestselling books Harry Potter has met a huge cast of incredible characters. Bloomsbury has drawn up a list of 40 of those characters which can be found on the home page of www.bloomsbury.com/harrypotter where visitors can vote. If a character is missing, then there is also the opportunity to add your favourite.
The poll opens on Monday 16th May 2011 and runs until Friday 26th August 2011. The winning character will be announced on Tuesday 30th August 2011. The poll will be supported by regular Facebook updates.
Email Post

Mr Ripley's Enchanted Books said…
My vote was for Luna Lovegood,
A Ravenclaw student with a dreamy voice and large misty eyes. In the year below Harry at Hogwarts. Her father, Xenophilius, is the editor of The Quibbler.

Carmen said…
Well... if I'm honest... it's because I now always imagine Snape as Alan Rickman - he's the only one where I imagine the actor as the character when I'm reading. Mr Rickman does bad so good!