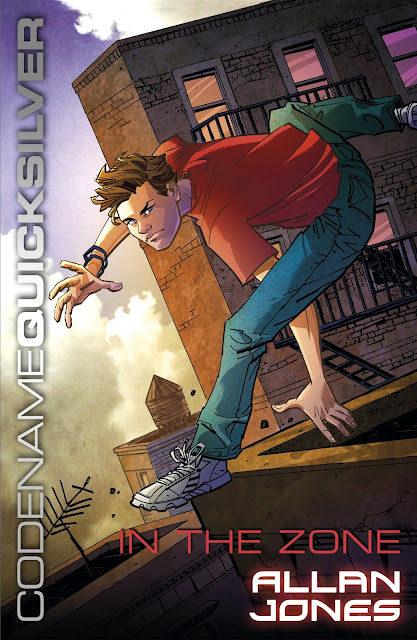 When I first discussed with the publisher the idea of a new spy series aimed at boys, they wanted the hero to be special. Not just special as in brave and bold and honest and trustworthy and good in a tight corner. They wanted something a bit extra. Something extraordinary.

I was first introduced to the world of Parkour and Free-Running when I went to the cinema to see the James Bond movie Casino Royale. I expect a lot of people had the same experience of stunned disbelief, amazement and pure excitement as Sebastien Foucan, playing the role of Mollaka, ran and jumped across the building site with Bond in hot pursuit. Since then, the stunts and disciplines of Free-Running and Parkour have appeared much more frequently, and there are now plenty of YouTube videos and online groups discussing this topic.

The word Parkour comes originally from the French: ‘parcours du combatant’ which is the way of training military personnel by giving them obstacle courses to get across. So, Parkour’s main object was to get across tricky terrain as quickly as possible using whatever methods got the job done. Being able to run fast was an obvious advantage, but to do it well you needed a quick eye and a high level of gymnastic and athletic ability. And a very speedy brain. You have to be able to think five or ten moves ahead – to see obstacles and instantly to be able to figure out how to get over, under or through them at the highest possible speed.

And you have to have the courage and the training to know what your body is capable of. In Parkour, you don’t always get the chance of a second attempt. For instance, if you’re involved in a rooftop chase, you have to be able to judge the distance between buildings. If you jump, will you make it to the other side? If not, what can you do instead?

The most important basics of Parkour and Free-Running are expert jumping and landing techniques and the use of the roll on landing to protect the spine from jarring and to keep the momentum of your run going. But highly developed gymnastic and athletic skills are also vital if you’re not going to do yourself some serious damage. This is a discipline that demands hard work and training –and a sharp enough brain to know your own limits and not take unnecessary risks. This isn’t Jackass TV – it’s the absolute opposite.

Parkour evolved into Free Running in London about 2003. It used Parkour as a foundation but added new levels of acrobatics and focused on elements such as the cat crawl and the pop vault and the dash bomb. While these new techniques don’t necessarily help you get from point A to point Z as quickly as possible, they are great at confusing and bewildering anyone trying to chase you.

So, when the publishers told me that the hero of Codename Quicksilver should have some special abilities, Parkour and Free Running were the first things that popped into my mind. And then something else occurred to me – something to make Agent Quicksilver even more extraordinary... But you’ll have to read the books to learn what that is.
www.codenamequicksilver.com 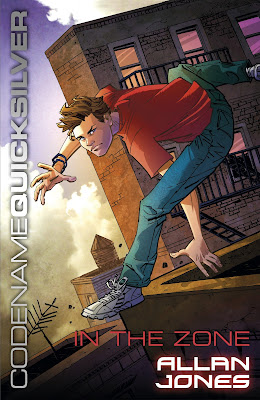 When Zak Archer accidentally witnesses a murder he immediately finds himself in the firing line. Now some very dangerous people want him dead and he is on the run.


Luckily, running is something Zak is good at. In fact, when he's 'in the zone' he can run faster, jump further and fly higher than should be humanly possible. But will those skills be enough to save him? What exactly is the truth behind his friend's death? And in a world of spies, secrets and lies - who can he trust? 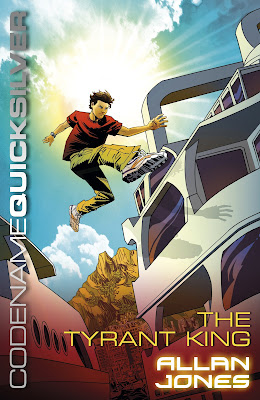 Zak's training is cut short when he is sent on his first mission. The King of Montevisto and his family have been threatened and the secret services believe the attack will take place on the family's forthcoming visit to the UK. It's vital that the trip goes smoothly and Zak is in charge of protecting the king's son. He soon finds he needs all his training and talents to outwit the enemy and save lives.

Thanks Allan for such a great post. This is one that will surely entice some of you blog readers to grab this action packed book and give it a read. Published 5th July 2012 by Orion Children's.