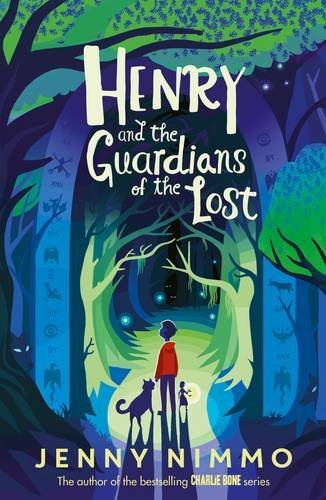 A spell-binding new children's book from one of Britain’s best-loved authors of fantasy adventure. Perfect for fans of Eva Ibbotson, Inkheart, and the Charlie Bone series.
The yellow letter arrived on a Saturday, otherwise Henry would have been at school. The envelope was such a bright, sunny colour, no one would have believed that it contained a bombshell.
Less than 10 minutes after the arrival of the mysterious letter, Henry is on the run with his Auntie Pearl, possibly never to return home. Henry has a secret. He is twelve, but he hasn’t aged a day since the moment he was thrust a hundred years into the future. Now his secret has put him in danger. His only hope is the protection of the Guardians of the Lost.
A wonderfully immersive fantasy book for children aged 9 and up.

Even before the last Charlie Bone book had been published, I was receiving letters from children begging to know what had happened to Charlie’s cousin, Henry. In Book Two, ‘The Time Twister’, Henry arrives in the present after being whisked through time from the year 1916. Charlie helps Henry to escape from the malevolent magician, Ezekiel, now over a hundred years old. It was Ezekiel who, as a jealous teenager, sent Henry through time as a punishment for being clever at jigsaws.


After his escape Henry lives in a remote and secluded cottage with his aunt, Pearl, and his cat, Enkidu. Better keep him there for a while, I thought, out of harm’s way. So there he stays for almost two years. However, when children’s letters started arriving, asking for news of Henry, I knew it was time to determine his future. What would become of a boy, a hundred years out of his own time? In my mind Henry began to emerge as a resilient and resourceful boy (he has to be) a boy determined to survive no matter what. I knew what he looked like as I had already described him in ‘The Time Twister’. He bears an uncanny resemblance to Charlie Bone, who has dark, springy hair and eyes like muddy pools. READ MORE HERE! 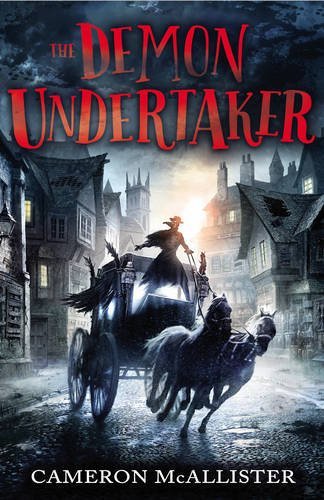 Bolt your doors! Do not dare to sleep! A kidnapper known as ‘The Demon Undertaker’ is on the loose in London! Yesterday he continued his reign of terror in his most chilling crime yet – kidnapping Lady Grace Davenport from under the very noses of her family!

A barrage of bullets could not stop the blood-thirsty ghoul from escaping in his black hearse – is he man or vampyre?

Young Thomas Fielding, nephew of the Chief Magistrate, stumbled across the villain and gave chase. Can Thomas and his team of Bow Street Detectives save Lady Grace and catch the Demon Undertaker before he snatches his next victim? 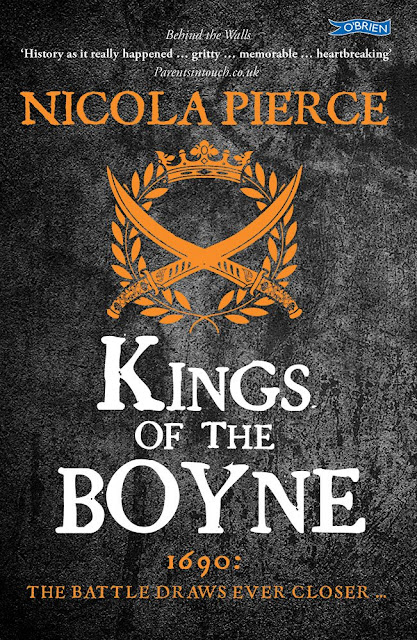 Two kings, Three young soldiers. One battle to end all battles.
Eager to prove his courage and defend his family honour, young Irish noble Gerald O'Connor rides his warhorse Troy north in King James’s cavalry.
Brothers Robert and Daniel Sherrard march south from the once-besieged city of Derry with King William’s army.
The chosen field of battle – the Boyne – lies waiting, where victory will decide who rules the lands of England, and of Ireland.
And the fighting will decide who survives the deadly game of war. 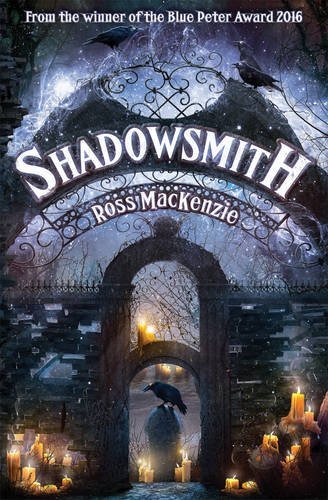 Are you brave? When mysterious Amelia Pigeon turns up at Kirby's bedroom window in the dead of night, this is the question she asks him -- immediately before they tumble into a world of ancient malevolent spirits who have torn their way into Kirby's sleepy seaside village. Ross MacKenzie weaves a world of magic and adventure, which twists and turns magnificently and will keep thrilled young readers guessing right to the end.
By Mr Ripley's Enchanted Books on September 21, 2016