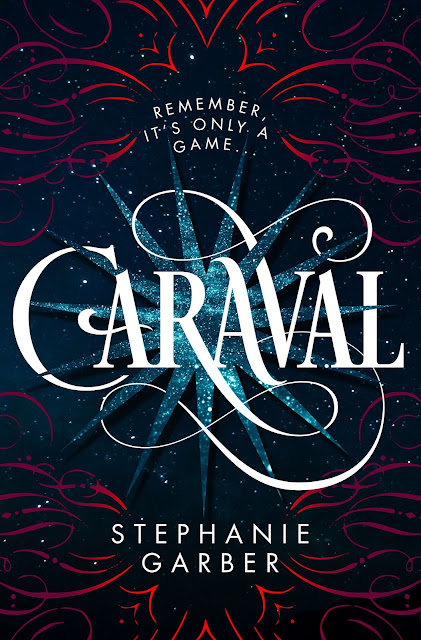 This is the first look at Stephanie Garber’s YA debut, Caraval. This book is one of the most anticipated books to be released in January 2017. The book will be published in the U.K by Hodder & Stoughton and the US by Flatiron books, 31. Jan. 2017.  The film rights have already been snapped up by the producer of the Divergent series. Suffice it to say, you’re going to want to keep an eye on this one. A  stunningly imaginative debut novel, perfect for anyone who loved The Night Circus or Daughter of Smoke and Bone.

An original world. A legendary competition. A mesmerizing romance. An unbreakable bond between two sisters.
Welcome to Caraval—the first book in a spell-casting fantasy series that’s perfect for fans of Marissa Meyer’s Lunar Chronicles series and The Night Circus.
Before you enter the world of Caraval, you must remember that it’s all a game . . .
Scarlett has never left the tiny island where she and her beloved sister, Tella, live with their ruthless father. Now Scarlett’s father has arranged a marriage for her, and Scarlett thinks her dreams of seeing Caraval, the legendary, once-a-year performance where the audience participates in the show, are over.
Then, Scarlett’s long-dreamt-of invitation to Caraval finally arrives. So, Tella enlists a mysterious sailor’s help to whisk Scarlett away to this year’s show. But as soon as the trio arrives, Tella is kidnapped by Caraval’s mastermind organizer, Legend.
Scarlett has been told that everything that happens during Caraval is only an elaborate performance. But she nonetheless soon becomes enmeshed in a game of love, heartbreak, and magic with her sister, with Legend, and with the other players in the game. And whether Caraval is real or not, she must find Tella before the five nights of the game are over, a dangerous domino effect of consequences is set off, and her sister disappears forever.
By Mr Ripley's Enchanted Books on November 28, 2016