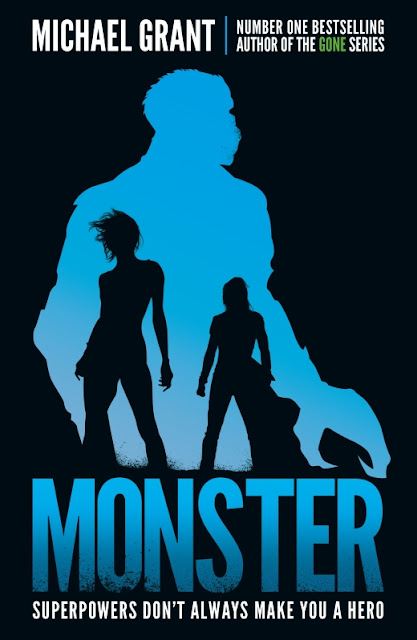 It’s been four years since a meteor hit Perdido Beach and everyone disappeared. Everyone, except the kids trapped in the FAYZ—an invisible dome that was created by an alien virus. Inside the FAYZ, animals began to mutate and teens developed dangerous powers. The terrifying new world was plagued with hunger, lies, and fear of the unknown.
Now the dome is gone and meteors are hitting earth with an even deadlier virus. Humans will mutate into monsters and the whole world will be exposed. As some teens begin to morph into heroes, they will find that others have become dangerously out of control…and that the world is on the brink of a monstrous battle between good and evil.
This is the first riveting book in the new trilogy (The Monster Series) by Michael Grant. We are introduced to a range of new, exciting and diverse characters whilst also meeting and catching up with the familiar characters from The Gone Series. Michael has integrated both extremely well to create an exciting and compelling story. It really helps to connect the reader with every aspect of the story and can be read as a stand alone novel.

Readers will be able to easily relate to one, or a number of characters, through the diversity of personalities which brings the universe crashing down explosively. The dome is down and the story has just begun in a fantastic installment that will change the face of the universe and keep you on your fantasy reading toes.

Set four years after the final book in the Gone series. Michael sets about exploring what it means to be a superhero/villain. The characters' superhero powers and reactions do not always make them a hero. One of the characters, through a series of events, soon find themselves becoming the biggest supervillain. It is fascinating to understand and read the characters' motives. It really highlights and promotes the reader to think about the influences and outcomes on people which can change them.

This is a fantastically articulated story that follows a character you might be all too familiar with called "Shade Darby". She has witnessed events that day, with devastating consequences, and vowed never to feel that powerless again. Now, four years later, she gets her hands on part of the meteor that began it all – and that’s when she changes.

This book features a range of sub-plots that leads the reader down many paths. This helps to connect the reader to the previous series by grabbing the attention of older Michael Grant readers as well as new ones. I really enjoyed reading about, and experiencing, the morphing/mutating from the 'ordinary' character to the one with super-human-powers. The transition was a real eye opener in some cases, as the superhero/villain was a much larger than life destructive force and makes you want to run for cover.

The plot line is very definitely driven by action and dynamic battles with a fantastic narrative that might just blow your fantasy socks off. The character's 'monster' forms are a heady mix of emotions and uniqueness. All are combined to create a fast-paced and heart-pounding sci-fi-thriller. It is incredibly well written but would be equally as effective on the big screen. The high-octane action was dispersed throughout the story rather than just at a particular point. As a result, this really enhanced the characters' interactions and developed the depth of the story.

​This book is not out until October, 19th 2017 (UK) Egmont (US) Katherine Tegen so this is a very early review. However, I loved this book so much that I wanted to let the monster urges out so I could not wait to review it. This is the best teenage book that I have read this year - Michael Grant has excelled himself. I understand from Michael Grant himself that Book Two is to be called Villain (2018) and Book three will be Hero (2018). However, this is a long way away and could all change.

Michael Grant lives in San Francisco with his wife, Katherine Applegate, and has written over 150 books - with Katherine, as himself, under pseudonyms and as a ghostwriter. He is best know for the international multi-million-selling young adult six-book GONE series: GONE, HUNGER, LIES, PLAGUE, FEAR and LIGHT. 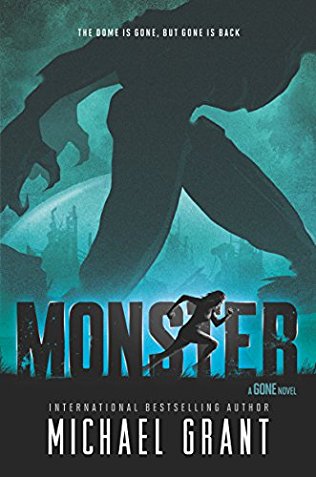 Which is your favourite book cover?
The top one is the UK book cover.
This one underneath is the US book cover.
I'm very interested to know what you think!
By Mr Ripley's Enchanted Books on June 30, 2017