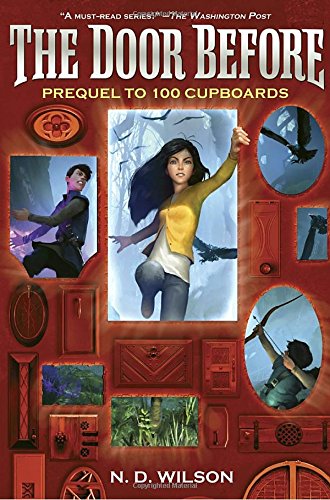 Readers everywhere were transported by the 100 cupboard doors leading to 100 worlds of adventure in the bestselling 100 Cupboards series! Now, whether you're new to the series or can't wait to know where the cupboards came from, you’ll want to open the cupboard door to this action-packed fantasy where friendships are forged, dark forces are challenged, and the adventure begins!

Hyacinth Smith can see things that others miss, stop attack dogs from attacking, and grow trees where no trees have grown before. But she’s never had a real home. When her father tells them they’ve inherited a house from their great-aunt, Hyacinth sees trouble brewing. Their great-aunt has been playing with forces beyond her control, using her lightning-tree forest to create doors to other worlds. When one door opens, two boys tumble through . . . bringing with them a battle with the undying witch-queen, Nimiane. Hyacinth, together with the boys, must use her newfound magic and all of her courage to journey straight into the witch’s kingdom in a daring plan to trap evil and kill the immortal. 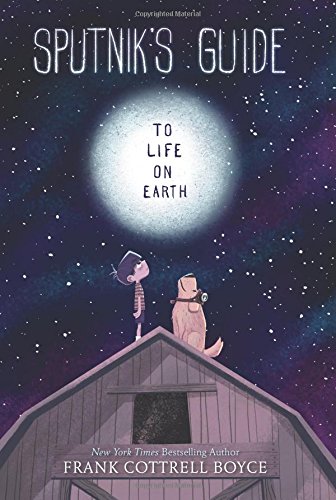 Award-winning author Frank Cottrell Boyce returns with another one-of-a-kind story of heart, humor, and finding one’s place in the universe.

Prez is still learning to fit in at his new home when he answers the door to meet Sputnik—a kid who is more than a little strange. First, he can hear what Prez is thinking. Second, he looks like a dog to everyone except Prez. Third, he can manipulate the laws of space and time. Sputnik, it turns out is an alien, and he's got a mission that requires Prez's help: the Earth has been marked for destruction, and the only way they can stop it is to come up with ten reasons why the planet should be saved.
Thus begins one of the most fun and eventful summers of Prez's life, as he and Sputnik set out on a journey to compile the most important list Prez has ever made—and discover just what makes our world so remarkable. 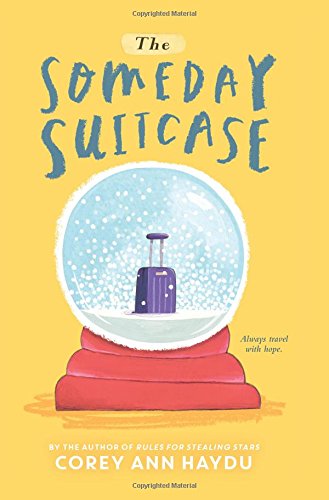 Readers who loved  The Thing About Jellyfish and Goodbye Stranger will find a mysterious magic and unforgettable friendship in The Someday Suitcase, written by the critically acclaimed author of Rules for Stealing Stars.
Clover and Danny are the kind of best friends who make each other even better. They’re so important to each other that Clover believes they’re symbiotic: her favorite science word, which describes two beings who can’t function without the other. But when Danny comes down with a mysterious illness that won’t go away, the doctors can’t figure out what’s wrong with him. So Clover decides to take matters into her own hands by making lists—list of Danny’s symptoms, his good days, his bad days.
As the evidence piles up, only one thing becomes clear: Danny is only better when Clover is around.
Suddenly it feels like time is running out for Clover and Danny to do everything they’ve planned together—to finally see snow, to go on a trip with the suitcase they picked out together. Will science be able to save Danny, or is this the one time when magic can overcome the unthinkable? 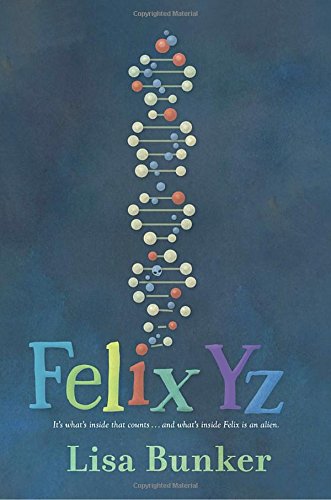 “If it wasn’t for the fused-with-Zyx thing, I suppose I would just be normal—whatever that means.”

When Felix Yz was three years old, a hyperintelligent fourth-dimensional being became fused inside him after one of his father’s science experiments went terribly wrong. The creature is friendly, but Felix—now thirteen—won’t be able to grow to adulthood while they’re still melded together. So a risky Procedure is planned to separate them . . . but it may end up killing them both instead.

This book is Felix’s secret blog, a chronicle of the days leading up to the Procedure. Some days it’s business as usual—time with his close-knit family, run-ins with a bully at school, anxiety about his crush. But life becomes more out of the ordinary with the arrival of an Estonian chess Grandmaster, the revelation of family secrets, and a train-hopping journey. When it all might be over in a few days, what matters most?

Told in an unforgettable voice full of heart and humor, Felix Yz is a groundbreaking story about how we are all separate, but all connected too. 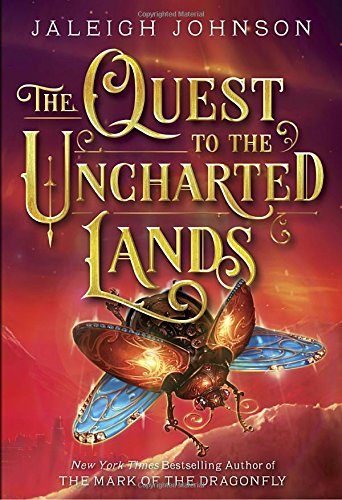 From the acclaimed author of the New York Times bestseller The Mark of the Dragonflycomes another magical and thrilling story that takes readers on an exciting new adventure.

Stella Glass dreams of exploring worlds beyond her home of Solace, but when her famous parents are sent on a historic mission to the Uncharted Lands, it’s simply too dangerous for her to join them. By order of the king, she is left behind.

Missing out on the excitement is one thing, but Stella is devastated at the thought of her parents flying into the unknown. So she takes matters into her own hands. Instead of staying with family as planned, she steals away and—right before takeoff—sneaks aboard the airship.

But Stella isn’t the only stowaway.

In the cargo bay is a boy who is also desperate to get to the Uncharted Lands. And someone else who’s determined to keep the ship from making it there at all. . . .
Posted by Mr Ripley's Enchanted Books on June 29, 2017