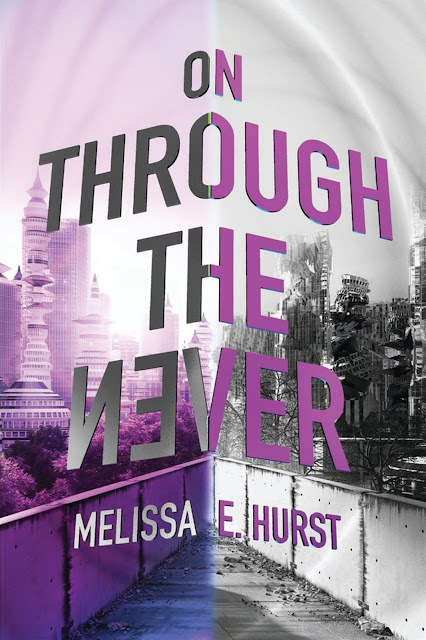 In 2013, Bridger and Alora found a way to prevent Alora’s murder and return her to the century she was born in, preserving the timeline and preventing a possibly disastrous future.  Back in the year 2147, Bridger is following in his father’s footsteps by wrapping up his military training at The Academy for Time Travel and Research. Alora is adjusting to life in the twenty-second century, and learning to master her powers; as a Dual Talent, she has the rare―and secret―ability to bend both space and time. But unrest is growing in the North American Federation. As the government moves to limit the rights of Purists, people who refuse genetic modifications, violent protests break out. At the same time, paranoia and anger about the existence of Dual Talents seem to be growing―both among Purists and within the government itself.
Then a masked Time Bender arrives from the future. He insists that war is coming, and only Bridger and Alora can stop it. There’s just one problem: they have no memory of each other. 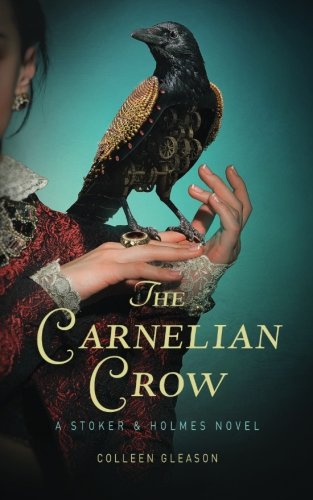 The girls are back!Evaline Stoker (sister of Bram) and Mina Holmes (niece of Sherlock) return in the fourth volume of the steampunk adventure series set in an alternate Victorian London.Ever since the debacle of the Chess Queen Enigma, Mina Holmes and Evaline Stoker have laid low, trying to settle back into their quiet lives as young ladies of London. But the Holmesian deductive abilities won't remain dormant for long, and when Mina receives a strange package from a winged, midnight visitor, she is catapulted into a new, mysterious adventure: the search for The Carnelian Crow. Meanwhile, Evaline has received some very disturbing news--news that will change her life forever. Along with that unpleasant knowledge is the strange disappearance of her nemesis, the disreputable pickpocket Pix.When it becomes clear the arch-villainess the Ankh has made her next move, it will take all of Mina's Holmesian ingenuity and Evaline's courage and determination to stop the criminal from executing her boldest and most dangerous plan yet! 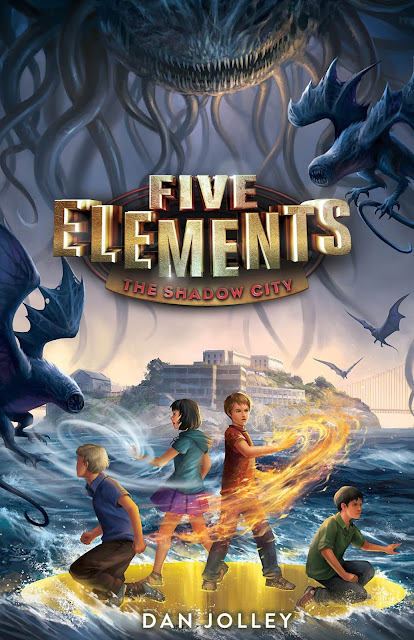 The second book in an epic middle-grade series full of awesome elemental powers, nightmarish creatures, and nonstop adventure that will thrill kids who love Avatar: The Last Airbender, Rick Riordan, and Brandon Mull.
Five elements. Two worlds. One city…and one chance to save it.
In the past two weeks, Gabe Conway has fought a six-winged dragon, bound himself to the element of fire, and rescued one of his best friends from the twisted parallel dimension known as Arcadia. Now he has to find a way to do something even more impossible: destroy Arcadia forever—before a sinister cult unleashes its nightmare of death and destruction across San Francisco.
Don’t miss the action-packed series School Library Journal called “extremely entertaining and sure to be popular with fans of Percy Jackson and the 39 Clues series.” In the epic conclusion to the award-winning Continuum Trilogy, Aero leads a group insurgents from the Second Continuum to overthrow his rival, Supreme General Vinick, and unite his space colony’s military forces, while Seeker embarks on a secret mission back to her home colony to reinforce Earth's defenses and protect the First Continuum against an even greater threat. Meanwhile, Myra’s nightmares have become a reality as the Dark Thing hurtles toward Earth with designs on eradicating the planet’s fledgling populace. The only thing standing in the way are the three Carriers and those who would join them to fight against a second coming of the Doom.
Posted by Mr Ripley's Enchanted Books on July 19, 2017