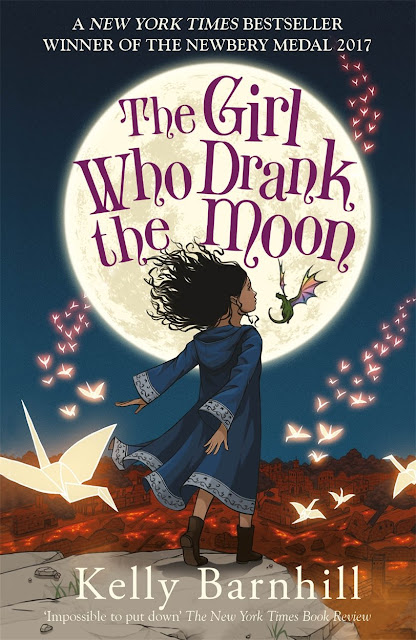 Kelly Barnhill - The Girl Who Drank The Moon - Published by Piccadilly Press (24 Aug. 2017)

Every year, the people of the Protectorate leave a baby as an offering to the witch who lives in the forest. They hope this sacrifice will keep her from terrorizing their town. But the witch in the Forest, Xan, is in fact a good witch who shares her home with a wise Swamp Monster and a Perfectly Tiny Dragon. Xan rescues the children and delivers them to welcoming families on the other side of the forest, nourishing the babies with starlight on the journey.One year, Xan accidentally feeds a baby moonlight instead of starlight, filling the ordinary child with extraordinary magic. Xan decides she must raise this girl, whom she calls Luna, as her own. As Luna's thirteenth birthday approaches, her magic begins to emerge - with dangerous consequences. Meanwhile, a young man from the Protectorate is determined to free his people by killing the witch. Deadly birds with uncertain intentions flock nearby. A volcano, quiet for centuries, rumbles just beneath the earth's surface. And the woman with the Tiger's heart is on the prowl . . .The Newbery Medal winner from the author of the highly acclaimed novel The Witch's Boy. 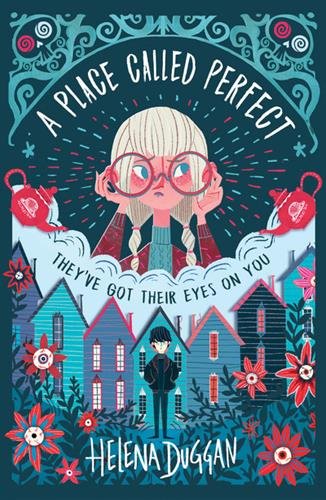 Who wants to live in a town where everyone has to wear glasses to stop them going blind? And who wants to be neat and tidy and perfectly behaved all the time?Violet quickly discovers there's something weird going on in the town - she keeps hearing voices, her mam is acting strange and her dad has disappeared.When she meets Boy she realizes that her dad is not the only person to have vanished... and that the mysterious Watchers are guarding a perfectly creepy secret! 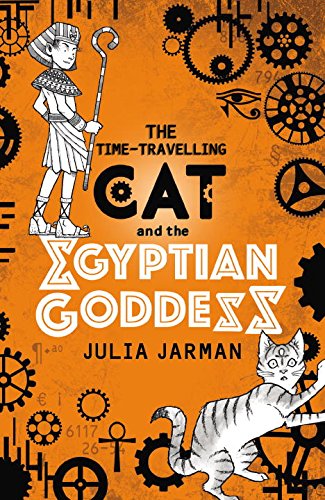 Topher and his father are trying to get over the death of Topher's mother, an Egyptologist, when they take in a stray cat. This cat bears an uncanny resemblance to a cat ornament given to Topher by his mother and so they name it 'Ka', meaning 'double'. Topher becomes very attached to Ka and is puzzled by her mysterious absences. One day when he is playing a computer game with an Egyptian theme, Ka jumps on the keys and spells out the name Bubastis, which was the centre of cat worship in Ancient Egypt. Could Ka really be leading a double life and what is she trying to tell Topher? 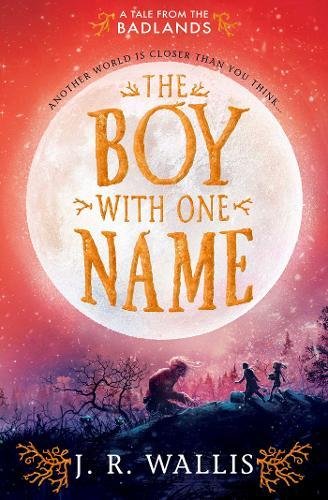 Twelve-year-old Jones is an orphan, training as an apprentice hunter alongside his mentor, Maitland, tackling ogres, trolls and all manner of creatures that live in the Badlands – a hidden part of our own world, and which most people think exist only in fairytales and nightmares. But all Jones secretly wants to be is an ordinary boy and to leave the magical world forever...When an ogre hunt goes wrong and Maitland is killed, Jones finally has a chance to find out where he came from. But the truth he uncovers isn’t what he’s expecting and it seems that if Jones is going to make his dream come true he’ll have to defeat a creature not even Maitland had dared take on and he won’t be able to do it alone… He’s going to need help from Ruby, the first girl he’s ever met. She’s outspoken, fearless and determined to prove she’s as good as any boy, and unlike Jones, being ordinary is the last thing on her mind. Ruby’s desperate to find her place in the world and thinks the Badlands could be it. So, working together isn’t going to be straightforward. In fact, it could be downright dangerous. But who said getting what you want is supposed to easy, even if it is just wanting to be ordinary?
Posted by Mr Ripley's Enchanted Books on July 27, 2017