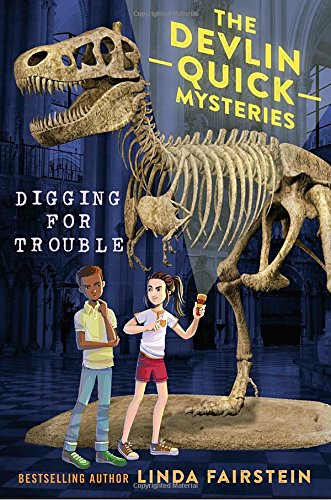 Twelve-year-old supersleuth Devlin Quick heads to Montana to dig out dinosaur bones, but instead, she uncovers a mystery in this second book in the thrilling series from New York Times bestselling author Linda Fairstein.
After successfully apprehending a map thief at the beginning of summer, Dev is going to spend the second half of her summer vacation in Montana with her best friend, Katie, exploring the outdoors and NOT getting into trouble. But after participating in a dinosaur dig, Katie and Dev suspect that someone bad is in the Badlands when Katie's found fossils are switched out for old rocks. The good news? With Mom back in New York, no one can stop Devlin from investigating! But the fossil thief isn’t the only danger here, as snakes, scorpions, and bears abound, making Montana a treacherous place for finding answers.

And when the mystery takes Dev and Katie back to Manhattan—to the Museum of Natural History—the case gets even more complicated, even with Dev’s friend Booker there to help. Dev has to use her brains, brawn, and yes, okay, the lessons learned from her police commissioner mother if she wants to dig up the truth once and for all. This is the perfect read for fans of Nancy Drew and Theodore Boone. 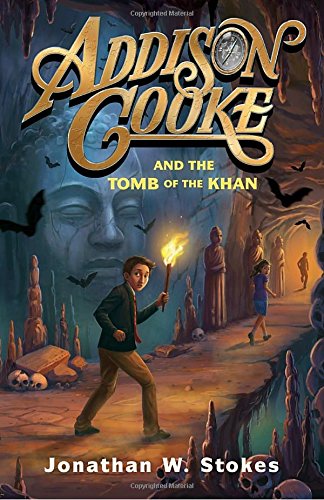 Indiana Jones and James Bond rolled into one, for the middle-grade readers. Addison Cooke's second laugh-out-loud adventure a journey through Asia in pursuit of the legendary tomb of Genghis Khan!Fresh off of a victorious treasure hunt and rescue mission in South America, Addison Cooke just can't seem to steer clear of rogue bandits, pesky booby traps, and secret treasure troves. But it sure beats sitting around in school all day.Addison's aunt and uncle, on the other hand, are none too happy about their habit of attracting kidnappers. When they become pawns in a dangerous gang's plan to steal the most prized possession of the notorious Mongolian leader Genghis Khan, Addison and his friends find themselves once again caught in the middle of a multi-million-dollar international heist. Armed with nothing but their wits and thirst for adventure, they travel across Asia in an attempt to rescue Addison's family and stop the treasure from falling into the wrong hands.Brimming with round-the-clock action and tons of laughter, Addison Cooke and the Tomb of the Khan is perfect for fans of Indiana Jones, ancient history, and James Patterson’s Treasure Hunters series.

Jonathan Stokes has written screenplays on assignment for Fox, Paramount, Universal, Warner Brothers, New Line, Sony, and Indian Paintbrush, and for actors such as Will Smith, Jeremy Renner, and Hugh Jackman.  Jonathan’s last four spec screenplays were all recognized on The Black List, an annual survey of Hollywood executives’ favorite screenplays. He is also an author with a three-book deal at Philomel Books and a four-book deal at Viking Press, both published by Penguin Random House.
Jonathan has washboard abs, incredible taste in dishware, and 96% accuracy with high-fives. For updates on his current projects, visit the press page. 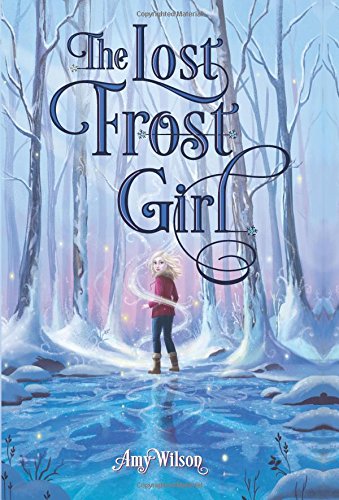 A modern-day fairy tale full of frosty magic, Amy Wilson’s stunning debut about a girl who discovers that she is Jack Frost’s daughter will enchant fans of the Emily Windsnap series and Frozen.

“As magical as frost itself, The Lost Frost Girl is a truly special tale, told with gorgeous prose and filled with compelling characters. I absolutely loved it!”  —Sarah Beth Durst, author of Journey Across the Hidden Islands
With a name like hers, Owl never expected her life to be normal, at home or at school. But when Owl finds out that she is Jack Frost’s daughter, her world shifts beyond what she could ever imagine.
Determined to meet him, Owl delves into Jack’s wonderful world of winter and magic—the kind of place she thought only existed in fairy tales. And as she notices frost patterns appearing on her skin and her tears turning to ice, Owl starts to wonder if being Jack Frost’s daughter means that she has powers of her very own.
At once breathtaking and brimming with heart, The Lost Frost Girl is a story of family, friendship, and the magic of embracing who you are meant to be. 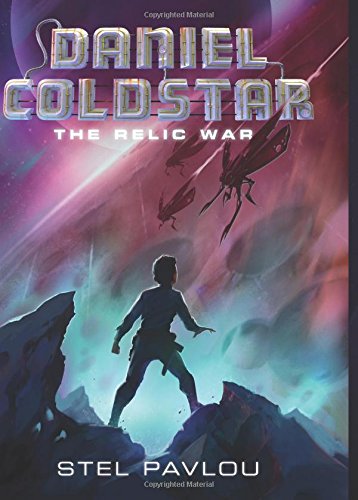 Bestselling author of Artemis Fowl Eoin Colfer says of Daniel Coldstar: The Relic War: "Sci-fi has never been so much fun. I loved it!"
Below the surface on a forgotten planet, Daniel Coldstar searches for relics from a lost civilization. Daniel has no memory of his past. All he knows is to do his job and fear the masters of the mines.
Until he unearths a relic more powerful than anything he has ever seen. A relic that might help him escape…
What follows is an epic outer space adventure filled with Truth Seekers, atoms, Leechers, and the evil Sinja who seek to control the universe.
All that stands in their way is a boy named Daniel Coldstar, whose journey will change the galaxy forever.