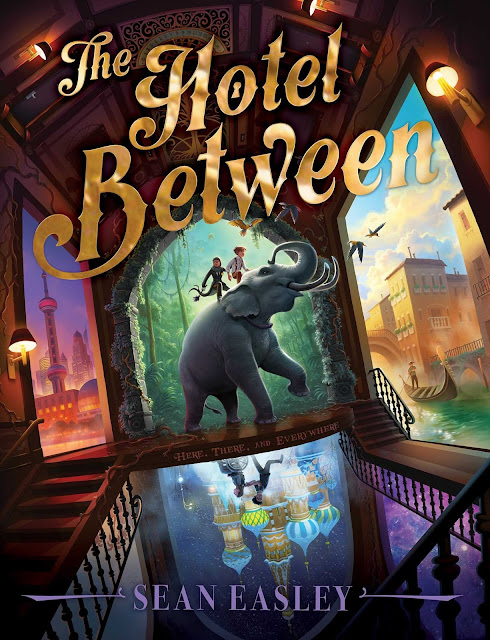 A magical hotel, a mysterious tree, and a cryptic story about their missing father leads twins Cam and Cass on a worldly adventure in this enchanting debut novel that’s perfect for fans of Escape from Mr. Lemoncello’s Library and Wildwood.

Twins Cam and Cass have never known their parents. They’ve been told their mother died, and Cass is certain their father abandoned them. Cam isn’t so sure. He wants to prove her wrong; he must.

Cam’s wish is soon granted in the form of a glistening, golden sign with elaborate flourishes that reads: The Hotel Between. With doors that open to countries all over the world, magical trollies, charmed corridors that can be altered on a whim, stone elephants that turn to life, sweets made from rocks; everything is possible in The Hotel. Cam has a hunch his father is somehow connected to this magical place, and may even be lost within its hidden halls.

Every journey has its risks, and The Hotel Between is full of dangerous secrets. If Cam’s not careful, his stay may be over before his vacation has even started. 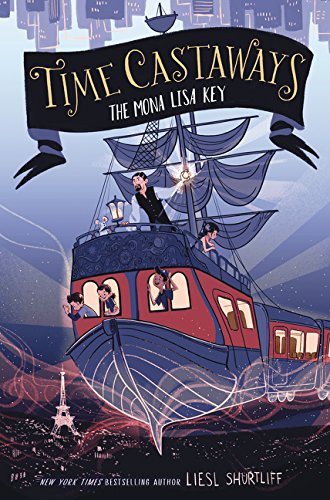 From the New York Times bestselling author of Rump comes a thrilling new middle-grade trilogy about three city kids who get on the wrong subway train and wind up on a wild, magical mystery-adventure throughout time. Imaginative, daring, and packed with fun, Time Castaways is perfect for fans of Escape from Mr. Lemoncello’s Libraryand Percy Jackson.
Mateo, Ruby, and Corey Hudson’s parents don’t have too many rules. It’s the usual stuff: Be good. Do your homework. And never ride the subway without an adult, EVER. But when the siblings wake up late for school, they have no choice but to break a rule. The Hudson siblings board the subway in Manhattan and end up on a frigate ship in Paris…in the year 1911.
As time does tell, the Hudson family has a lot of secrets. The past, present, and future are intertwined—and a time-traveling ship called the Vermillion is at the center. Racing to untangle the truth, the kids find themselves in the middle of one of the greatest art heists of all time.


And the adventure is just getting started. 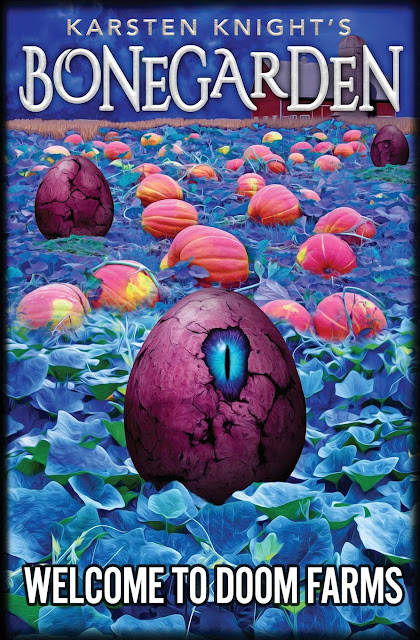 The first in a spooky new series perfect for fans of Goosebumps.
When Kayla Dunn’s family moves from the city to the country town of Orchard Falls, she has one dream: to grow pumpkins big enough to compete in the annual Jack-o’-Lantern Festival. Desperate to win—and beat her next-door nemesis—she resorts to planting unusual, glowing seeds from a mysterious shopkeeper.

Kayla should be overjoyed when her pumpkins grow faster and bigger than she ever imagined … but her first harvest is about to become a real nightmare.

Because these pumpkins are blue and veiny.

Because their vines seem to have a mind of their own.

And because something terrifying inside them is longing to hatch. 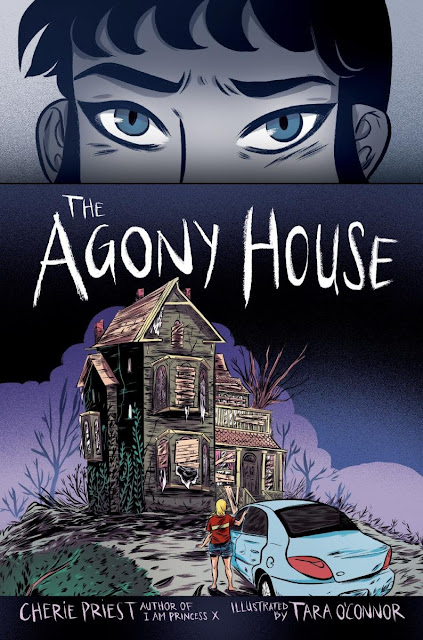 Denise Farber has just moved back to New Orleans with her mom and step-dad. They left in the wake of Hurricane Katrina and have finally returned, wagering the last of their family's money on fixing up an old, rundown house and converting it to a bed and breakfast.

Nothing seems to work around the place, which doesn't seem too weird to Denise. The unexplained noises are a little more out of the ordinary, but again, nothing too unusual. But when floors collapse, deadly objects rain down, and she hears creepy voices, it's clear to Denise that something more sinister lurks hidden here.

Answers may lie in an old comic book Denise finds concealed in the attic: the lost, final project of a famous artist who disappeared in the 1950s. Denise isn't budging from her new home, so she must unravel the mystery-on the pages and off-if she and her family are to survive...