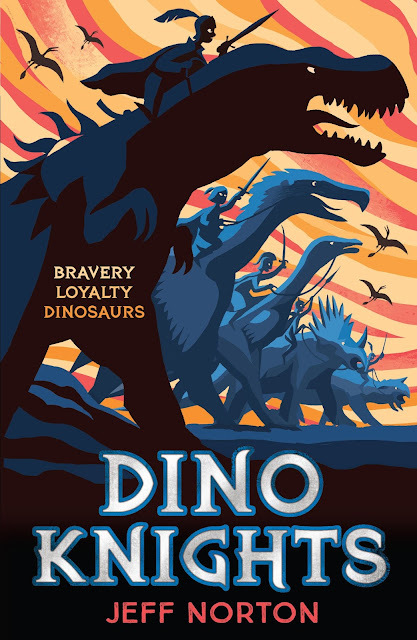 Mr. Ripley's Enchanted Books is thrilled to reveal the book cover image for Dino Knights which has been brilliantly illustrated by the very talented George Ermos. This is the first book in a brand new series to be published by Jeff Norton. It is due to be published this summer by Awesome Reads on 6th June 2019. If this sounds like your kind of book then you can pre-order it here. https://awesomereads.com/book/dino-knights/

Book synopsis: Imagine medieval times where the dinosaurs never went extinct. When dinosaur stable boy Henry Fairchild stops a vicious T-Rex from attacking his master, he is invited to join the most elite group in Brecklan, the brave Knights of Panterra, the Dino Knights. But before he can prove himself, the enemies of Brecklan attack with a flock of pterodactyls and kidnap Lord Harding. Whether he's ready or not, Henry and the Dino Knights mount a daring rescue mission...but nothing is what it seems. 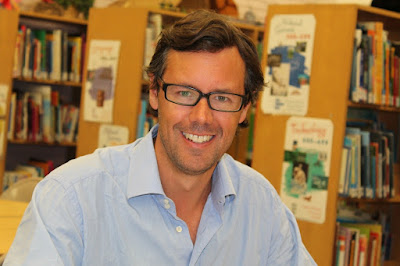 Jeff Norton is a London based author focused on creating compelling characters, awesome stories, and immersive worlds. A reluctant reader as an adolescent, Jeff's newest book is 'Alienated: Grounded At Groom Lake', is the fun, funny misadventures of the only two human kids at the high school for aliens at Area 51.
Jeff's first novel is 'MetaWars: Fight For The Future' (Orchard Books), which he created to feel like "a video game you can read" and has spurred three successful sequels. He then wrote the laugh out loud 'Memoirs of a Neurotic Zombie' books (Faber) and the young adult thriller 'Keeping The Beat', written together with Marie Powell (KCP Loft / Hachette).'Stomp School' (Little Tiger Press) is Jeff's first picture book. It's about the day care for little kaiju (that's Japanese for destructive monster). Originally from Canada, Jeff has lived in Ohio, Boston, and Los Angeles now lives in London with his wife and two young sons where he writes, produces TV, and coaches baseball.

Jeff is on the web at www.jeffnorton.com and tweets as @thejeffnorton