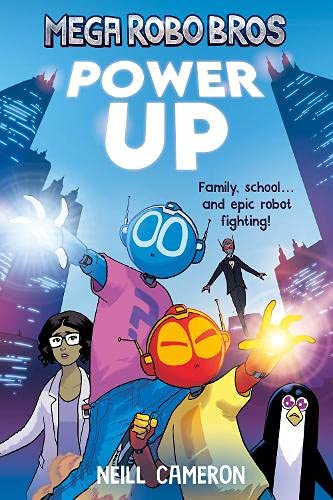 Sparkling summer entertainment for all the family by Neill Cameron.  MEGA ROBO BROS - Power UP

In the first instalment, we have a winning mix of Family drama, SUPERPOWERS and Flying tube trains and MEGA amounts of thrilling ACTION, in epic graphic novel form! Published by David Fickling Books on the 5th August 2021, Paperback RRp £12.99.

This amazing book republishes MEGA ROBO BROS, fully remastered and adapted into a new chunky format, with lots of extra bonus content! BROTHERS. ROBOTS. SUPERHEROES. ALEX AND FREDDY are two normal bickering brothers - who also happen to be SUPER-POWERED ROBOTS! They're off on school trips, going to the theme park, and annoying each other in the playground. But when ROBOT ATTACKS take place over London, it's time for the boys to step up! Will they be able to foil the plans of the EVIL ROBOT 23? 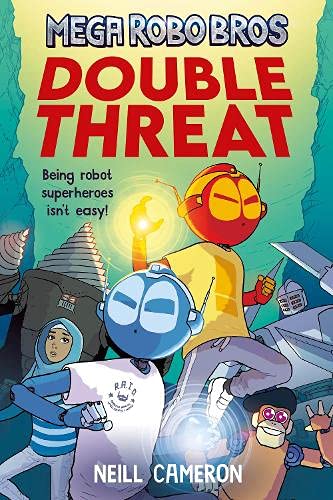 This awesome book republishes MEGA ROBO RUMBLE, fully remastered and adapted into a new chunky format, with lots of extra bonus content! BROTHERS. ROBOTS. SUPERHEROES. ALEX AND FREDDY are super-powered robots, juggling school with saving the day. But being robot SUPERHEROES isn't easy, especially when there's a new enemy in town. Team Robotix, GENIUS INVENTORS, are determined to take down the Mega Robo Bros with one of their TERRIFYING giant robots! Will the boys be able to stop them?