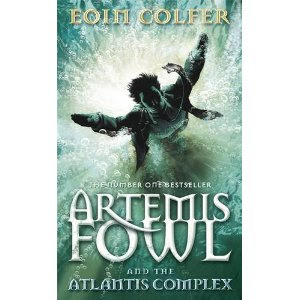 Eoin Colfer - Artemis and the Atlantis Complex - Published by Puffin - 20 July 2010
ARTEMIS FOWL’S CRIMINAL WAYS HAVE FINALLY GOT THE BETTER OF HIM . . . Young Artemis has frequently used high-tech fairy magic to mastermind the most devious criminal activity of the new century. Now, at a conference in Iceland, Artemis has gathered the fairies to present his latest idea to save the world from global warming. But Artemis is behaving strangely – he seems different. Something terrible has happened to him . . . Artemis Fowl has become nice. The fairies diagnose Atlantis Complex – that’s obsessive compulsive disorder to you and me – dabbling in magic has damaged his mind. Fairy ally Captain Holly Short doesn’t know what to do. Because the subterranean volcanoes are under attack from vicious robots and Artemis cannot fight them. Can Holly get the real Artemis back before the robot probes destroy every human and life form. 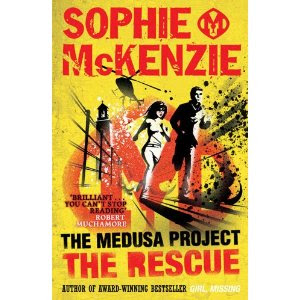 Sophie Mckenzie - The Rescue ( The Medusa Project) - Published by Simon & Schuster - 8 July 2010
Fourteen years ago, four babies were implanted with the Medusa gene - a gene for psychic abilities. Now teenagers, Nico, Ketty, Ed and Dylan have been brought together by government agents to create a secret crime-fighting force: The Medusa Project. Since their existence became known to members of the criminal underworld, they have been hidden away in a secluded training camp in Spain, where their identities are being kept secret. Life in camp is hard enough, but then things take a turn for the worse. Ed is blackmailed into using his mind-reading powers - and in doing so he threatens to endanger the whole Medusa Project... 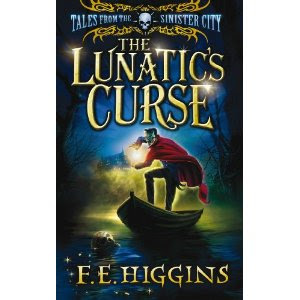 
Deep within the heart of the Moiraean Mountains lies the town of Opum Oppidulum - home to the freezing Lake Beluarum and it's rumoured monster. An inescapable asylum stands in the centre of the lake, enclosed by the sheer cliffs of Drop Rock island. When Ambrose Grammaticus, famous inventor and master engineer, viciously attacks his own son, Rex, he is hauled to the island and imprisoned. Rex knows his evil stepmother, Acantha, is behind his father's 'madness', but how can he prove it? Only the asylum holds the answers . . .
A savage story of treachery, lunacy, greed, revenge and pure unadulterated wickedness. 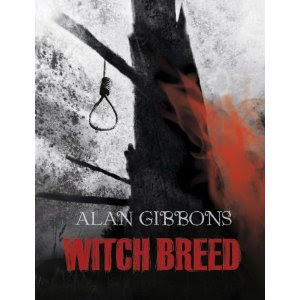 Alan Gibbons - Hell's Underground 4:Witch Breed - Published by Orion Children's - 1 July 2010
When Paul arrives in 17th century London, he expects to be thrown into a life or death struggle for the three gates that imprison the ancient King Lud. But the battle doesn't come. Instead, Paul roams alone, learning how to survive in a city where all the talk is of the savage civil war that rages beyond its ramparts. Somewhere underground, Lud is waiting in his crypt, preparing to rise again. War, fear and want are his tools. But Paul too has his own weapons and is gaining strength and losing inhibitions about using it. Meanwhile, beyond the city, innocent women are being killed for it is so easy to claim that they are witches. One woman - whether innocent or guilty - possesses the only power available that can help Paul in his quest. 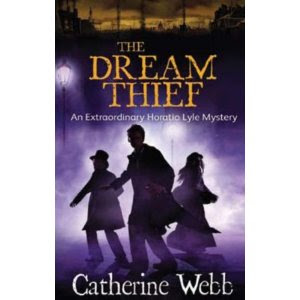 Catherine Webb - The Dream Thief:V4 (Horatio Lyle) - Published by ATOM - 1 July 2010
London, 1865, and young Theresa Hatch (Tess, to her friends) receives a nast surprise late at night. When Horatio finds a young girl on his doorstep, passed out, dying - apparently poisoned - he's appalled. Investigations lead to Tess's old workhouse, but a surprise visit to that sorry establishment yields more questions than answers. Only one thing is clear: something very, very bad is happening to the children in the East End. There's a mystery to be solved, sending Lyle, Thomas, Tate and - naturally - Tess out into the wilds of east London and a certain former thief's old stamping grounds. What they find is terrifying: Tess's old crowd of artful dodgers and ace pickpockets are now wandering the streets like zombies, drooling in the workhouses or plain mad in the asylum. And it isn't just affecting Tess' old crowd; children all over the area are turning up with their memories in tatters and their minds all but gone. The only clue is a name, half-whispered in fear: Old Greybags. 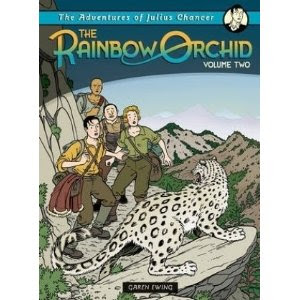 Garren Ewing - The Rainbow Orchid: Adventures Julius Chancer V.2 - Egmont Books - 5 July 2010
In Volume Two, the heroic Julius Chancer journeys from Europe to the Indian sub-continent as he steps up his quest for the rainbow orchid. He soon discovers that he's not the only one seeking the mystical flower: he has enemies more dangerous than he could ever have imagined. "The Rainbow Orchid" is an ambitious blend of classic storytelling, and cinematic artwork, in which adventure, historical drama and legend are seamlessly intertwined.
By Mr Ripley's Enchanted Books on June 23, 2010