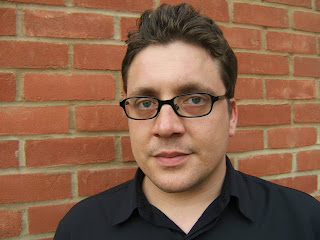 Before I started making up stories for a living I made video games.  I do accept that at some point in my life I may actually have to get a proper job but, to be honest, I'm hoping to put that moment off for as long as humanly possible.  I don't make games any more but, I still play them.  All of them.  Well, not quite all of them perhaps but, still, quite a few of them. One of the consequences of my old job is that as soon as people find out what I used to do for a living they always ask me one thing.
Would you like HIVE to be made into a video game?
The short answer is yes but, with a few reservations.  Firstly, I pity the poor development team who end up with me hovering over them saying “oooh, wouldn't it be cool if....”  It would be almost impossible for me to step back and let them just get on with their jobs, especially considering the years I've already spent in the game development trenches.  The other problem would be telling a story.  Don't get me wrong, there are games that tell amazing stories but, I don't necessarily think that would be so easy for HIVE.  Would there perhaps be too many restrictions placed on the story by the plots of the existing books?  When in the timeline of events does the game take place?  Do the books have to then reflect the events of the game?  It all gets very complicated for a game developer when you're dealing with any pre-established world but, there are ways around those problems.
Personally, I'd much prefer a sandbox type of game where you play as a pupil of HIVE just trying to survive life at the school and eventually graduate as a fully qualified villain.  Anyone who's played a game that Rockstar released a couple of years ago called Bully will have a pretty good idea what I'm talking about.  I'm not sure I'd want to play as Otto or one of the established characters from the books, I think I'd rather create my own HIVE student and maybe interact with the existing characters in a peripheral way instead.  I certainly think it would make for a more interesting game.
The truth is that these days it is almost unheard of for a book to be made into a video game unless it's also being made into a film and then the game will usually just follow the plot of the movie.  Unfortunately the vast majority of movie based games also fall into the “not very good” category, usually because their development is rushed to coincide with the release of the film.
What I think is far more interesting, and this is already happening, is the idea of books based on video games.  You only have to look at the amazing worlds being dreamed up by development teams like Valve, Irrational, Blizzard or Bungie to see the potential for gripping stories set within them.  Still, there are some people who argue, incorrectly in my opinion, that video games are somehow stopping people from reading.  I think the fact of the matter is that reading a book and playing a video game are wildly different experiences and that one will never replace the other and that's exactly the way it should be.