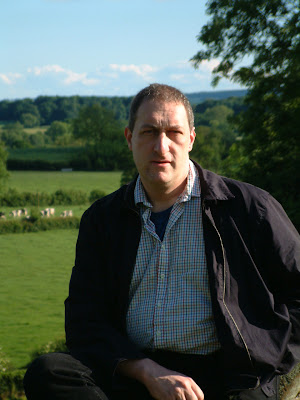 (Picture by Helen Stirling)
MCB Associate Publishing Director, Polly Nolan, has bought world rights in a new three-book series by Andrew Lane, author of the hugely popular Young Sherlock Holmes series. Rights were acquired from Robert Kirby at United Agents.
Entitled Lost Worlds, Macmillan Children’s Books will publish one novel a year from May 2013 in ebook and paperback original, the paperback retailing at £5.99.  The launch will be backed by a major marketing and publicity campaign.
The Lost Worlds novels will feature fifteen-year-old Calum Challenger, a genius on a mission to track down creatures considered so rare that most people don’t believe they exist. Calum is doing it for two reasons – to take their DNA and use that to help protect these species, but also to search for a cure for his paralysis. From his state-of-the-art bedroom in London he commands a group of fearless misfit friends – a computer hacker, a free runner, an ex-marine and a pathological liar – in a race around the globe against those who want to wipe out these endangered creatures.
Andrew Lane comments:
‘I'm more than overjoyed to be working on this exciting new series with the highly talented editorial, marketing and publicity teams at Macmillan. I've had an amazing time working with them on Young Sherlock Holmes, and Lost Worlds will bring the same sense of intelligent adventure and excitement to a modern-day setting.
‘That doesn't mean I'm going to stop writing Young Sherlock Holmes. The series gets more popular every day, and I've got plenty of ideas up my sleeve that will keep both series bubbling merrily along!’
Belinda Rasmussen, Publisher, Macmillan Children's Books, adds:
‘We are delighted to be working with Andrew Lane on a new series to sit alongside the Young Sherlock Holmes series. Lost Worlds has a captivating cast of characters and a pacy, narrative style combined with nail-biting adventure and thrilling plot twists. As with Young Sherlock Holmes, all these elements make a truly addictive read.’
Andrew Lane is an author, journalist and lifelong Sherlock Holmes fan. Macmillan Children’s Books publishes his bestselling Young Sherlock Holmes series, with a fifth novel, Snake Bite, due to be launched in October 2012.
Andrew's passion for the original novels of Sir Arthur Conan Doyle and his determination to create an authentic teenage Sherlock Holmes made him the perfect choice to work with the Conan Doyle Estate to reinvent the world’s most famous detective in this new series.
He lives in Hampshire with his wife and son.
Email Post
Labels: Andrew Lane Macmillan New Book Deal Press Release