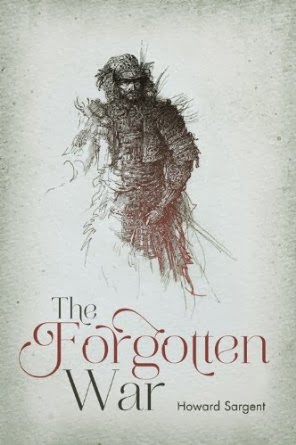 I am writing this book review with a beaming smile on my face because when I agreed to review this book for the publisher, I only initially read the book synopsis. I felt that this sounded particularly good and I was really happy to agree to the review. However what I did not realise at the time was the gigantic size of the book. It must have cost a king's ransom to post it out to me. I jest you not, this book must weigh a tome and a half with more than a thousand pages making up the story. I'm sure that I have seen smaller telephone directories - I'm beginning to wonder how long this might take me to read from beginning to end! We'll soon see though as I have started it today. I may see you at some point next month, dear reader....

READING DAY ONE: On closer inspection, I have just noticed that this book actually encompasses three books. There is also an epilogue and three appendix at the end for good measure. The first book is entitled Autumn and is where my reading adventure starts. Having been introduced to key characters such as The Baron and Reynard, my favourite character, so far, is Morgan 'The Protector'.

Day One: (Page 1 -100 ) The book has started with three plot lines so far and a massive number of characters who navigate each strand of the story. A vast array of details and settings are also thrown into the story. The language is challenging and very detailed, perhaps creating a slightly slower reading pace but this is really necessary to give the reader a sense of the story ahead. This only adds to the the enjoyment of the experience.

Day Two: (Page 100 - 200 ) A fourth plot line has just been introduced. I've got my full fantasy mind into gear. The story is flowing easily and building up very well to the many mysteries that lay ahead.

Book Synopsis: For ten years the people of eastern Tanaren have known nothing but war, a war to which there seems to be no end in sight. Now, however, things may be about to change. Pitched into the heart of the conflict are four people: Morgan, a veteran warrior charged with an important mission; Cheris, a gifted but wayward sorceress called from her exile on a remote island; Ceriana Hartfield, a noblewoman whose marriage is pre-empted by a chance discovery on a beach; and Cygan, a man from the desolate marshes seeking aid against a merciless foe. Between them, could they hold the key to ending this deadly conflict? But at what cost?

Day Three: (Page 200-300) - This book is coming together like a cauldron full of magic; it's all binding together like a witches spell..... The ingredients are rapidly coming to boil as we plough further into the story. The action has intensified and a shock death in one of the many plots has slightly shocked me. As I progress further into the story it now feels like a well worn shoe. I love the complex structure of the story, it is very clever and must have taken some time to map out.

Day Four: (Page 300-433) I am now getting to see the other side of the enemy for the first time. They story is opening up with many more elements to understand and get your head around. I am loving it more and more by the minute. With brutal battles, bitter humour and some tough gripping storylines, the author has not just written a story, he has built a world around many stories. His great imaginative writing leaves the reader lapping up the words. All of these elements have been outstandingly achieved within his first ever book.

Day Five: (Page 433-562) END OF BOOK ONE: I have now arrived at the final section of book one. I have travelled along a bleak path of rape and death as well as dark graphic encounters which are not for the feint of heart. The action is starting to coalesce into a maelstrom of action which would sit equally as well within the best fantasy classics.

This book is beginning to feel like an old friend. I am happy and comfortable to venture along many of the paths that the story has to offer. I have bonded with most of the characters that I have been introduced to and I am desperately hoping that their future's remain safe within the next book, Winter.

I have received a great guest post from the author. If you would like to read it, then check it out here.
http://www.mrripleysenchantedbooks.com/2014/02/guest-post-howard-sargent-forgotten-war.html

New Day (Page 562 - 700) Book Two: The story is now rolling down a path that holds an uncertain future for the characters. The action has slowed down - it is allowing me to briefly get my breath back. However the characters are leaping about from one plot line into another. The vivid description and imagery is spellbinding. I think that I have developed muscles in my mind as well as in my biceps - this fantasy workout is building up my reading stamina. In my opinion, this is a spectacular work that has been produced by a debut author. To read it, is to believe it. This is your chance to finally buy a copy as it is officially out today. So go on and get yourself a copy - you won't be disappointed if you love this genre. http://www.bookdepository.co.uk/Forgotten-War-Howard-Sargent/9781846249792

Next day (pages: 700 - 958) I am still making my way through this epic fantasy. The action has intensified ten fold, it's bursting with fantastical moments that delight me as a reader. The more I read, the more I think back to the first time when I read a J.R.R Tolkien book. To me, this story is actually as good as that.  I can only hope that you give this book a chance to be read and that you're not put off by the size as every page is worth reading.
I have now entered book three, Spring, and only have another 100 or so pages left to read.  This might be the biggest book that I have read, ever! OUT NOW..........

This is the last update: I have now travelled through the many pages of this epic saga. I have followed the highs and lows that the characters have faced - the battles, friendships, betrayal, love and loss. Many characters have been killed in unimaginable ways.

Every page, every word has been a joy to read and, believe you me, there has been a lot of them to read. This book has been a five star experience - the best entertainment that I have had in the fantasy world of the imaginable. I would go on to say that it's one of the best adult fantasy books that I have read in a very long time. This is very accomplished writing for a debut author.

There was a glimmer at the end of the book that might suggest more to come. Although, I was under the impression that this might be the author's only work in the offering. I hope that this book sails through bookstores to reach many readers' hands and gain rapid success that will encourage Howard to write more adventures for fans alike.

I will be adding updates to my reading journey over the next few weeks, as this may take some time. Especially as I also need to read other books as well...

The Author Story: Howard Sargent, born in Cardiff in 1965 has had his debut novel published almost by accident. Having given up full time work to care for his wife, who has a long term illness he was challenged by his sister to write something for her in his free time. So informal was the arrangement that the first 30-40,000 words were written in notepad as word had not been loaded on to his computer. Eventually serialised in fourteen parts and written between July 2011 and March 2012 (with one subsequent rewrite)it was then disregarded until other family members pushed for its publication in January 2013. "The Forgotten War", a substantial tome just shy of 504,000 words is the result. Hopefully you will enjoy it.
Posted by Mr Ripley's Enchanted Books on February 05, 2014

This is so intriguing, I really can't wait to get my hands on this book. Not long to go now!

Pre-ordered on Amazon, waiting to read it with abated breath