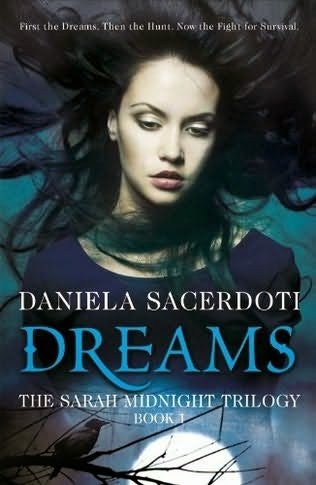 Seventeen year‐old Sarah Midnight has never had a normal life. To the outside world, she is a typical teenager but, inside, Sarah and her family hold an unimaginable secret. Her parents are demon hunters, part of a web of Secret Families who have sworn to protect the world. But when they mysteriously die, Sarah realizes that this fight is bigger than she ever anticipated.

Unprepared for the task ahead, she now finds herself thrust into a world of incredible danger, full of things she never even knew existed: including her enigmatic long‐ lost cousin who, out of the blue, turns up on her doorstep when she most needs him. He claims to be there to help and protect her, but how will she know who to trust in this new perilous life of hers? And how is she supposed to stay alive long enough to follow her parents’ quest when they have left her totally clueless?
Sarah has to learn, and learn fast – the demons are all around her and death waits for no one. 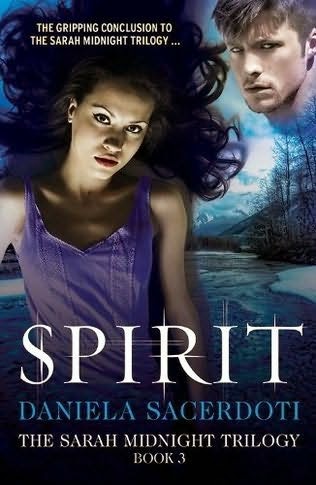 Spirit – Extract Reveal
Sarah blinked over and over. There was a strange taste in her mouth – soil, she realized, and brought her arm to her mouth, cleaning her lips. The darkening sky came into focus, and then so did Sean’s face. Sean. He was there. He was alive.
“Was it a vision?” he asked, helping her sit up. She saw that the others were standing in a circle around her, facing out, watching for danger. She nodded.
“Yes. It just came over me…”
“Can you tell me what you saw?”
“All of us were standing on a beach somewhere. On the waterline. Three waves came, and with each wave more of us were gone. Until everyone was dead. Except me.”
Sean frowned. He couldn’t say what he thought that if that was going to be the end result – they’d all die and Sarah survived – he was too relieved that Sarah would be alive to entirely mourn the loss of his own life, and the others’.
He held her hands and helped her stand. “Can you walk?”
“Yes. I’m okay,” she said. But she wasn’t.
In the dream everyone had died except for her. Another sign that she had to be kept alive. Why? What did they want from her? And who were  “they”? Nicholas? The King of Shadows? Both? Something else?
Elodie stepped beside Sarah and Sean. “In the book Harry gave me,” she began, “one of the tales talked about two children on a quest to free their parents’ souls from a witch. In order to free them, the children had to face three waves of evil. I read that book twice, but there were so many other stories… I can’t remember exactly what the waves were. And then there was this spirit who held a mirror to the children’s faces and made them see horrible things.”
Sarah gazed at her. Those black, black eyes, in place of Elodie’s warm chocolate ones, unnerved her. “What happened to the children?”
“They died. Their souls turned into flowers. Bluebells.”
“Great,” said Niall. “It’s a good sign, for sure.”
As soon as the others were out of earshot, Sarah took Sean’s arm.  “Sean. In the dream, only I survived. They have a plan for me. That’s why I’m not dead yet.”
Sean felt cold. He wished he could dismiss Sarah’s fears, but he couldn’t. “Do you think Nicholas is betraying us? That he still wants you as his wife?”
“I don’t know. But I want you to promise something.”
“What is it?”
“If this is still what he’s planning… don’t let him drag my soul away. Kill me before he can take me.”
Sean took hold of her wrist, gently. “I won’t let him take you,” he whispered in her ear. When he looked up once more, his eyes met Elodie’s. She turned around and was looking at Sarah with those new, obsidian eyes. Looking straight at her with an expression neither of them could decipher.
They walked on for another while, the freezing air cutting their skin. All of a sudden dazzling light flooded their eyes – there were no more trees. They stepped into a clearing, the white, frozen sky hanging heavy over them, high grass swaying in the wind. A circle of grey stones – double Sarah’s height – rose from the grass, and three enormous boulders stood in the middle. They were roughly sculpted to resemble crouching figures. Two were beasts, one that looked like a monkey, one a kind of lizard, and another was an etched human being with a small body and an enormous face. They were like statues in a long-abandoned temple, moss half covering them, the elements having rounded their corners and smoothed the carvings.
Sarah looked around her. She knew that place. It was her place of dreams, the one she’d gone to in nearly every vision since her parents had been killed. She remembered the first time she’d been there, how she’d been trapped under those stones, and then crawled out to stand under the twilight sky, the wind on her face, every colour heightened, vivid, the way it was in the Shadow World. She recalled the demon attack, and then Nicholas, the pale, black-haired boy she used to call Leaf because he gifted her autumn leaves, saving her life.
Everything was meant to bring me here, Sarah realised suddenly. Since it all started, this was ultimately where she was supposed to be – in the Shadow World. She stared into the white sky, the lilac light of dusk spreading from the west, and then around her at the swaying grass, the visions that had taken place there going through her mind one by one.
“Sean…” she called. Sean came to stand beside her, gazing at her profile as she kept looking around her, astonished and still somehow accepting, as if some part of her had always known. “This is my place of dreams,” she whispered.
“The place you see in your visions? Are you sure?”
Sarah nodded. “I am sure.”
At that moment, a deafening noise exploded in their ears, and blue light swallowed them. Lightening had struck right in the clearing, and then another, and another, hitting the three boulders and disappearing into the ground.
“The King of Shadows is here,” Sarah said, and everyone stood still.
“Is that right, Nicholas? Is this the place?” asked Sean.
Nicholas nodded and remained silent, his chin slightly raised as if listening for something. At that moment a long, deep, growling filled the air, and it wasn’t thunder – it came from the ground beneath them. The earth shook, the boulders trembled as they all lost their footing and fell in the long grass.


Nicholas called to his father. She’s here. I brought her to you.