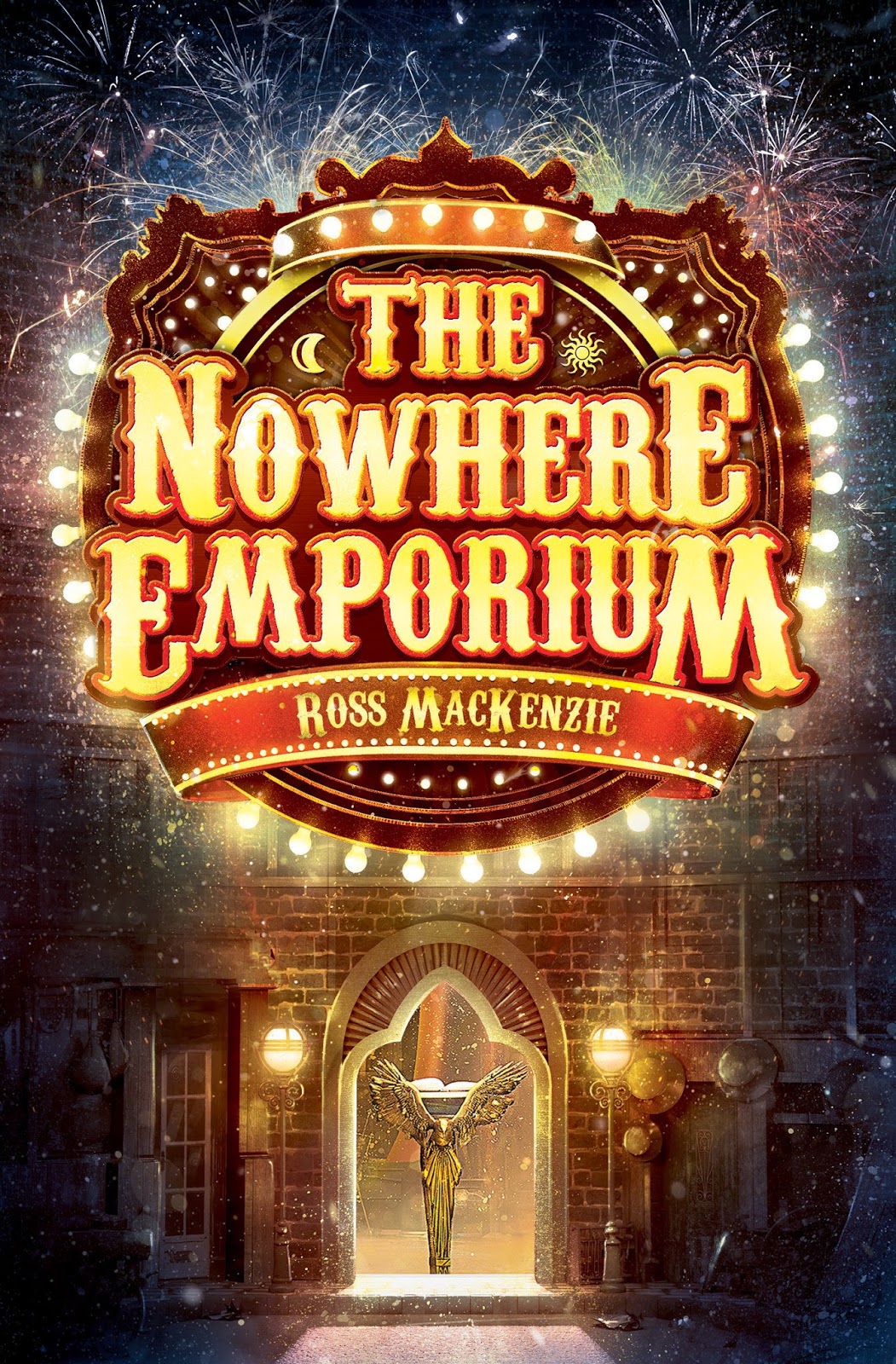 It's always exciting and a privilege to be able show off a book cover or a chapter sample of a book for the first time. In this case it is an absolute corker with an eye catching book cover and an explosively imaginative storyline. Unfortunately, Floris Books will not be publishing this book until March 2015. I'm really SORRY to be teasing you now with this book cover image and chapter preview, but I hope you enjoy the quick look into what is still to come and perhaps put it on your wish list for next year. Thank you Kelpies for asking me to share this with everybody - it really is an honour.

Chapter 6: A bargain with Lucien Silver

“I am offering you the chance of a lifetime, my boy – the chance of a hundred lifetimes. Come with me. Learn about the Emporium. Prove that I was right to interfere. See the world in a way nobody else can. What do you say?”

Daniel said nothing. He stared out of the Emporium’s windows. Glasgow was hidden beneath a veil of thick swirling fog.

“You need persuasion,” said Mr Silver. “Seeing is believing, or so they say.”

He strode towards the shop door, reaching for an elaborate metal instrument on the wall. To Daniel, it looked like a complicated cross between a clock and a compass. There were many dials, and rings of numbers set within smaller rings. Mr Silver began to manipulate the hands of the instrument. When he was satisfied, he spun and headed for the fire, scooping a handful of coal from a bucket on the floor. He tossed the coal into the fire. There was a great roar, and the flames became so bright Daniel shielded his eyes. For the briefest moment, the flames burned a deep red, and the fire exploded, sending a plume of soot billowing into the store.

As Daniel coughed the soot from his lungs, a bar of bright sunlight began to burn through the smoke. When the soot had settled, Mr Silver stood by the door of the Emporium and opened it with a flourish.

“See for yourself,” he said.

Daniel stepped to the doorway and felt a warm breeze on his face. He had been expecting, of course, to look out onto a Glasgow street; to see shoppers bustling past, weighed down with bags.

But that is not what he saw.

He inched out of the door, onto a wide walkway. The air was warm, the sky awash with deep reds and purples. Beyond the walkway, where a road should surely have been, there was a canal lined with tall narrow buildings, all columns and spires and colourful shutters.

“What happened to Glasgow?” Daniel said, inching back into the Emporium as a passing old woman, laden with a heavy basket, stopped and peered suspiciously at him.

Mr Silver shut the door and made sure the sign in the window read CLOSED.

“We left,” he said, as though this was the most regular occurrence in the world. “That’s Venice. We’re in Venice now.” He glanced at the instrument on the wall. “The year is 1854. July, I believe.”

Daniel craned his neck to get a better view from the window. He wiped the glass, which was foggy from his breath. He tried to find some words.

“Yet here we are,” said Mr Silver.

“It’s magic, isn’t it? It has to be! How else can we have just come from a caravan in a meadow that’s inside a room? There’s no other way for all of this to be real, to be happening.”

“And you want me to come with you? All around the world?”

“The catch, Daniel Holmes, is that you will work to earn your place here. What I am offering is not a holiday. It is an opportunity. A challenge. You must show me I was correct to bring you here, that you are, as I suspect, special. If you succeed in that, then the Emporium will become your home.”

“And what happens if I don’t come up to scratch?” said Daniel. “You sack me? Leave me somewhere halfway round the world a hundred years before I was born?”

“I will do no such thing,” said Mr Silver. “If you do not belong in the Emporium, you will simply be returned to your own time. Your old life.” He offered a hand. “So, do we have a bargain?”

Daniel organised the facts in his mind: he was an orphan leading a miserable life; he didn’t have any friends; a gang of bullies had made it their mission to ensure his life was as uncomfortable as possible; he was lost.

And now he’d been invited to escape all of that and travel through time in a magical shop, with a man he suspected was either a genius or a lunatic – or maybe both. He had the opportunity to be someone else, even if it was just for a while. And if he was someone else, maybe he wouldn’t feel so alone. 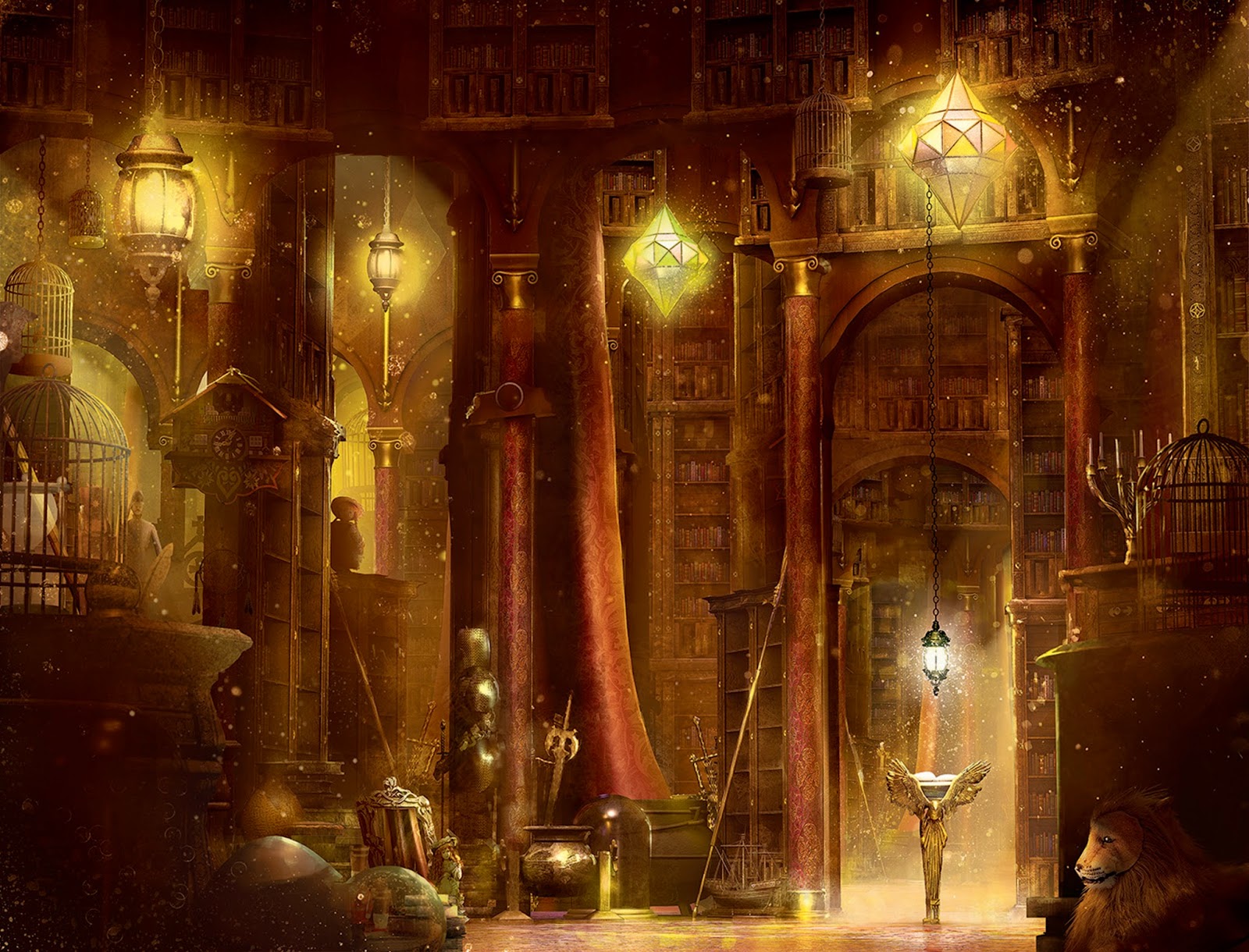