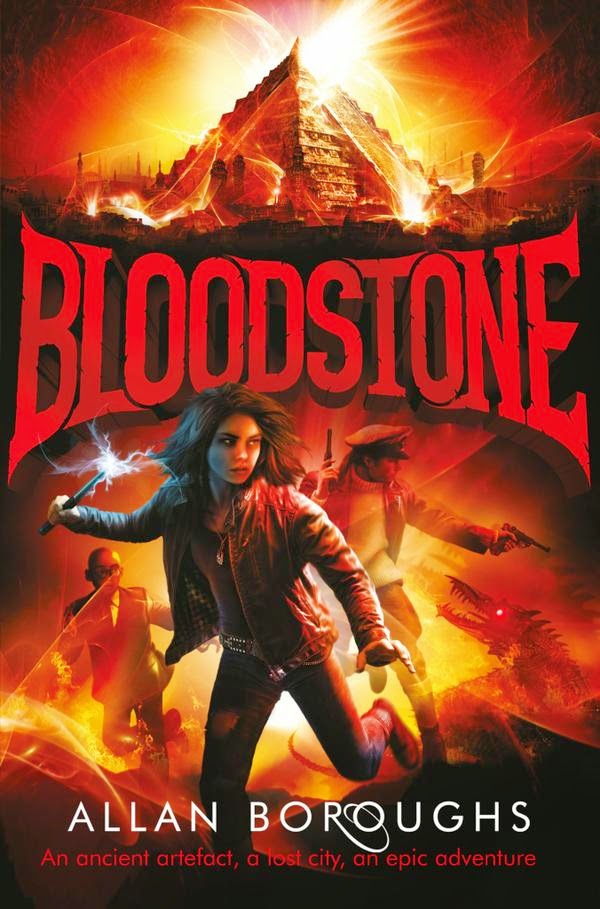 Here is the cracking new book cover for Allan's second book in the Ironheart series called Bloodstone. It is hot off the press as it is not due to be published until January 2015. This amazing book cover is the work of Jeremy Reston and is absolutely stunning. What do you think?
'What is a myth but a truth retold many times over? Atlantis is real!'
Apprenticed to notorious tech-hunter Verity Brown, India Bentley has spent the last year travelling the globe, finding and selling long-lost technology and doing her best to stay out of trouble. Unfortunately, trouble has a habit of finding her.
Accused of an assassination attempt and thrown in jail, India is rescued by scientist-adventurer Professor Moon: a man obsessed with finding theBloodstone; key to a source of unlimited energy hidden in the lost city of Atlantis. Now Moon wants India and Verity to join his quest.
Pursued by gangsters, lumbered with a stowaway and haunted by the ghosts of her past, India must risk everything to uncover Atlantis's secrets. But the truth comes at a price.
INDIA MUST MAKE THE ULTIMATE CHOICE. THE FATE OF HUMANITY IS IN HER HANDS.
A brand new thrilling adventure-quest in Allan Boroughs' Legend of Ironheart series.