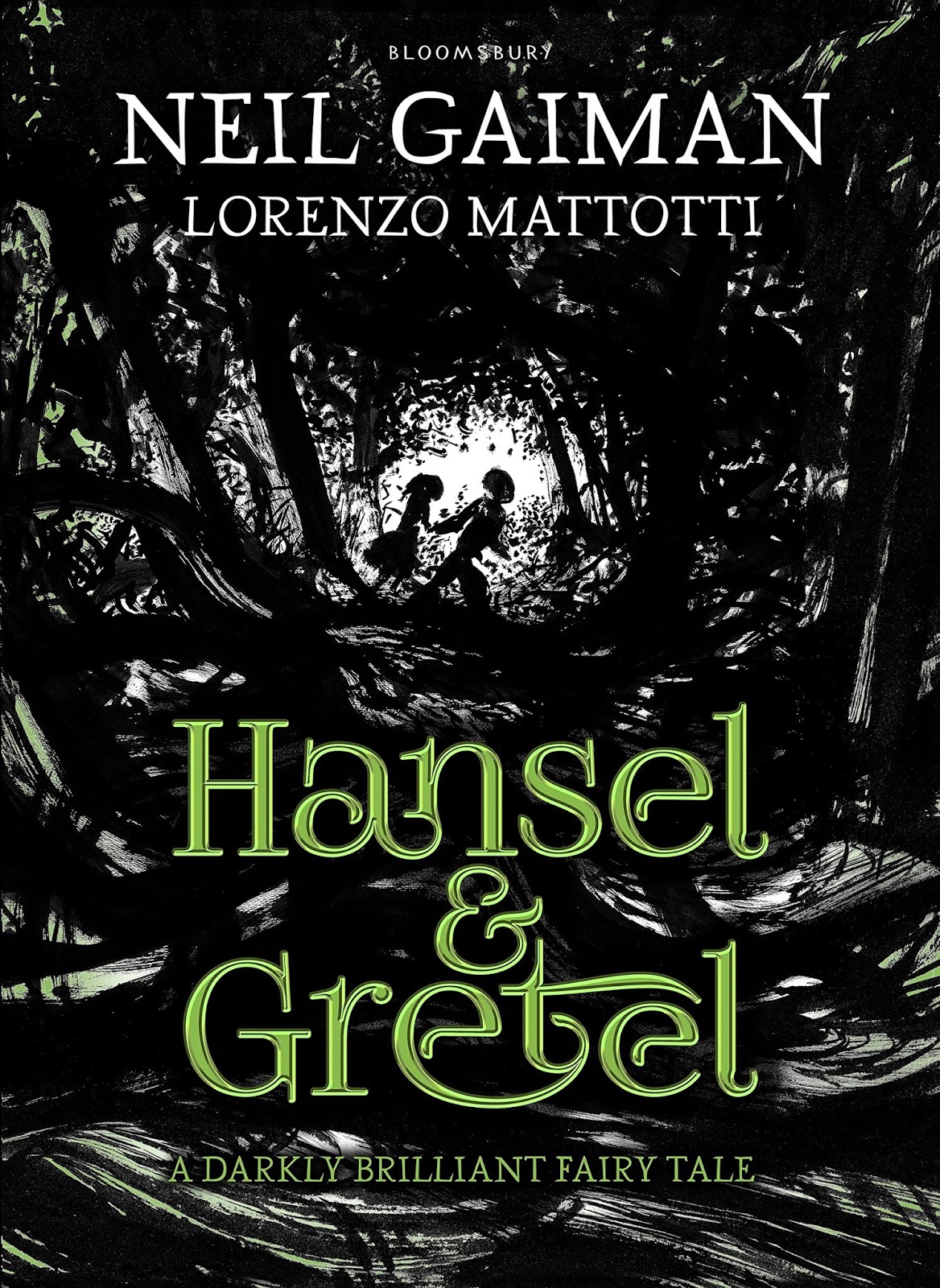 Neil Gaiman & Lorenzo Mattotti - Hansel and Gretel - Published by Bloomsbury Children's (11 Dec 2014)
The enduring story of the children, the breadcrumb trail and the gingerbread house is brought to life by master storyteller, Neil Gaiman. Who better to retell the Brothers Grimm's greatest, and perhaps darkest, fairy tale, Hansel and Gretel? Coupled with breathtakingly haunting illustrations from Lorenzo Mattotti, you will be enticed into the world and into the woods . . . so beware. 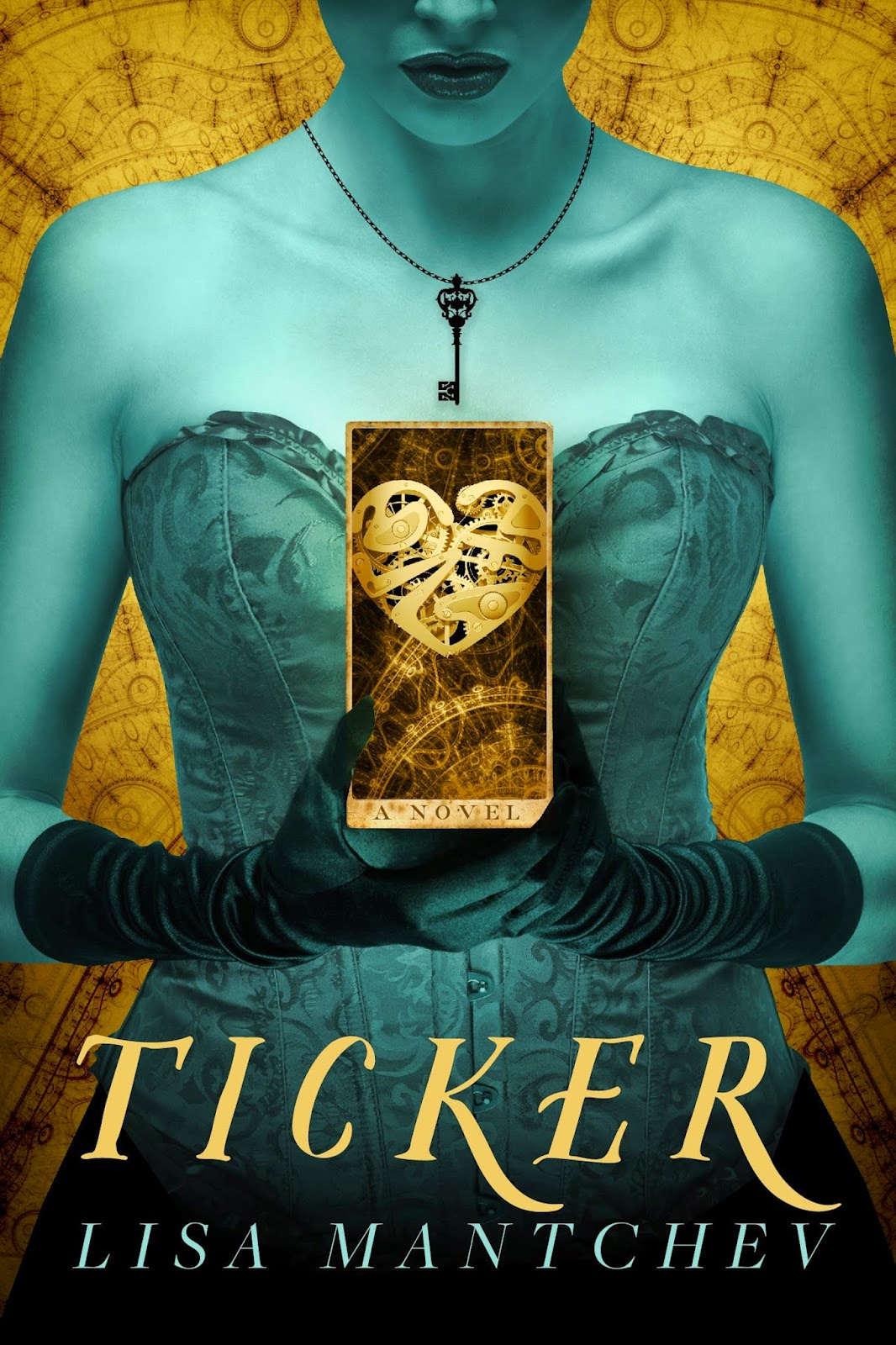 Lisa Mantchev - Ticker - Published by Skyscape (1 Dec 2014)
A girl with a clockwork heart must make every second count.

When Penny Farthing nearly dies, brilliant surgeon Calvin Warwick manages to implant a brass “Ticker” in her chest, transforming her into the first of the Augmented. But soon it’s discovered that Warwick killed dozens of people as he strove to perfect another improved Ticker for Penny, and he’s put on trial for mass murder.
On the last day of Warwick’s trial, the Farthings’ factory is bombed, Penny’s parents disappear, and Penny and her brother, Nic, receive a ransom note demanding all of their Augmentation research if they want to see their parents again. Is someone trying to destroy the Farthings...or is the motive more sinister?
Desperate to reunite their family and rescue their research, Penny and her brother recruit fiery baker Violet Nesselrode, gentleman-about-town Sebastian Stirling, and Marcus Kingsley, a young army general who has his own reasons for wanting to lift the veil between this world and the next. Wagers are placed, friends are lost, romance stages an ambush, and time is running out for the girl with the clockwork heart. 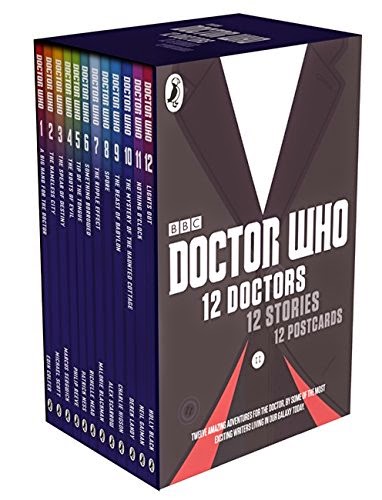 A gorgeous twelve-book slipcase edition of twelve amazing adventures about the twelve Doctors written by twelve of the most exciting authors living in our galaxy today. This edition also comes with twelve exclusive postcards. A must-have gift edition for all Whovians! 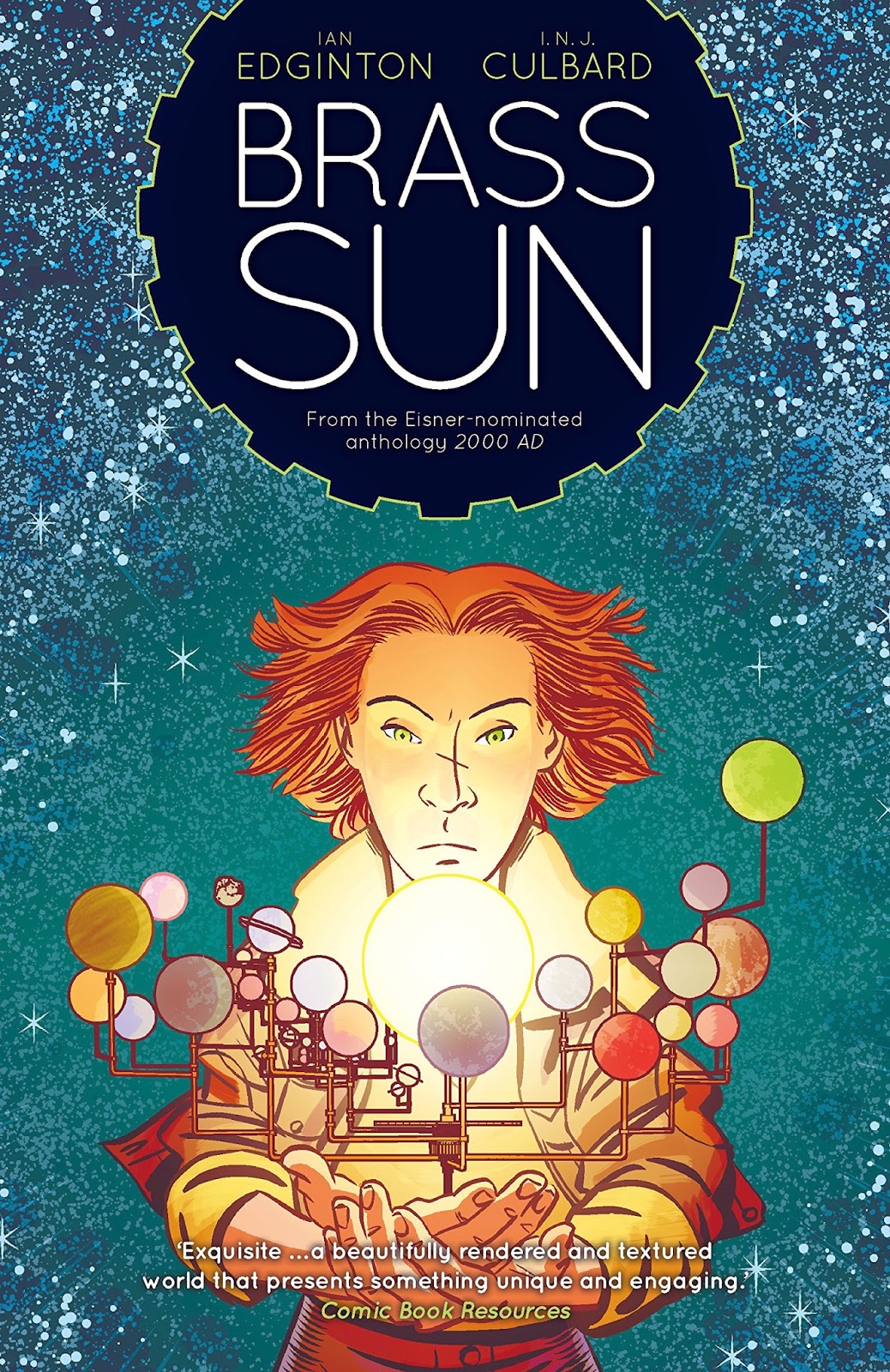 Ian Edginton & I.N.J. Culbard - Brass Sun - Published by 2000 AD Graphic Novels (4 Dec 2014)
The Orrery is a fully functional, life-size clockwork solar system, a clutch of planets orbiting a vast Brass Sun via immense metal spars. But the once-unified collection of worlds has regressed into eccentric fiefdoms, and ice is encroaching on the outer planets as the sun is dying. Wren and Eptimus must find the key to restart the sun, but first must escape the world known as The Keep...This is a wholly original new SF-clockpunk series from the bestselling artist of New Deadwardians and The Mountains of Madness, and the writer of Scarlet Traces and Stickleback.