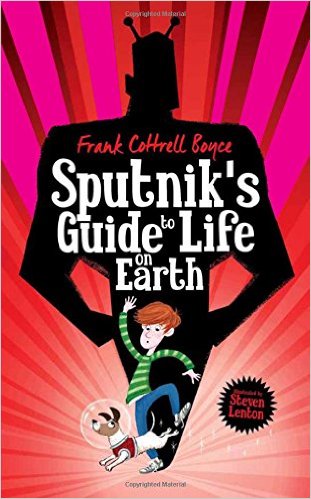 Sputnik's Guide to Life on Earth by award-winning author Frank Cottrell Boyce, with illustrations by Steven Lenton, will send your imagination into orbit!
The Blythes are a big, warm, rambunctious family who live on a small farm and sometimes foster children. Now Prez has come to live with them. But, though he seems cheerful and helpful, he never says a word.
Then one day Prez answers the door to someone claiming to be his relative. This small, loud stranger carries a backpack, walks with a swagger and goes by the name of Sputnik.
As Prez dithers on the doorstep, Sputnik strolls right past him and introduces himself to everyone in the household. Prez is amazed at the response. The family pat Sputnik on the head, call him a good boy and drop food into his mouth. It seems they all think Sputnik is a dog. It's only Prez who thinks otherwise.
But Prez soon finds himself having to defend the family from the chaos and danger unleashed by Sputnik, as household items come to life - like a TV remote that fast-forwards people: 'Anyone can do it, it's just that people don't read the instructions properly'; and a toy lightsaber that entertains guests at a children's party, until one of them is nearly decapitated by it - and Prez is going to have to use his voice to explain himself.

It turns out that Sputnik is writing a guidebook to Earth called Ten Things Worth Doing on Earth, and he takes Prez on a journey to discover just those ten things. Each adventure seems to take Prez nearer to the heart of the family he is being fostered by. But they also take him closer to the day that he is due to leave them forever . . . 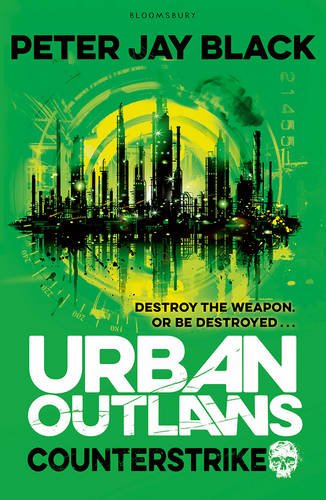 The Urban Outlaws face their biggest challenge yet. They have to break into the Facility and find the ultimate weapon - Medusa - before Hector does. But there are five levels of security to crack and a mystery room that has Jack sweating whenever he thinks about it.
But the clock is ticking. Hector is determined to have the weapon and release doomsday, and it is down to the Urban Outlaws to stop him. Can Jack come up with a plan in time?
The tension is high and the shocks are breathtaking in the fourth book of this high-octane adventure series for fans of Robert Muchamore, Anthony Horowitz and Alex Scarrow. urbanoutlawsbunker.com 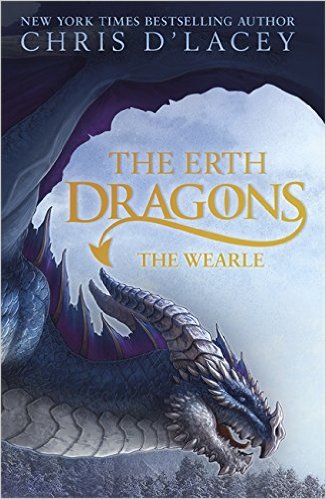 The Wearle came to Erth to find out what happened to their previous group, who never returned. Gabrial, a young blue dragon, is desperate to prove his worth. But the dragons aren't alone in the mountains.
Down beyond the scorch line, Ren, a young hom boy, is fascinated by the 'skalers'. But when he creeps into their territory, he sneaks out again with a wriggling baby wearling...
Dragon and boy's fates combine in this stunning new fantasy series. 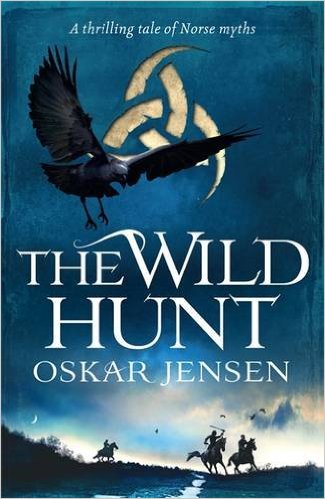 A thrilling tale of Norse Gods and a terrifying hunt ...Astrid - a Viking Princess - and Leif (a poet) are on the run, having been banished from Denmark. They are trying to escape to Sweden. But Grimnir, a cold blooded assassin, has been sent to kill them. And that is the least of their worries, for Leif has managed to offend Odin, the king of the Norse Gods, which means the dreaded Wild Hunt - Odin's hunt - is after them, and ready to take their lives in revenge ...An epic tale of battle, bloodshed and the terror of being hunted.