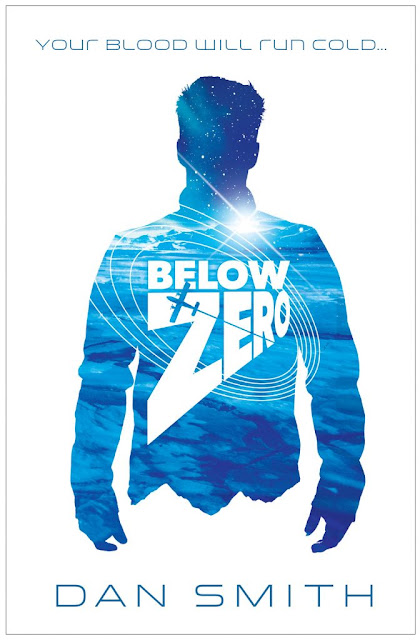 It's a pleasure to be the fourth stop on the Dan Smith Below Zero blog tour. He will be visiting some great bloggers along the way, so make sure you check them all out. The blog tour list is in the top right-hand corner of the blog.

Dan Smith's Below Zero was published by Chicken House books on the 4th of January 2018. I have also recently reviewed the book, please check that out here if you fancy doing so.

All stories need a good idea to start the process of writing a book. When the book is finished that idea might not be the same path you thought the story might take. This is Dan's guest post how the idea for Below Zero was formed and involves food and Barry Cunningham. Enjoy people. Bon appétit!

Some time ago, I was having dinner with my publisher and he mentioned that he’d been reading about the Mars One project. I hadn’t heard of it until then, but he told me just enough to spark my interest. ‘Could be a story in there somewhere,’ he said. Or, that’s how I remember it anyway. And when Barry Cunningham says there might be a story in it, it’s a good idea to take note!


So, Mars One is all about sending people to live on Mars. People from all over the world have applied to be in with the chance of travelling in groups of four on a one-way mission to colonise the red planet. It would take about a year to get there, and the plan is that they will never return to earth.


I’ll let you think about that for a moment. They will NEVER. Return to Earth.


Sounds completely crazy-bonkers, but Mars One claims that over 200,000 people have applied. That’s 200,000 people who want to leave earth and never come back.


Yep, there had to be a story in there somewhere. People leaving families behind, maybe? Someone running from something and getting as far away from it as possible? Survival in space? It needed investigation.


It turned out that these crazy-bonkers people would train in Antarctica, where conditions are the closest we have living on Mars. It’s tough there. Harsh. Isolated. Cold. Temperatures can drop as low as -90C, which is cold enough to freeze fuel and prevent planes from flying. At the coldest time of year, there’s no getting in or out, and most research bases are evacuated. There are abnormal day and night cycles, extremely dry air (did you know that Antarctica is our planet’s largest desert?) low oxygen levels, limited supplies, no variation in the environment, and parts of Antarctica are in continuous darkness for months on end.


Scary. Maybe even scarier than going into space?


Then I read about a 200km crack in the ice - ice that can be as thick as 4km in places - and I started wondering what might be down there. Waiting for us. And how long has it been there? Millions of years? Billions? So I began writing. I put my characters - Zak Reeves, his sister May, and his mum and dad - in a small plane, in the middle of the worst storm to hit Antarctica in years. When they finally reach Outpost Zero in one piece – a base where 32 people are training for a mission to live on Mars – they find it empty. Everybody has disappeared. The electricity is out, the communications are gone, and they face the prospect of being stuck there for six months in the cold darkness. As they search for the missing 32 people, strange things begin to happen with the machinery in the base; some of it seems to have a life of its own. And Zak begins to get visions, as if something out there, below the ice, is trying to contact him, trying to get inside his head. Something OLD. Something that has been waiting
. . . 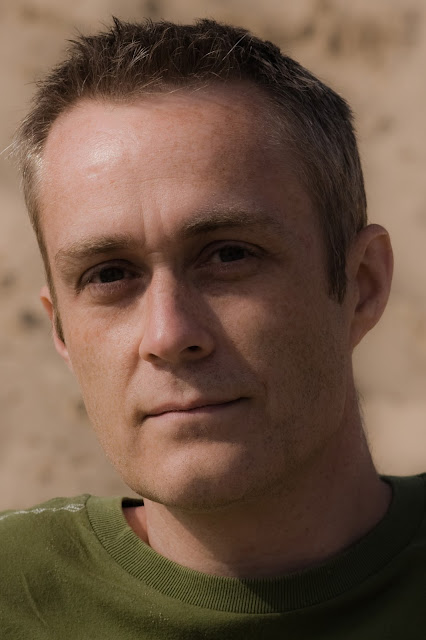 BELOW ZERO by Dan Smith out now in paperback (£6.99, Chicken House). Find out more at chickenhousebooks.com and connect with Dan Smith @DanSmithAuthor

Growing up, Dan Smith lived three lives: the day-to-day humdrum of boarding school, finding adventure in the padi fields of Asia and the jungles of Brazil, and in a world of his own, making up stories.
Dan's Chicken House novels include My Friend the Enemy, My Brother's Secret and Big Game, the latter of which is now a major movie starring Samuel L. Jackson. His fourth novel for Chicken House, Boy X, published in 2016, and his newest novel Below Zero is publishing January 2018.


Dan lives in Newcastle with his wife and two children.
SaveSave
Posted by Mr Ripley's Enchanted Books on January 15, 2018