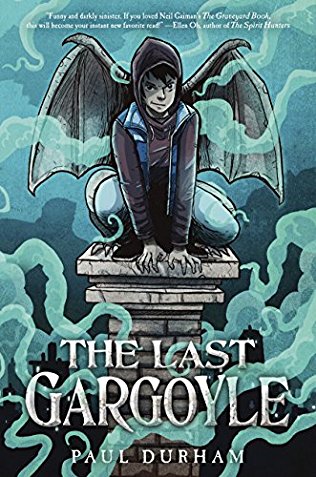 Fans of Jonathan Auxier's The Night Gardener and Neil Gaiman's The Graveyard Book will tremble with delight for this haunting tale about a lonely gargoyle who isn't alone at all.

Penhallow is the last of his kind. The stone gargoyle--he'd prefer you call him a grotesque--fearlessly protects his Boston building from the spirits who haunt the night. But even he is outmatched when Hetty, his newest ward, nearly falls victim to the Boneless King, the ruler of the underworld.

Then there's Viola, the mysterious girl who keeps turning up at the most unlikely times. In a world where nightmares come to life, Viola could be just the ally Penhallow needs. But can he trust her when every shadow hides another secret? Can he afford not to? 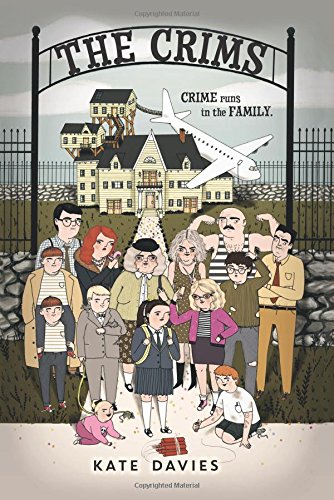 The Addams Family meets Despicable Me in the first book of this new trilogy, perfect for fans of Lemony Snicket and Pseudonymous Bosch!

The Crim family is full of notorious criminals. Notoriously inept, that is. Uncle Knuckles once tried to steal a carnival. Great-Uncle Bernard held himself hostage by accident. Aunt Drusilla died slipping on a banana peel. But Imogen is different. She was born with a skill for scandal. A knack for the nefarious. A mastery of misdemeanors.
Despite her natural talent for all things unlawful, Imogen got out of the family business years ago. But when the rest of the Crims are accused of pulling off a major heist—which seems doubtful, to say the least—Imogen is forced to step in to clear their names. Because only a truly skilled criminal can prove the bumbling family’s innocence…. 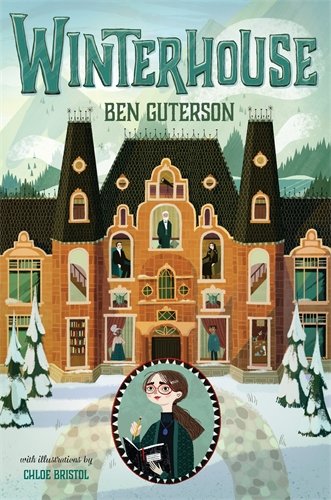 Orphan Elizabeth Somers’s malevolent aunt and uncle ship her off to the ominous Winterhouse Hotel, owned by the peculiar Norbridge Falls. Upon arrival, Elizabeth quickly discovers that Winterhouse has many charms―most notably its massive library. It’s not long before she locates a magical book of puzzles that will unlock a mystery involving Norbridge and his sinister family. But the deeper she delves into the hotel’s secrets, the more Elizabeth starts to realize that she is somehow connected to Winterhouse. As fate would have it, Elizabeth is the only person who can break the hotel’s curse and solve the mystery. But will it be at the cost of losing the people she has come to car for, and even Winterhouse itself?
Mystery, adventure, and beautiful writing combine in this exciting debut richly set in a hotel full of secrets. 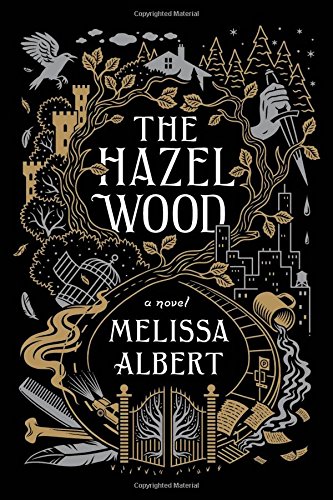 Seventeen-year-old Alice and her mother have spent most of Alice’s life on the road, always a step ahead of the uncanny bad luck biting at their heels. But when Alice’s grandmother, the reclusive author of a cult-classic book of pitch-dark fairy tales, dies alone on her estate, the Hazel Wood, Alice learns how bad her luck can really get: Her mother is stolen away―by a figure who claims to come from the Hinterland, the cruel supernatural world where her grandmother's stories are set. Alice's only lead is the message her mother left behind: “Stay away from the Hazel Wood.”
Alice has long steered clear of her grandmother’s cultish fans. But now she has no choice but to ally with classmate Ellery Finch, a Hinterland superfan who may have his own reasons for wanting to help her. To retrieve her mother, Alice must venture first to the Hazel Wood, then into the world where her grandmother's tales began―and where she might find out how her own story went so wrong.
Posted by Mr Ripley's Enchanted Books on January 08, 2018