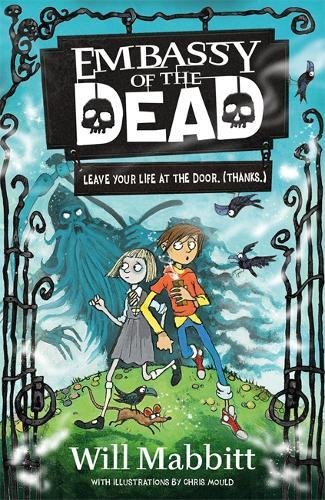 The first book in a spookily funny new series, where the living meets the dead and survival is a race against time. Perfect for fans of Skulduggery Pleasant and Who Let the Gods Out.
Welcome to the Embassy of the Dead. Leave your life at the door. (Thanks.)
When Jake opens a strange box containing a severed finger, he accidentally summons a grim reaper to drag him to the Eternal Void (yep, it's as fatal as it sounds) and now he's running for his life! But luckily Jake isn't alone - he can see and speak to ghosts.
Jake and his deadly gang (well dead, at least) - Stiffkey the undertaker, hockey stick-wielding, Cora, and Zorro the ghost fox - have one mission: find the Embassy of the Dead and seek protection. But the Embassy has troubles of its own and may not be the safe haven Jake is hoping for . . . Luke and his brother have swapped bodies by accident. Zack's got Luke's weird feet while Luke has Zack's SUPERPOWERS! Now he needs another world-threatening adventure to try them out. Could a family mini-break at Great Minds Leisure Park be his chance? Probably, because that's where his super-clever arch-enemy lurks, fermenting dastardly plans and bubbling gently... 'My Arch-Enemy Is a Brain In a Jar' is the fourth instalment of Luke's laugh-out-loud adventures. From the author of 'My Brother Is a Superhero', winner of the Waterstones Children's Book Prize and the British Book Industry Awards Children's Book of the Year, and 'My Gym Teacher Is an Alien Overlord', winner of a Lollies Laugh Out Loud 2017 Book Award. 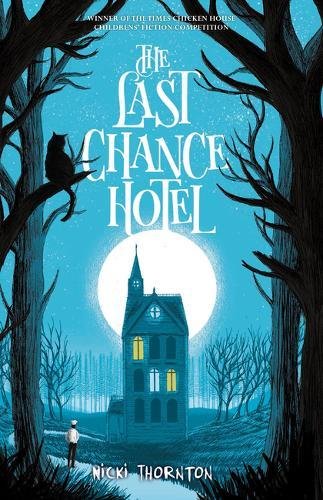 Seth is the downtrodden kitchen boy at the remote Last Chance Hotel, owned by the nasty Bunn family. His only friend is his black cat, Nightshade. But when a strange gathering of magicians arrives for dinner, kindly Dr Thallomius is poisoned by Seth’s special dessert. A locked-room murder investigation ensues – and Seth is the main suspect. The funny thing is, he’s innocent … can he solve the mystery and clear his name, especially when magic’s afoot?
Winner of the 2016 Times/Chicken House Children's Fiction Competition. Extract Here. 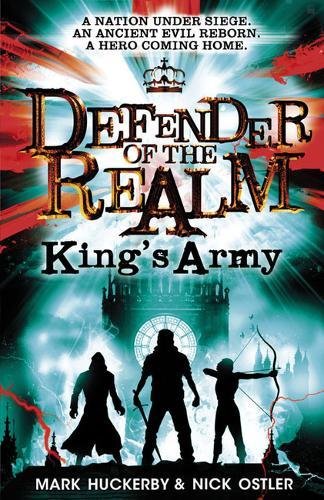 The thrilling conclusion to the trilogy! After the Defender's losing battle against the Black Dragon, the United Kingdom finds itself under the cruel control of "Lord Protector" Lock, the undead Viking invaders and the monstrous berserkers unleashed by the Raven Banner. King Alfie must raise an army and take back his country - or is that exactly what Lock's evil master wants him to do?
By Mr Ripley's Enchanted Books on June 06, 2018