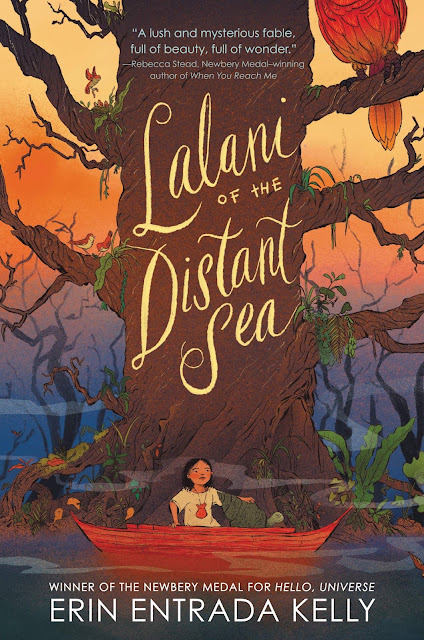 Newbery Medalist Erin Entrada Kelly’s debut fantasy novel is a gorgeous, literary adventure about bravery, friendship, self-reliance, and the choice between accepting fate or forging your own path.
When Lalani Sarita’s mother falls ill with an incurable disease, Lalani embarks on a dangerous journey across the sea in the hope of safeguarding her own future. Inspired by Filipino folklore, this engrossing fantasy is for readers who loved Grace Lin’s Where the Mountain Meets the Moon and Disney’s Moana.
Life is difficult on the island of Sanlagita. To the west looms a vengeful mountain, one that threatens to collapse and bury the village at any moment. To the north, a dangerous fog swallows sailors who dare to venture out, looking for a more hospitable land. And what does the future hold for young girls? Chores and more chores.
When Lalani Sarita’s mother falls gravely ill, twelve-year-old Lalani faces an impossible task—she must leave Sanlagita and find the riches of the legendary Mount Isa, which towers on an island to the north. But generations of men and boys have died on the same quest—how can an ordinary girl survive the epic tests of the archipelago? And how will she manage without Veyda, her best friend? 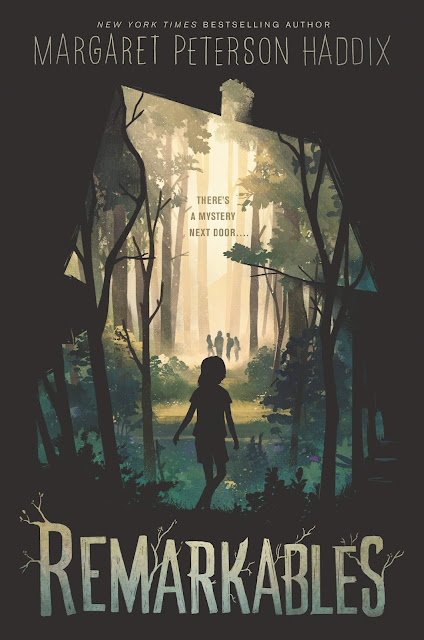 One minute they’re there: laughing and having fun at the house next door. The next minute, the teens are gone. Like magic. Marin can’t believe her eyes. Who are they? Can anyone else see them? What makes them so happy?
Marin is lonely in this new town of hers and eager to figure out more. Then she meets Charley, who reveals that he knows about them, too.
He calls them the “Remarkables.” Charley warns her to stay away from the Remarkables—and him. Charley and Marin both have painful secrets they’re holding on to, but could solving the mystery of the Remarkables help them both?
In addition to building an intriguing world filled with mystery, Haddix also grounds the story with real issues that many children face. Characters deal with the complexities of bullying, the guilt children experience when parents have addiction issues, and the uplifting power found in strong families of all shapes and sizes. 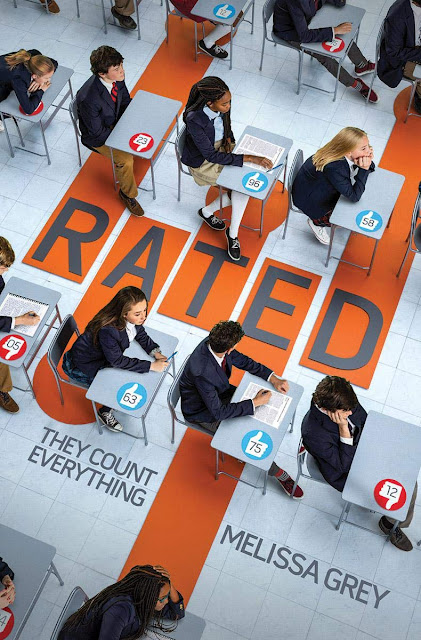 The ratings are real. One number, 0 to 100, determines your place in society. Earn a high rating, and the world is yours for the taking. But fall to zero, and you may as well cease to exist.

Societies thrive on order, and the Rating System is the ultimate symbol of organized social mobility.

The higher it soars, the more valued you are. The lower it plummets, the harder you must work to improve yourself. For the students at the prestigious Maplethorpe Academy, every single thing they do is reflected in their ratings, updated daily and available for all to see.

But when an act of vandalism sullies the front doors of the school, it sets off a chain reaction that will shake the lives of six special students -- and the world beyond. 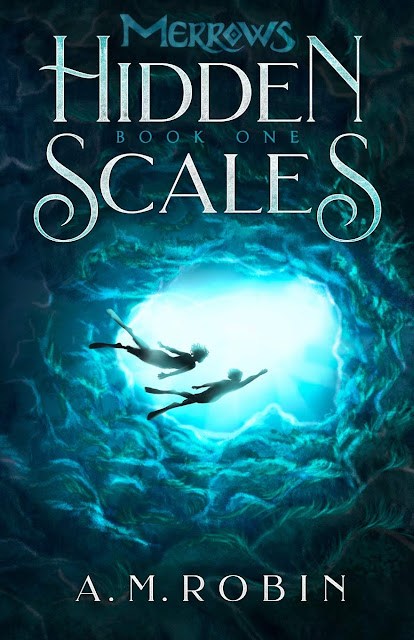 Merrows are supposed to be extinct. No one has seen the water-breathing creatures in over a century.
That's all eleven-year-old Mira has time to think as she stares at the silver scales that have spread over her foot before she accidentally triggers a curse that will change her world forever. She and her best friend, Peter, are forced to embark on a journey across the kingdom, escaping from ruthless spies who will stop at nothing to capture them before anyone else learns Mira's secret.

With the help of a runaway scholar and a familiar young boy who reveals that he, too, has just discovered that he is a merrow, the children begin to train to beat the spies at their own game. Before they can truly find safety, Mira must learn to use the mysterious powers of her people, or else she and her friends may never be able to return home again.
By Mr Ripley's Enchanted Books on August 19, 2019

Great work on the content for kids. Quite helpful to understand the important factors or points for the US kids and adult. Thanks really looking forward to reading more.