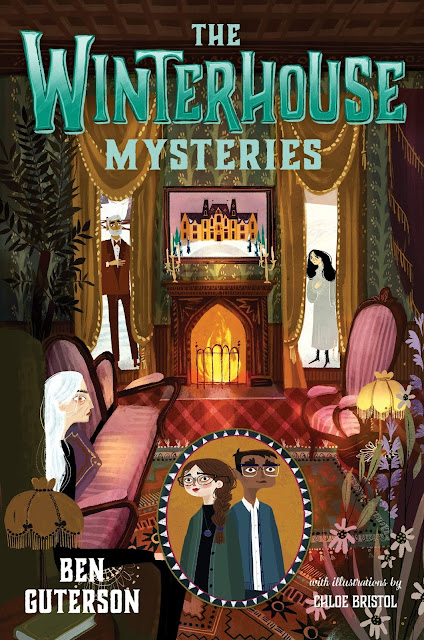 Danger, intrigue, and the power of family combine in The Winterhouse Mysteries, the fast-paced conclusion to Ben Guterson and Chloe Bristol's illustrated, enchanting Winterhouse middle-grade trilogy.
Its springtime at Winterhouse and Elizabeth is settling into the joyful chaos of her new home. But it isn’t long before she and Freddy are drawn into an ominous new mystery. Guests at the hotel start behaving oddly, and Elizabeth’s powers manifest in thrilling―sometimes frightening―new ways. As unnatural tremors shake the foundations of Winterhouse, Elizabeth hears cries for help from Gracella Winters, a villain she’d thought dead and gone for good.
Elizabeth’s discovery of a rare book containing secrets of an ancient ritual leads to a tragic realization: someone at the hotel is trying to help Gracella rise again. Can Elizabeth and Freddy banish these threats and protect the future of Winterhouse once and for all? 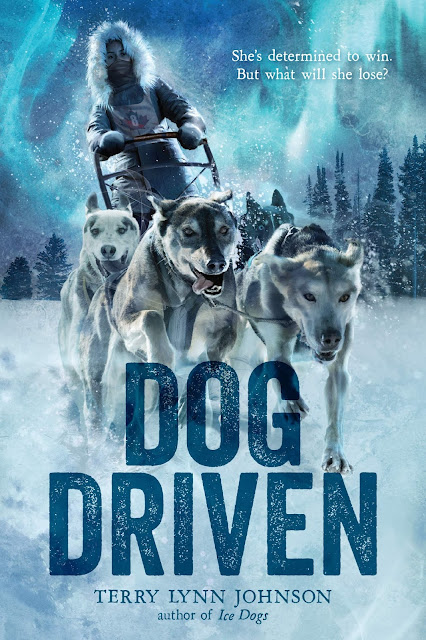 Terry Lynn Johnson - Dog Driven - Published by HMH Books for Young Readers (December 3, 2019) - ISBN-13: 978-1328551597 - Hardback
From the author of Ice Dogs comes a riveting adventure about a musher who sets out to prove her impaired vision won't hold her back from competing in a rigorous sled race through the Canadian wilderness. Perfect for fans of Gary Paulsen.

McKenna Barney is trying to hide her worsening eyesight and has been isolating herself for the last year. But at the request of her little sister, she signs up for a commemorative mail run race in the Canadian wilderness—a race she doesn’t know if she can even see to run.

Winning would mean getting her disease—and her sister’s—national media coverage, but it would also pit McKenna and her team of eight sled dogs against racers from across the globe for three days of shifting lake ice, sudden owl attacks, snow squalls, and bitterly cold nights.

A page-turning adventure about living with disability and surviving the wilderness, Dog Driven is the story of one girl’s self-determination and the courage it takes to trust in others. 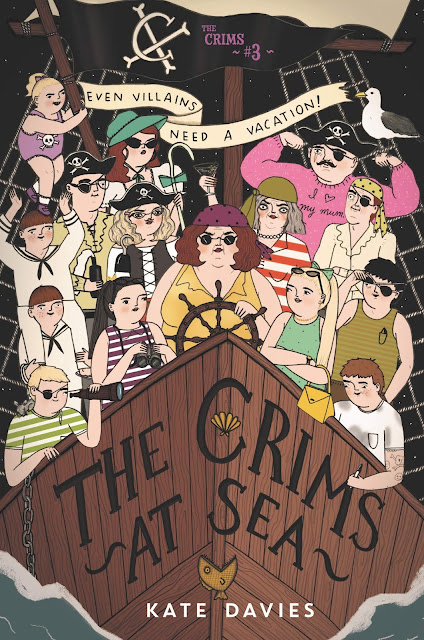 Kate Davies - The Crims at Sea - Published by HarperCollins Children's  (December 10, 2019) - ISBN-13: 978-0062494160 - Hardback
The hapless Crim family sets sail on their final adventure in the zaniest installment of the Crims series, perfect for fans of Lemony Snicket and Caroline Carlson!
Imogen Crim has been terribly bored since she returned to Blandington. So when her nemesis-turned-best friend Ava Kruk offers to swing by the Crims’ dreadful beach vacation in Dullport and rescue her in her stolen submarine, Imogen quickly agrees. A real heist with a real villain—this is the excitement Imogen has been looking for.
But before Imogen and Ava can accomplish their mission, the entire Crim family catches up to them, dressed in their pirate-y finest. And what starts as an innocent (well, for a boat full of criminals) quest for buried treasure is about to become a stand-off with an up-and-coming super-villain called The Gull.
If Imogen has any hope of saving her family from his claws—and returning to her vacation—she’ll have to trust a Kruk with her life. 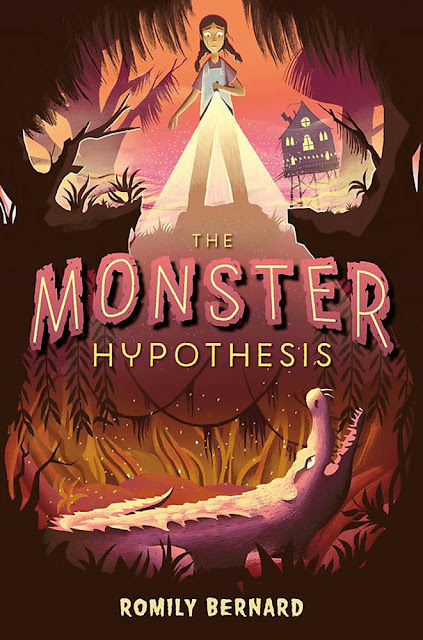 Welcome to Bohring-home to 453 people, 2,053 alligators, and one monster curse. Correction: home to 454 people, now that Kick Winter is living in the swamp Hollows with her Grandma Missouri, the town (fake) psychic. Bohring is anything but boring for Kick who has already blown a hole through the kitchen floor, befriended a chicken-eating gator, and discovered that the town's hundred-year curse is upon them.

It's the Bohring curse and all the kids are about to become monsters-or so the legend goes. People are worried-except for Kick. She knows there's a scientific explanation for everything, especially curses and monsters. But Kick is the new kid in school and she's determined to make a name for herself . . . by pretending to be psychic.

According to her calculations: one teeny-tiny life + (fake) psychic skills = popularity. But when kids start disappearing and glowing creatures start showing up, Kick's theory quickly evaporates in a puff of foul-smelling swamp gas. Can Kick use her (real) science smarts to prove the curse is a hoax? Or is it just-maybe-sort of-somehow possible the curse is here?
By Mr Ripley's Enchanted Books on December 02, 2019