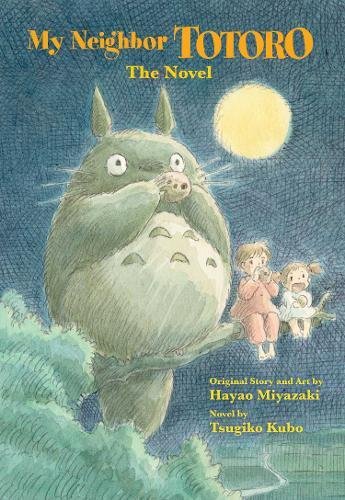 Hayao Miyazaki - My Neighbor Totoro: The Novel - Published by Viz Media (Fantastic short novel based on the classic Film)

The beloved animation classic by legendary Studio Ghibli director Hayao Miyazaki, My Neighbor Totoro is now retold in novel form. This prestige, hardcover edition features original illustrations by Miyazaki himself, accompanying a story written by veteran children's book author Tsugiko Kubo. Sure to delight both existing fans and new readers! Eleven-year-old Satsuki and her sassy little sister Mei have moved to the country to be closer to their ailing mother. While their father is working, the girls explore their sprawling old house and the forest and fields that surround it. Soon, Satsuki and Mei discover Totoro, a magical forest spirit who takes them on fantastic adventures through the trees and the clouds--and teaches them a lesson about trusting one another. 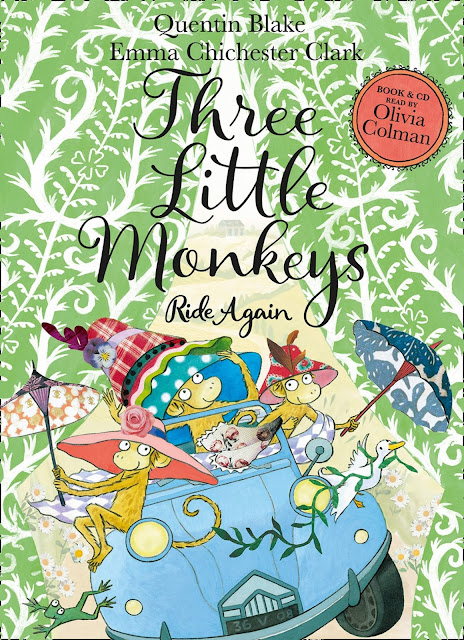 A remarkable collaboration – that brings together giants of the picture book world – to create a funny, anarchic and utterly delightful picture book. A classic of the future.
Beep! Beep! The three little monkeys are back in an irresistible new story!
Hilda Snibbs is taking her three mischievous monkeys to visit her mother in the country. But what is supposed to be a calm and peaceful holiday is soon filled with chaos and hilarious havoc!
Quentin Blake’s delightfully funny story is brought to life by Emma Chichester Clark’s beautiful mixed-media illustration in this landmark follow up to Three Little Monkeys. 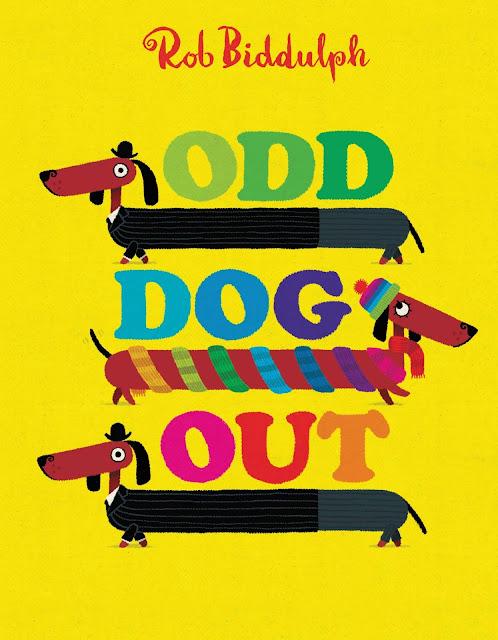 A heartwarming and poignant story from award-winning creator Rob Biddulph about the power of embracing your true colors. Perfect for fans of Peter Brown's Tiger Goes Wild.
It's a dog's life in the big, busy city, but there's one lonely pup who doesn't quite fit in. She behaves differently from the rest, sports rainbow in a sea of gray, and marches to the beat of her own drum.
She's one Odd Dog.
Join Odd Dog as she journeys to the other side of the world to find her place in it, only for her to discover that maybe she's meant to be right where she started.
And check out Rob Biddulph's other books for children, including:
Blown Away
The Grizzly Bear Who Lost His GRRRRR! 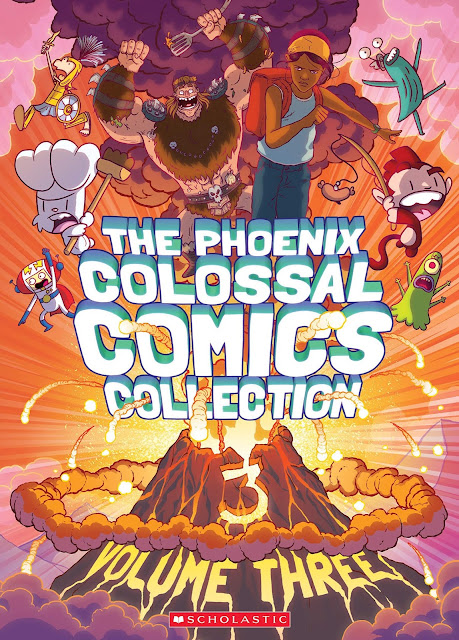 A stunning full-color bind-up of content from the amazing Phoenixcomic. From humor to adventure to nonfiction to puzzles to the just plain awesome, this bind-up is a smorgasbord for everyone.

Behold! The third epic compendium in The Phoenix Colossal Comics Collection is here!
Race across the country with the fastest girl in the land; follow the misadventures of a beefy barbarian chef; embark on a crazy odyssey through ancient Greece, alongside its hopeless hero.
From humor, to adventure, to non-fiction, to puzzles, to the just plain awesome, this bind-up is a smorgasbord for everyone. 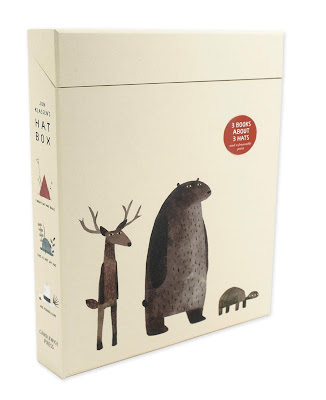 Multiple award-winning and bestselling author Jon Klassen's acclaimed and bestselling hat trilogy is now available for the first time as a hardback boxed set.
The bear's hat is gone, and he wants it back. A fish has stolen a hat; will he get away with it? Two turtles have found one hat, but the hat looks good on both of them... Jon Klassen's deliciously deadpan hat tales continue to surprise and delight readers of all ages, and they are all now available in one beautiful boxed set along with an exclusive frameable print. Included are:
I Want My Hat Back
This Is Not My Hat
We Found a Hat 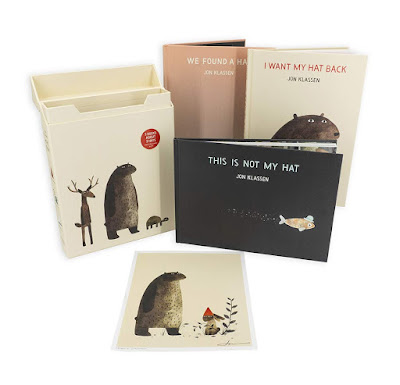