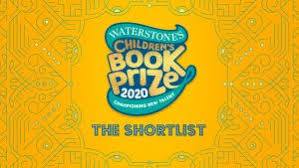 February: A beautifully illustrated celebration of hidden species, a vivid adventure story about a brave girl crossing the Himalayas and a thought-provoking collection of essays by gal-dem writers are amongst the eighteen shortlisted titles competing to win the Waterstones Children’s Book Prize 2020.

Every year Waterstones’ expert booksellers are called upon to vote for the books they believe are the very best in new children’s writing and illustration. Now in its sixteenth year, the Prize has evolved into one of the most prestigious accolades for children’s books in the UK.  It has become a formidable platform for emerging talent, demonstrating its enduring relevance by bringing the best new books to readers’ attention every year and launching the careers of many children’s book authors and illustrators.

Last year’s winner The Boy at the Back of the Class by Onjali Q. Raúf, Waterstones’ most successful winner yet, shot to the top of the bestseller charts following the Prize announcement and the novel saw an increase in sales of over 500%.

Florentyna Martin, Waterstones Children’s Buyer says: ‘One of the greatest pleasures in reading is the opportunity to explore, and this year’s authors and illustrators invite readers to join them on a voyage of discovery. In a shortlist of immersive fact and fiction, our booksellers have chosen to share narratives that offer readers of all ages the chance to explore a wide range of topics, from nature and identity to inner strength and the fabric of society. Whether meeting intriguing characters, navigating vibrant settings or uncovering thrilling plots, these books investigate what it means to understand yourself and the world around you.’

The shortlists consist of eighteen books across three categories. Six books will compete within each category to be crowned Category Winner, with the three category winners then vying for the overall title of Waterstones Children’s Book of the Year 2020.

Kate Skipper, Waterstones COO says: ‘The Waterstones Children’s Book Prize is a highlight of my year. Every year, our booksellers consistently select stories that invariably jump off the page and into the reader’s imagination. No screen can compete with the power of a child’s imagination, it really is a wondrous thing. The shortlists this year are brilliant; I don’t envy the difficult choices ahead for our booksellers as they try to pick this year’s winners.’

The Illustrated Books shortlist explores nature with passion and joy. Ben Rothery’s beautifully illustrated Hidden Planet opens a door to a lesser-known animal world, whilst in Look Up!, an energetic and joyful story about science and space by Nathan Bryon and Dapo Adeola, budding astronaut and science fan Rocket want to share her excitement about an impending meteor shower. Graham Carter’s eponymous Otto Blotter, Bird Spotter sets out to explore the world and discovers something extraordinary, and in the magical and fun-filled Once Upon a Unicorn Horn by Beatrice Blue, June unexpectedly finds tiny flying horses in her garden. The shortlist concludes with One Fox by Kate Read, a counting farmyard adventure with a surprising twist, and Me and My Sister by Rose Robbins, a touching story about two siblings whose bond is stronger because of their differences.

Exploring mysteries and discovering hidden truths dominates the shortlist for Younger Readers. Jasbinder Bilan’s Asha & the Spirit Bird vividly tells the story of Asha’s journey across the Himalayas to find her father, and the gripping historical novel Our Castle by the Sea by Lucy Strange tells a story of hidden truths and revelations set on the Kent Coast in 1939. In Sharna Jackson’s suspense whodunit High–Rise Mystery a marvellous young detective duo investigate a murder case, whilst in The Middler by Kirsty Applebaum, an unexpected meeting with an outsider causes Maggie to question what really lies behind the strict rules of her town. Exploring thoughts and feelings is at the heart of the final two novels on the shortlist. Sam Copeland’s hero in the delightful Charlie Changes Into a Chicken develops an inconvenient superpower and realises that what he really needs is the help of his best friends, whereas The Deepest Breath by Meg Grehan is a powerful yet tender verse-novel about Stevie who is confused about her feelings for another girl but, with the help of a librarian, builds up her courage to share the truth with her mum.

The Older Readers’ shortlist explores topics of inner strength and identity. Liz Hyder’s original and darkly atmospheric novel Bearmouth tells the story of Newt who has worked in the mines from a young age, simply accepting things as they are, until a new worker arrives and causes Newt to question everything. In Samira Ahmed’s chilling near-future dystopia Internment, Layla refuses to accept injustice and discovers her courage and the power of friendship, whilst I Will Not Be Erased is a thought-provoking and illuminating collection of essays by gal-dem writers about growing up as people of colour.  Jemima Small Versus the Universe by Tamsin Winter tells the young heroine’s journey of self-discovery and how she learns to be happy with who she is, whereas Emma Smith-Barton’s The Million Pieces of Neena Gill is a powerful and relatable story about a girl’s struggle with mental health. Concluding the shortlist is A Good Girl’s Guide to Murder by Holly Jackson, a page-turning mystery novel in which one girl does not believe what everyone else takes for the truth.

The winners will be announced at an evening reception at Waterstones Piccadilly (London), Europe’s largest bookshop, on Thursday 26th March 2020. The winner of each category will receive £2000, with the Overall Winner receiving an extra £3000. In the event that the Prize is awarded to a partnership, then the Prize money will be split equally between the joint winners.

The winning authors and illustrators will also see a significant boost in sales, and the promise of an ongoing commitment to their writing career from all Waterstones shops nationwide.

The full list of shortlisted titles (in alphabetical order by author) for the 2020 Prize are: 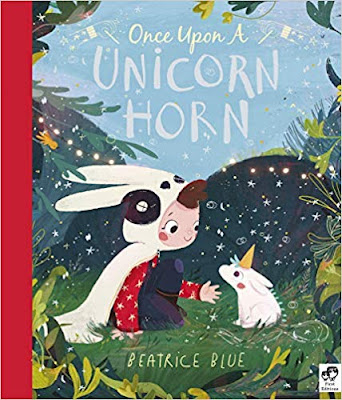 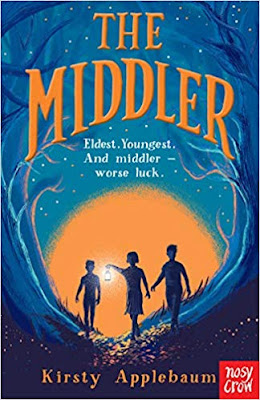 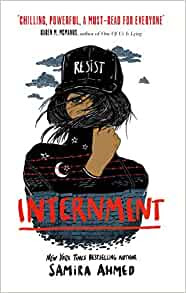 Books for Older Readers:
Internment by Samira Ahmed (Atom)
I Will Not Be Erased by gal-dem (Walker Books)
Bearmouth by Liz Hyder (Pushkin Children's Books)
A Good Girl's Guide to Murder by Holly Jackson (Electric Monkey)
The Million Pieces of Neena Gill by Emma Smith-Barton (Puffin)
Jemima Small Versus the Universe by Tamsin Winter (Usborne Publishing)
By Mr Ripley's Enchanted Books on February 09, 2020